The Country Without a Post Office By Agha Shahid Ali

‘The County Without a Post Office’ by Agha Shahid Ali is a haunting poem. It speaks about widespread bloodshed and violence in Kashmir.

‘The Country Without a Post Office’ was written in 1997 when the local Kashmiris took to guns to fight against the Indian rule in the state. The poem talks about the haunted and haunting experiences of widespread bloodshed and violence in Kashmir that resulted in total collapse of state machinery, including the breakdown of all the post offices in Kashmir. Originally called “Kashmir Without a Post Office,” the poem, “The Country Without a Post Office” is considered Agha Shahid Ali’s one of the best masterpieces; it is built on repetition and association instead of straightforward narrative logic, and consists of several types of recurring images as well as phrases. Dedicated to Ali’s life-long friend James Merrill, the poem continues to maintain the integrity of feeling in the midst of political violence and tragedy. The poem focuses on traditional forms, such as the sonnet, canzone, pantoum, sestina, terza rima, villanelle, ghazal.

The Country Without a Post Office has been penned down in four sections. Each section of the poem is composed of three eight-line stanzas (octaves) that rhymed as ABCDDCBA. This symmetrical, yet unconventional rhyme scheme narrates the movement of the speaker, who goes up and down the minaret, and in and out of the darkness. Each line of the poem consists of around ten syllables, providing one more restriction on the poet. These restrictions help in creating a tight linguistic environment that equals the suffocating emotional state of the speaker, who tries hard to understand himself and the reason for war raged in his homeland.

The poem, which can be read in full here, begins with an epigraph, which is quite similar to Gerard Manley Hopkins’s “Terrible Sonnets” that starts like: “I Wake and feel the fell of dark, not day.”

Again I’ve returned to this country
where a minaret has been entombed.
Someone soaks the wicks of clay lamps
in mustard oil, each night climbs its steps

We are faithful. On their doors we hang wreaths.
More faithful each night fire again is a wall
and we look for the dark as it caves in.

Above is the first section of The Country Without a Post Office wherein the poet speaker comes back to his country, Kashmir, where a “minaret has been entombed.” The poet sees a man who soaks the wicks of clay lamps in mustard oil and climbs the steps of the mosque each night to read messages that are scratched on planets. Through these lines, the speaker has tried to develop an introduction before starting his poem and by picturizing a person climbing the stairs and reading “messages scratched on planets,” he introduces the image of an astrologer, and when he starts canceling stamps bank stamps of the letters that have doomed addresses, he picturizes the images of a postal inspector whose function is to sort out and distribute the letters sent to the post office. The mention of doomed addresses on the letters further shows that many people have either migrated to some other places, or their homes have been burnt by the violence in Kashmir. Moreover, by mentioning minaret in the poem, the poet wants to show the Islamic culture wherein a minaret is used by a muezzin to call the faithful people to prayer.

In the second stanza, the poet brings to light the gory state of Kashmir, which has been facing communal conflicts since the 1990s. The violence in the state has been so widespread and bloody that people shift to the plain areas, or become refugees by leaving their ancestral properties. The Kashmir Valley, which is also known as “Paradise” for its beauty, today has become the valley of death of innocent Hindus and Muslims. The speaker says, “The soldiers light it, hone the flames, burn our world to sudden papier-mâché.” The reference of “us” and “them” in the fifth line of this section means the Hindus and Muslims, who are burning houses of each other. The speaker says, “Now every night we bury our houses—theirs, the ones left empty. And today there is no muezzin to call to prayer, but still, we are faithful in fighting back and burning houses of our brethren.

“We’re inside the fire, looking for the dark,”
one card lying on the street says, “I want
to be he who pours blood. To soak your hands.

Each post office is boarded up. Who will deliver
parchment cut in paisleys, my news to prisons?
Only silence can now trace my letters
to him. Or in a dead office the dark panes.

This section of The Country Without a Post Office though repeats previously used images, this time they have been used in a very different context. The words like “The fire” and “The dark” have been perfectly used to picture the unrest condition of Kashmir. When the speaker says, “One card lying on the street says, “I want to be he who pours blood,” he very smartly picturizes the ceased postal delivery system in the country. Here the speaker himself comes ahead to help “cancel stamps” and open the lines of communication.

In the second stanza of this part, the speaker brings forth a character that the speaker wishes to have a word with but gets unable. The stamps have no name of the nation, this may be because Kashmir isn’t an independent country, and both India and Pakistan are fighting on and on to capture this disputed territory. The narrator searches for this person through the ruins and smoldering houses, but can’t as “Everything is finished, nothing remains.”

The speaker makes use of symbolic images of fires and silence in the last stanza of this section. He does so to get a clue to the direction he should take. He says, “Only silence can now trace my letters to him, Or in a dead office the dark panes.”

“The entire map of the lost will be candled.
I’m keeper of the minaret since the muezzin died.
Come soon, I’m alive. There’s almost a paisley
against the light, sometimes white, then black.

His hands were seals to cancel the stamps.
This is an archive. I’ve found the remains
of his voice, that map of longings with no limit.

In the third section of the poem, the speaker assumes the role of the muezzin, and exhorts the faithful people to reach him and buy stamps before he leaves his ghost, or is killed by someone in the violence. He says, “I’m keeper of the minaret since the muezzin died. Come soon, I’m alive.” The use of phrases like “glutinous wash” means the backs of the stamps, which is wet now and will blossom into autumn’s final country.

Further, in the second stanza, the speaker talks about his own heart, and even talks to his different side. The inside fire he talks about is the fire of his own, and the various identities that he (Ali) has lived through as an Indian-born Kashmiri. The violence between the Hindus, Muslims, and the gory state of Kashmir has torn Ali apart. He empathizes with both communities. In the last stanza of the poem, the speaker finds his own voice by unearthing “the remains” of the voices of others, particularly the muezzin who is no more now.

I read them, letters of lovers, the mad ones,
and mine to him from whom no answers came.

Another ends: “The skin dissolves in dew
without your touch.” And I want to answer:
I want to live forever. What else can I say?
It rains as I write this. Mad heart, be brave.

Above is the last stanza of The Country Without a Post Office wherein the speaker himself takes the responsibility of reading letters that have piled up. He says, “I read them, letters of lovers, the mad ones, and mine to him from whom no answers came.” Through this line, he wants to say that my reading of the piled-up letters go vain as there is no one to answer, and there is no one who can listen to me. All my cries are like the dead letters, which were sent to this deaf world. Here he may mean that he did his best to bring into the rampant violence of Kashmir and the atrocities being done against Kashmiri, but no country and no organization came ahead to help Kashmir. Here he compares his cries to “dead letters sent/to this world whose end was near.”

The second stanza of the poem shows how the speaker (poet) shifts from “we” to “us” and signal that all these letters are own, and words written in them are our own cries that break like bodies in prisons. The speaker is now into a realm of madness, of indistinguishable identity. He is lost, watching just his own “Mad silhouette.” The speaker uses the letters of a prisoner in the final stanza to metaphorically comment on his own situation and desperation. In the last few lines of the poem, the poem becomes personal when the speaker states, “I want to live forever,” this may be because he himself is about to die.

The poem The Country Without a Post Office is undoubtedly one of the best masterpieces of Aga Shahid Ali. The poem vents out the pangs of the poet who is internally broken by the widespread violence in Kashmir, and how the government machinery like post offices stopped working due to the communal distress between the Hindus and Muslims communities. Through the poem, the poet, who acts as a speaker in the poem, brings forth and picturizes the realistic pictures of Kashmir violence, and left the postal machinery of the country completely halted.

Agha Shahid Ali is well-known for writing poetry related to lose and longing, pangs and pains. Born in Delhi on February 4, 1949, but raised in Kashmir in an enlightened, sophisticated, and culturally-rich Muslim family, Ali obtained his master’s degree in English from Delhi University and later immigrated to the United States in 1976, to obtain a Ph.D. in English from Pennsylvania State University. Though he claimed Urdu as his mother tongue, he wrote his first poem in the English language when he was just twelve years old. Almost all of his poetic works have been written in ghazalesque style. A large number of Ali’s poetic works revolve around Kashmir and Kashmiris. In almost all of his poetic works, he has picturized the pitiable state of Kashmir, which has been crippled by the continuous violence.

Home » Agha Shahid Ali » The Country Without a Post Office 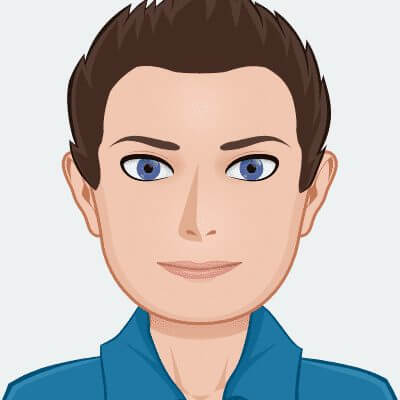 Dharmender is a writer by passion, and a lawyer by profession. He has has a degree in English literature from Delhi University, and Mass Communication from Bhartiya Vidhya Bhavan, Delhi, as well as holding a law degree. Dharmender is awesomely passionate about Indian and English literature.
Subscribe
2 Comments
Newest
Oldest Most Voted
Inline Feedbacks
View all comments