Written in the aftermath of a close friend’s death, Ulysses is an attempt by Alfred Tennyson to come to terms with the loss. Taking one of the most famous characters from one of the most famous stories ever told – Ulysses (otherwise known as Odysseus) from Homer’s epics, the Iliad and the Odyssey – and repurposes the story to fit Tennyson’s themes. The story of Ulysses is perhaps most famous for the kidnapping of Helen of Troy and the efforts of Ulysses and his men to take her back from the Trojans. Homer’s story involves the Trojan horse, the Cyclops, and Ulysses’s efforts to make it back home to reach his wife, Penelope, and his son, Telemachus.

What is Ulysses about?

Throughout the poem, Tennyson attempts to imagine life from the perspective of the title character, Ulysses. After ten years away from home, the Greek is now faced with the prospect of one final voyage. But, after a decade of adventures, the character dwells on whether he wants to remain with the mundanity and boredom of life at home, as well as whether he is the same man who left all those years ago.

Put simply, Ulysses is a man of adventure. The poem focuses on whether he could ever tolerate a simple, traditional home life. Instead, he imagines life on the open seas, the perils of his adventures, and the chances to demonstrate his bravery. But he is growing old. Looking back over his life, as well as his present and potential future, Ulysses considers how he feels about his own mortality.

Character – Speaker of the Ulysses

The speaker of the poem, the one who guides us through the poem is Ulysses. In his current state, he is a king and a soldier, a man approaching retirement with one journey left to make. He’s an old man, one who has seen the world and battled against the worst of it. Most of the time, he won. Nowadays, he’s ruling his kingdom of Ithaca, doling out ‘unequal laws unto a savage race.’

But now, as he looks back over his life spent ‘always roaming with a hungry heart,’ Ulysses begins to take stock of what his adventuring has done to him. As he works through his memories and considers his current position, he gets more and more agitated, more and more passionate. By the finale, he’s convinced himself that he still has enough fight left in him, that he’s not yet ready to become just another ‘idle king.’

From the domestic memories of the opening, Ulysses convinces himself of the value of battle. Over the course of the piece, we learn that his character will never be truly satisfied unless he is facing off against a foe. He hopes, in earnest, ‘to strive’ and never ‘to yield.’ If he never gave up in battle, why should he give up and settle for a simple home life now?

The form Tennyson uses throughout the poem is important. The text takes the form of a dramatic monologue, delivered directly to the audience. There is not exactly an intended target – not the protagonist’s son or wife – but more, the world at large. In fact, in the 49th line, Ulysses does make one indication of who his audience might be, suggesting that both ‘you and I are old,’ indicating the aged nature of the world around him, hoping to elicit some sympathy from the reader.

This form is slightly different from a soliloquy (such as we might see in one of Shakespeare’s plays) in that it is not spoken to a theatrical audience, but rather to the wider readership. You can think of it as one half of a conversation.

To better deliver this, Tennyson elects to use a very specific meter. An incredibly talented poet, Tennyson knew exactly how to fit his words into the exact structural templates he selected. In this instance, he chose iambic pentameter, a traditional form used in the English language. This choice means that every line has ten syllables, split into five groups of two (known as ‘iambs’ or ‘feet.’) Each one of these two-syllable features first an unstressed syllable, followed by a stressed one. For example:

It little profits that an idle king

Breaking this down, we can see the unstressed/stressed syllables as:

To strive, to seek, to find, and not to yield

Perhaps the most famous line in the poem, the closing line demonstrates how iambic pentameter most obviously adds a pounding rhythm, formally imposed by the meter. Having resolved to turn his attentions back to adventure, Ulysses thoughts beat with the definitive pounding of a war drum and this is reflected in the poet’s arrangement of the words.

But occasionally, Tennyson throws in a slight variation. In the 69th line, for example, the words ‘made weak’ are both stressed, implying the revulsion and disgust the speaker feels about such a subject, almost as though he is spitting them out. When there is two stressed syllables in a meter such as this, we refer to it as a ‘spondee.’

Another variation is a ‘trochee,’ which refers to swapping around the stressed and unstressed parts of the syllables. In line 7, for example, ‘Life to’ places the stress very much on the first word of the line, emphasizing its importance. Little variations such as these can help to add a more natural feel to language, seeing as no one really speaks in iambic pentameter at all times.

Tennyson makes use of literary works that came long before him. Both Homer’s the Iliad and the Odyssey are used, as well as Dante’s Inferno, in which Ulysses makes an appearance. As we learn in Homer’s work, before Ulysses can return home after his epic voyage, he will undertake one last voyage. While we don’t know exactly what Homer had in mind (it’s not been passed down) we do know what Dante thought the voyage might entail. In Dante’s Inferno, Ulysses discovers that he has a strong urge to see the world after growing restless at home in Ithaca. Dante paints Ulysses as a tragic figure, one who dies when sailing out too far, perishing while trying to satiate his desire for adventure. Tennyson builds on this, picturing Ulysses at home in Ithaca, having become the ‘idle king’ he loathes, yearning to return to the sea.

By taking the legend of Ulysses, Tennyson explores feelings from his own life. Just after the death of his friend, Arthur Henry Hallam in 1833, Tennyson found himself thrust into the role of Ulysses. Confronted by the death of his friend, Tennyson noticed a sudden urge to drive forwards in life and not settle for the commonplace. As stated in the poem, ‘death closes all,’ enlightening the poet to the need to make the most of his life before it escapes him.

The poem’s final lines are the most famous. The need ‘to strive, to seek, to find, and not to yield’ fits into the Victorian urge to escape the tedious nature of day-to-day life, to achieve a level of mythical fame reached by the classical heroes, to travel ‘beyond the sunset, and the baths of all the western stars.’ Tennyson doesn’t want to conform, he wants to challenge himself, and he wants to break new ground before his inevitable death. Just like Ulysses, Tennyson wants to go out adventuring rather than settle for regular life. 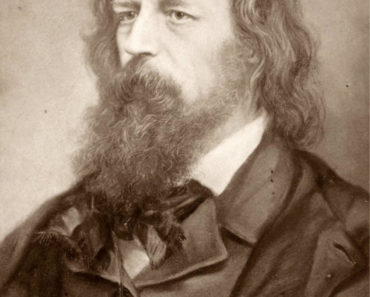 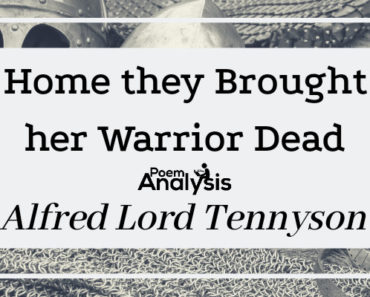 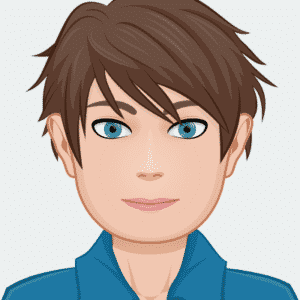 Huw has a keen eye for poetry after studying English Literature, Creative Writing, and Film up to a post graduate level. He joined the Poem Analysis team back in November 2015 to analyse poetry from the past and present.