On a Drop of Dew by Andrew Marvell

In ‘On a Drop of Dew’ by Andrew Marvell, the central idea is that the human soul comes into this world from heaven and that it is anxious to go back there as soon as possible. The two opening stanzas describe a dew-drop as it lies, trembling, on a rose-petal. The dew-drop is scornful of the flower on which it lies and keeps gazing at the sky from where it came. It feels restless all the time until the sun takes pity on it and arranges for its flight back to heaven through the process of evaporation.

Explore On a Drop of Dew

‘On a Drop of Dew’ by Andrew Marvell uses the metaphor of a dew-drop to depict the transcience of the soul.

‘On a Drop of Dew’ by Andrew Marvell, the human soul is like a dew-drop. It comes into this world from heaven, and still remembering its original abode. The soul avoids contact with the pleasures and attractions of this world because it keeps thinking of its real home which is heaven. However, its pure thoughts do express its heavenly character even though it has to dwell in an inferior abode which is ironically the human body.

The soul is still in love with heavenly things and is always in a state of readiness to fly back to heaven. In this respect, the soul is like Manna, the heavenly food, which appeared on the earth in a frozen shape and which, after the Israelite had consumed as much of it as they needed, evaporated and went back to the heaven from where it had come.

You can read the full poem On a Drop of Dew here.

‘On a Drop of Dew’ expresses a philosophical or metaphysical idea which is that the human soul comes into this world from heaven and that, during its stay here, it feels all the time a strong desire to go back to its original home. All the time the soul is ready to go its native sphere: “how girt and ready to ascend”.

On a Drop of Dew opens with a metaphysical conceit which is to be found in the manner in which a dew-drop is described. First, the dewdrop seems to have been shed from the bosom of the Morning (which has been personified).

Then the dew-drop is depicted as being indifferent to its new mansion (which is the crimson rose), and this is another conceit. This particular conceit receives emphasis when the idea of the indifference of the dew-drop to the rose is repeated in the following line of the next stanzas: “How it the purple flower does slight”.

Another conceit follows when the poet says that the dew-drop keeps gazing back upon the skies, shinning with a mournful light. Perhaps the most striking metaphysical conceit in ‘On a Drop of Dew’ occurs in the line: “Like its own tear,” which means that the dew-drop seems to be a tear which has been shed by itself.

The dewdrop has shed a tear because it feels sad on account of its separation from the upper regions from which it has come. The idea that the sun takes pity upon the sad dew-drop and sends it back to heaven is yet another conceit. Thus, we have a whole series of conceits in the first two stanzas. The poem is metaphysical both by a virtue of its theme (which pertains to the soul) and by virtue of its conceits.

The human soul is called “a dew-drop”; it is also called “a ray of the clear fountain of eternal day”, a phrase in which two metaphors are interwoven. Then the pleasures and temptations of this world are described through the metaphor of “sweet leaves and blossoms green”. Next, the soul is imagined as being “wound in a coy figure”. Finally, the soul is compared to “Manna’s sacred dew”.

Another feature of the poem is the constant alternation between heaven and earth, between “here” and “there”. A dozen times the sense passes from here up to there, and a dozen times from there back to here. It is as if Marvell had taken a hint from Shakespeare’s famous lines describing a poet at work:

The poet’s eyes, in a fine frenzy rolling,

Doth glance from heaven to earth, from earth to heaven.

Analysis of On a Drop of Dew

See how the orient dew,

Shed from the bosom of the morn

Into the blowing roses,

Yet careless of its mansion new,

For the clear region where ’twas born

Round in itself incloses:

And in its little globe’s extent,

Frames as it can its native element.

See how the sparkling dew-drop, which has fallen from the breast of the Morning into the blossoming roses, remains heedless of its new, but temporary abode. The dew-drop originated in the clear regions of heaven, and its round shape seems to enclose within it the round sphere from where it has come. The dew-drop contains the water of which it is made within its tiny, round shape.

How it the purple flow’r does slight,

Scarce touching where it lies,

But gazing back upon the skies,

Shines with a mournful light,

Because so long divided from the sphere.

Restless it rolls and unsecure,

Trembling lest it grow impure,

Till the warm sun pity its pain,

And to the skies exhale it back again.

The dew-drop is scornful of the crimson flower on which it lies. In fact, it seems hard to touch that flower. On the contrary, the dew-drop keeps looking at the sky wistfully and shinning with a melancholy light. In its sad mood, it sheds a tear, and that tear is the dew-drop itself.

The dew-drop is sad because it has been separated from its heavenly sphere for a long time. The dew-drop feels unsafe in this world; it rolls restlessly, and it trembles with fear lest it should become impure by continued contact with this world.

Ultimately the warm sun takes pity on it in its suffering and helps it to go back to heaven through the process of evaporation.

So the soul, that drop, that ray

Of the clear fountain of eternal day,

Could it within the human flow’r be seen,

And recollecting its own light,

Does, in its pure and circling thoughts, express

The greater heaven in an heaven less.

In the same way, the human soul, which is like a dew-drop and which is like a ray of the heavenly sun, comes from heaven and dwells within the human body which is to it what the flower is to the dew-drop. The soul, though not visible, remembers always its original abode in heaven and avoids the pleasures and temptations of this world.

The soul has memories of its own original brightness and, through its pure thoughts moving in circles, reveals the true heaven through inferior heaven which is the soul itself.

In how coy a figure wound,

Every way it turns away:

So the world excluding round,

Yet receiving in the day,

Dark beneath, but bright above,

Here disdaining, there in love.

How loose and easy hence to go,

How girt and ready to ascend,

Moving but on a point below,

It all about does upwards bend.

In these lines of ‘On a Drop of Dew’, the soul is wound in a very modest figure, and it turns away in every direction. It excludes the round world, and yet allows the light of the heavenly day to fall upon it. It looks dark below on the earth, but bright above in heaven. The soul finds it easy to go away from here (back to heaven), and it will then have a sense of freedom. It is prepared and ready to climb to heaven. Treading as a single point below, it is poised for its flight upward.

Such did the manna’s sacred dew distill,

White and entire, though congealed and chill,

Congealed on earth : but does, dissolving, run

Into the glories of th’ almighty sun.

Similar to the soul was Manna, the sacred food which God sent to the Israelites in the form of dew. Manna was white and entire, though it was frozen and cold. Manna was frozen when it appeared on the earth, but it melted and evaporated in the heat of the sun, thus going back to the glory of heaven. In the same way, the soul seems frozen here on the earth but it too will go back to the glorious and Almighty Heaven.

The poem, ‘On a Drop of Dew’, by Andrew Marvell is another poem of cool self-sufficiency, versed impersonal terms, the only emotion the dew-drops worried yearning to return to the peaceful, quiet heaven whence it came. “Dew” is a subject treated in emblems and emblem-poems; Marvell lengthens the form, so to speak, in this poem, to unite the visual elements with a religious meditation, extended over considerable time.

Noticeably, many visual elements of ‘On a Drop of Dew’ have their counterparts in still-life painting; indeed, the meditation and the still-life, in particular, that sort called “Vanitas”, share the theme of seeing through the emptiness of materiality into the permanent spiritual meanings of religious value.

Dew-drops or drops of water challenged painters’ skill, as also the tears to which they are inevitably likened. The painter’s task is to render the crystalline quality of water-drops against a background of color and form, showing the texture of the background through the surface, at once transparent and reflecting. Marvell’s dew-drop lies on a rose-leaf, where

it the purple flower does slight,

Scarce touching where it lies,

Restless it rolls and unsecure,

Trembling lest it grow impure.

In the poem, the dew-drop maintains its purity even to the extent of shunning “the sweet-leaves and blossoms green”, and the “world excluding round”. The spherical shape of the dew-drop corresponds to the sphere whence it came and expresses also the necessary inward attention and self-concentration of pure virtue.

It mourns while on earth; it is “its own tear”; and it keeps itself uncontaminated by the world, even though the world of its environment is so lovely. Its virtue is distilled, “white”, “entire”, “congealed”, and “chill”, world-rejecting and emotion-rejecting, it exists until it can, dissolving, “turn into the glories of the Almighty Sun”.

Home » Andrew Marvell » On a Drop of Dew 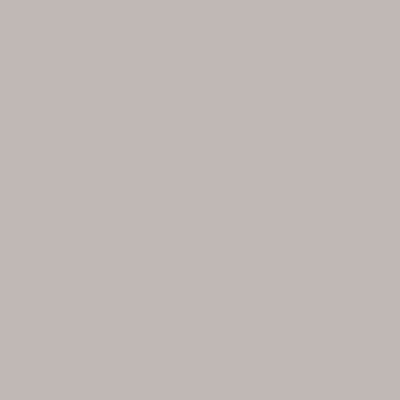 Dharmender is a writer by passion, and a lawyer by profession. He has has a degree in English literature from Delhi University, and Mass Communication from Bhartiya Vidhya Bhavan, Delhi, as well as holding a law degree. Dharmender is awesomely passionate about Indian and English literature.
Subscribe
0 Comments
Inline Feedbacks
View all comments