‘Despondency’ by Anne Brontë is a spiritual poem about rekindling one’s passion for God. The poem hinges on the speaker’s self-reflection and the emotions it stirs in them.

‘Despondency’ by Anne Brontë is a lyrical poem portraying a speaker’s waning passion for God and their desire to revive that passion. Despite the title, it is one of the few somber Anne Brontë poems with a hopeful ending. Like most of Brontë’s poems, ‘Despondency’ is devotional and introspective.

‘Despondency’ by Anne Brontë is a Christian poem revealing the thoughts of a speaker on their waning passion for God.

‘Despondency’ begins with the speaker’s “aha” moment. It suddenly dawns on the poet persona that their “work” has regressed. (Later in the poem, readers get to know the speaker’s “work” is seeking God.) They mention how weak their spirit has become—hinting at the spirituality of the poem—before asking how they can be free from fatigue. Readers begin to understand the urgency of the speaker’s question as they glimpse moments of intense passion from the speaker’s past. The persona’s craving for God so deeply that they cried often provides a sharp contrast to their present state. Though the speaker doesn’t reveal how they’d got to that state, recalling their past grieves them.

Towards the end of the poem, grief leads to lamentation. The speaker moans about how they walked away from their work and expresses a strong desire to return to it. In conclusion, the outburst simmers down and the speaker becomes more hopeful. They encourage themselves to pray—and “not despair”—for their passion for God to be rekindled.

‘Despondency’ by Anne Brontë comprises eight stanzas: one octet and seven quatrains. The poem has the rhyme scheme ABCBDEFE GHIH JKLK MNON PQRQ STUT VCWC TXIX, each stanza featuring at least one simple four-line rhyme. ‘Despondency’ alternates the number of syllables per line, generally forming an 8-6-8-6 pattern. This means, in a stanza, the first line comprises eight syllables, the second line comprises six syllables, the next line features eight, the one after features six and so it continues. The lines comprising eight syllables are often written in iambic tetrameter; the lines composed of six are mostly written in iambic trimeter. The punctuations used indicate pauses and express strong emotions. Brontë heavily employs enjambment throughout the poem.

Brontëmakes use of several literary devices in ‘Despondency.’ These include but are not limited to:

I have gone backward in the work,

The labour has not sped,

Drowsy and dark my spirit lies,

Heavy and dull as lead.

How can I rouse my sinking soul

From such a lethargy?

How can I break these iron chains,

And set my spirit free?

‘Despondency’ begins with the poet persona’s moment of realization: they are no longer working as hard and fast as before. The speaker’s language is highly visual. With words like “iron chains”, “heavy”, and “dark”, readers can imagine how tired and bound the speaker feels. The diction immediately casts a somber spell over the poem. Being a Brontë poem, this is hardly a surprise.

However, the questions asked later in the stanza show that the speaker wishes to make progress in their “work.” This desire sets the stage for the next stanza and the entire poem. By sharing their wish, the persona sparks the readers’ curiosity as to whether they end up productive again. From the get-go, the speaker narrates to the audience in a stream of consciousness. This narrative technique highlights the lyrical and introspective nature of ‘Despondency.’

There have been times when I have mourned,

In anguish o’er the past;

And raised my suppliant hands on high,

While tears fell thick and fast,

The speaker recalls productive moments from their past, further emphasizing the stream of consciousness technique. Through their memories, readers piece together the meaning of “work” from stanza one. Lines 3 and 4 especially hint at the work’s religious nature. By using the word “suppliant,” the speaker tells readers they are appealing to an authority. Over the years, humans have come to associate the raising of hands up high while crying to Christian worship. Lines 1 and 2 even allude to a prayer in the Bible—in Romans 8:26—calls “groanings.” From these indications, readers know the speaker’s work is actually worship. The poet uses a comma to end the stanza, showing the persona’s reminiscence will continue.

And prayed to have my sins forgiven

With such a fervent zeal,

An earnest grief — a strong desire

That now I cannot feel!

The third stanza of ‘Despondency’ continues the speaker’s musings. However, the persona’s language becomes stronger as more memories resurface. This introduces a sense of urgency in the poem. One can imagine the persona’s pitch rising in desperation while they read. Also, the speaker reveals another aspect of their “work”—praying with zeal. This imagery the speaker creates contrasts their present state. By describing a time of productiveness and regression, the persona paints a picture of the zealous and lukewarm Christian, both of which have found expression in them.

And vowed to trample on my sins,

And called on Heaven to aid

My spirit in her firm resolves

And hear the vows I made.

‘Despondency’ still builds on the speaker’s memories, highlighting the theme of salvation in stanza four. The speaker describes the first step to becoming Christian: confessing and forsaking one’s sins. While they mention “Heaven” as a witness to this step, “Heaven” is a metonymy for God and His angels. It also alludes to the Bible verse, Luke 15:7-10, which speaks of angels and heaven as a whole rejoicing over the salvation of one soul. When applied to the stanza, the allusion unveils the sense of intimacy the speaker must have had with their faith. It enables readers to understand why this lost connection troubles the speaker deeply.

And I have felt so full of love,

So strong in spirit then,

As if my heart would never cool

Or wander back again.

In this stanza, the persona describes the benefits they (once) derived from their intimacy with God. Mentioning “love” in line 1 starts stanza five on a light note, but the remaining lines quickly turn this stanza bittersweet. At this point, the speaker’s tone has lost its sense of urgency; they are back to being sober.

Even if one isn’t religious, one can relate to the speaker’s emotions. This stanza’s theme of longing is universal; many can understand the craving for a long-lost connection with something or someone. Nonetheless, this stanza is especially potent for lukewarm Christians seeking to reconnect with God.

And yet, alas! how many times

My feet have gone astray,

How oft have I forgot my God,

How greatly fallen away!

In stanza six, the speaker reintroduces the sense of urgency. As they lament about how far they’ve fallen from their faith, their wailing intensifies. The fluctuations in the speaker’s emotions make them appear almost dramatic, but ultimately human. Readers feel the speaker’s guilt strongest in this stanza. By saying “how many times” in line 1, the persona implies that this isn’t the first time they’ve lost the zeal for their faith.

And Hope within me dies,

And Faith itself is wavering now,

O how shall I arise!

Stanza seven of ‘Despondency’ brings readers back to the speaker’s present state. Here, the speaker details the “ongoings”—or the lack thereof—in their disposition. The Bible—specifically Matthew 24:12—confirms the mentioned occurrences in this stanza to be signature attributes of lukewarm Christians. In fact, the persona seems to have taken the description in line 1 straight from the referenced verse. The similarity between the speaker’s thoughts and many Bible verses further underscores how deep their connection to God is. It heightens the readers’ sadness—or sympathy—at this lost connection. The last line echoes the speaker’s own sadness mixed with a desire to rekindle the zeal for their faith.

I cannot weep but I can pray,

Then let me not despair;

Lord Jesus, save me lest I die,

And hear a wretch’s prayer.

In the last stanza, a quiet confidence completely replaces the speaker’s desperation. At this point, ‘Despondency’ also transitions from introspective thought to prayer. The source of the speaker’s newfound confidence is their belief in Jesus Christ, to whom they pray.

Stanza eight might be the conclusion of the poem, but it represents a hopeful beginning. From the speaker’s tone and the uplifting lines, readers can predict the speaker will rekindle their passion for their faith. There’s an even stronger reason to believe so, having learned it’s not the first time the persona has lost this.

When and where was ‘Despondency’ published?

‘Despondency’ wasn’t published in the 1846 edition of Poems by Currer, Ellis, and Acton Bell by the Brontë sisters. However, a year after Anne’s death in 1849, her sister, Charlotte, republished another version of their poetry collection. Charlotte included another rendition of ‘Despondency’ in this collection. The last line of that rendition reads, “Christ, hear my humble prayer.”

Despite its fluctuations, the speaker’s mood is generally nostalgic and sober, only turning hopeful towards the end. Their tone moves between anxious and wistful, but by the end of ‘Despondency,’ it becomes confident.

What are the themes in ‘Despondency’?

Spirituality is the overarching theme of ‘Despondency.’ Themes of salvation, longing, reverence, affection and even desperation are also present.

Why does the persona call themselves “wretch” at the end of the poem?

In Christianity, “wretch” is the synonym for “sinner,” and sin represents dirt. The persona sees themselves as a wretch/sinner not because they are physically dirty, but because they have sinned.

Who is the speaker/poet persona in ‘Despondency?’

Even though they take on a lukewarm disposition, the speaker is a firm believer in the Christian faith. Due to the autobiographical nature of Anne Brontë’s works, readers may assume the speaker is Brontë herself.

If you enjoyed reading ‘Despondency’ by Anne Brontë, you should check out similar poems: 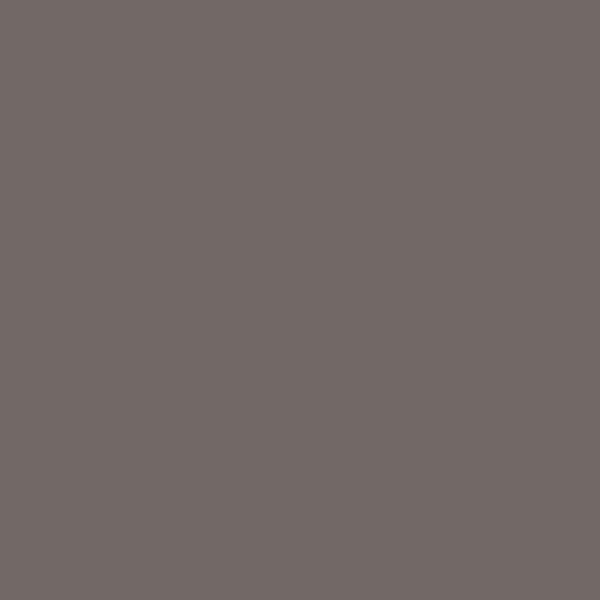