Aphra Behn was mostly likely born in December of 1640 in Canterbury, England. There are very few records of her parents or of Behn’s early life. Her father may have been a barber, named either Bartholomew, Eaffery, or John Johnson. Her mother was likely named Amy. She was born during the Civil War and spent an important period of her life in Surinam, a Dutch colony in the West Indies. It was here that she was to gain inspiration for one of her most famous novels.

Behn returned to England around 1664 and married Johan, or John, Behn. It was likely that her husband was either 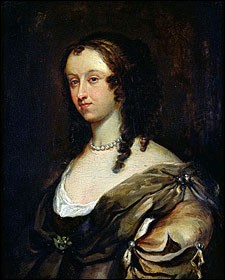 a German or Dutch merchant. The relationship did not last long and the couple either separated, or John Behn died, shortly after their marriage.

Soon after this Behn was contacted by the king and employed as a spy. The poet traveled under the name Astrea, a pseudonym she would use in her later writings. She was sent to Antwerp for a time and was set the task of turning William Scot, the son of a regicide, into a double agent. She was unable to do so and Scot betrayed her. Without the money to return home, she borrowed and was thrown in debtor’s prison. She was eventually released for reasons unknown.

In 1670 her first play, The Forc’d Marriage, was written. It was published a year later and produced in London. She earned her living from the stage and would go on to become one of the most important playwrights of her age. Behn was one of the first women in England to earn a living from writing.

In the last years of her life, she published A Discovery of New Worlds, a translation of a French astronomy book. It was after this that her health began to fail. She had fallen into debt once more and wrote until it was impossible to hold a pen. She died in April of 1689 and was buried in the East Cloister of Westminster Abbey.

Throughout her life Aphra Behn wrote 19 plays, four novels, and two collections of poetry titled, Poems upon Several Occasions, with A Voyage to the Island of Love and Lycidus; or, The Lover in Fashion (Published in 1684 and 1688).