‘Ars Poetica’ by Archibald MacLeish is a twenty-four line poem which is separated into couplets, or sets of two lines. The poet has chosen to divide the poem up further by placing a delineating mark after every eight lines, or four couplets.

One of the first elements of this piece that is important to understand is the title. “Ars Poetica” comes from the Latin meaning, “Art of Poetry.” It can also refer instead to an area of study, in this case, poetry. Throughout this piece the poet will define what it is that makes a successful and meaningful poem. He will move through various attributes a poem can have and determine their relevance to truly great work.

A reader should also take note of the fact that MacLeish has chosen to rhyme the couplets within the first section. The pattern changes in the second set of eight lines with the poet including two half or slant rhymes at the end. Then the third stanza diverges once more with the final two couplets containing imperfect rhymes.

‘Ars Poetica’ by Archibald MacLeish describes what the speaker believes to be the elements of a successful poem.

The speaker begins by stating that a poem should be like “a globed fruit,” “old medallion” and a ledge on which “moss has grown.” All of these tangible objects represent things which provide one with comfort but are unable to act on their own will. A poem should present itself to the world and then allow a reader to do with it what he or she will.

The next section emphasizes the fact that poetry needs to touch everyone equally. A successful poem will be “motionless in time.” It will not change its meaning depending on who reads it. All will be impacted by its words.

In the final lines the speaker says poetry should not try to “be” something. It should just exist as it is. There is no need to try to define experiences and emotions with anything other than “maple leaves” and “leaning grasses.”

A poem should be palpable and mute

As old medallions to the thumb,

Silent as the sleeve-worn stone

Of casement ledges where the moss has grown—

A poem should be wordless

As the flight of birds.

In the first section of this piece the speaker, who is like the poet himself, begins by giving a metaphor for what it is he believes a poem should be like. As will be made clear throughout the text, the metaphors chosen by the poet often carry double meanings. The same goes for each couplet. One might have a grasp of what the first line is trying to say but the second often confuses, and then enriches the image.

The speaker’s first describes good poetry as being “palpable and mute.” The poem should be able to be grasped by a reader, but not because it is reaching out. It does nothing but present its words, the reader does all the rest. It will resemble a “globed fruit” in this state. The poem is something which can be taken, carried away and enjoyed but is unable to truly speak for itself.

The second couple states that poetry should be “Dumb / As old medallions to the thumb.” It should be recognizable and familiar. One’s hand should recognize its ridges, such as one would on an old medallion.

In the third couplet of this first section the poet states that poetry should also be “Silent as the sleeve-worn stone.” He is emphasizing the fact that poems do not speak for themselves. They remain silent while a reader delves into their depths. Good poetry will be like a ledge that has “moss” growing on it. It has been there for a long time undisturbed.

The final two lines describe good poetry as being “wordless / As the flight of birds.” It is once again silent but is this time recognizably beautiful. It should be universally recognizable, like a bird in flight and just as awe-inspiring to witness.

A poem should be motionless in time

As the moon climbs,

Leaving, as the moon releases

Twig by twig the night-entangled trees,

Leaving, as the moon behind the winter leaves,

Memory by memory the mind—

A poem should be motionless in time

As the moon climbs.

In the next set of eight lines the speaker further describe what one wants when seeking out a meaningful poem. It will be “motionless in time.” This phrase places good poetry on a transcendent plane. A successful poem will be able to touch anyone no matter where or when they’re from, just as the moon does when it “climbs.”

The next couplet describes poetry as being that which allows one to experience “Twig by twig” the beauty of the “night-entangled trees.” The moon, which in this metaphor is representing poetry itself, leaves the reader with “Memory by memory.” These memories which are left to the reader are like those which the spring has of “winter leaves.” It is something integral to life but intangible.

The last two lines of this section describe a good poem as being “motionless in time.” It does not change throughout the ages. As was previously mentioned, the poem should remain the same to all people, no matter who they are or where they are from.

A poem should be equal to:

For all the history of grief

An empty doorway and a maple leaf.

The leaning grasses and two lights above the sea—

A poem should not mean

In the last eight lines of this piece the speaker makes even larger, more sweeping statements about what poetry is. It should be “equal to: / Not true.” Through this statement the speaker is attempting to define poetry as something which is related to one’s every experience. It should not try to be one particular thing or share an infallible truth.

The next two couplets present the reader with ways a poem can relate to life without directly speaking on it. The “history of grief” can be presented to a reader through “An empty doorway and a maple leaf.” One does not need a great amount of detail in a successful poem to understand the point its trying to make

The next comparison is between “love” and “The leaning grasses and two lights above the sea.” Once again an element of life is defined through one’s emotional connection to what their senses can interpret about the world. One can feel love through grass reaching towards the sun, or from the sight of “two lights” hanging in the sky.

The final couplet sums up what it is about poetry the speaker feels is important. Poems should not “mean / But be.” Just like in the first couplet of this final section the speaker is trying to make clear the fact that poetry should simply exist in the world without trying to be something it’s not, make great sweeping statements or declarations about live, or try to define one’s existence. 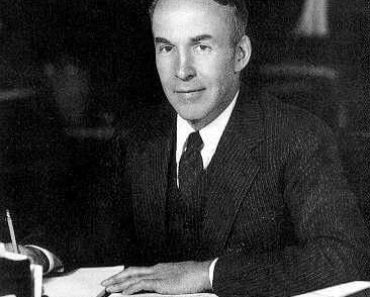