‘Coward’ by A.R. Ammons is a very short poem that speaks about bravery and asks the reader to analyze the truth of a single statement. 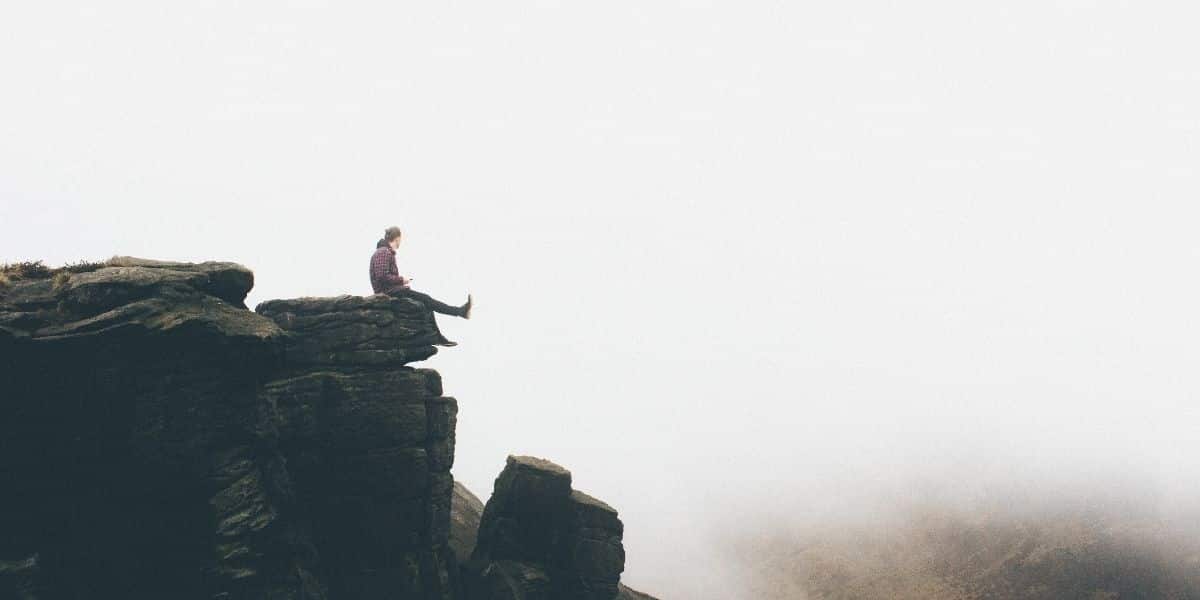 The poet often wrote about humanity’s relationship to nature, often taking a comic tone and juxtaposing it against a solemn one. His poetry has been compared to Walt Whitman’s and Emily Dickinson’s. ‘Coward’ is an example of the depth one can achieve in a few words.

‘Coward’ by A.R. Ammons suggests that the speaker has had bravery passed down through the generations of their family.

The poem is only one line long. Through this one line, the reader is asked to analyze whether or not the speaker is telling the truth. Are they truly brave? Or, as the title suggests, are they really cowardly trying to hide behind this hyperbolic assertion?

‘Coward’ by A.R. Ammons is a one-line poem. It should be read along with the title in order to give readers the best chance at analyzing the poet’s meaning. The line is five words long and contains nine syllables. The first word of the line and the last word of the line are half-rhymes. This means that they partially rhyme but not entirely. The “-ily” at the end of the words correspond.

Bravery runs in my family.

The single line that makes up this poem suggests that bravery runs in the speaker’s family. It seems simple at first. But, when interpreted along with the title “Coward” it becomes more complex.

The first and simplest explanation is that the speaker’s family truly is historically courageous. What form this takes is unknown. But, readers could imagine them taking brave risks, standing up for what they believe in, fighting in historic battles, and more.

But, when one considers the title, things get more complicated. The word “Coward” may suggest that the one line of the poem is spoken by a coward. This person could be trying to sound braver than they are by asserting that their entire family is brave (and therefore so are they). For example, imagine someone puffing out their chest and bragging about the amazing deeds they’ve accomplished when in reality they’ve lived a basic and even cowardly life.

Another possible interpretation of this poem is that the statement is true. Bravery may run in this speaker’s family but they know they are different. They’re a coward. This would set them apart from the people they know and perhaps put them at odds with their family members.

What is the tone of ‘Coward?’

The single line of this poem is an assertion that takes a confident tone. Whether or not it’s true is up to the reader’s interpretation.

What is the theme of ‘Coward?’

The theme is bravery. Readers are asked to imagine what exactly bravery is and what forms it could take. Is the speaker really brave? Or are they using the assertion as a way to hide their cowardly behavior.

Who is the speaker of ‘Coward?’

It’s unclear who the speaker is. It could be the poet himself, but there is no clear evidence to mark this as the case. In the end, it’s not important. Readers can interpret this poem without knowing who the speaker is supposed to be.

Readers who enjoyed this piece should also consider reading some other A.R. Ammons poems. For example: