T.H. Jones’ poem, Back? is a question the poet asks himself, and answers with a resounding “No.” The poet does not want to go “Back” to his native Wales, and stanza by stanza reveals the reasons why. Jones is dismissive and even contemptuous of his native land, expressing no interest in nationalist concerns, family and heritage, or Welsh language and culture, frequently the subjects of Welsh poems. Jones rather seems to be cutting ties with his Welshness in favor of a new landscape in his own mind. The curlew and salmon, animals that Jones references in the beginning and end of the poem, are the denizens of his new poetic life.

The poem is dedicated to R.S. Thomas, another Welsh poet. This dedication is perhaps ironic, since Thomas wrote poems that, while harsh, were steeped in his Welsh homeland and have distinctively Welsh subjects and themes. Jones not only seems to have little interest in Wales, but is contemptuous of it, and this contempt sets the mood for the whole poem.

The title of the poem, “Back?”, is the poet’s own question to himself as to whether or not he should go back to Wales. T.H. Jones lived much of his life outside of Wales, in Britain and Australia. Whether or not to go back to his native land is a question that is “carried to me on the curlew’s wing,” a long-billed bird that lives near water, which, like Jones himself, can be found in both the British Isles and Australia. The other animal in this stanza, the salmon, is native to the North Atlantic, though species of it were also introduced to Australia. Jones is choosing animals that can be found all over the world, as he himself has moved around to different locales.

The second stanza reveals Jones’ actual attitude to Wales. Going back to Wales means going back to “the narrow path, the sheep turds, / And the birded language.” The “narrow path” is a reference to R.S. Thomas, the Welsh poet to whom Jones dedicated the poem, and who was also an Anglican minister. “The sheep turds” refers to an agrarian countryside in which Jones clearly has no interest. “The birded language” is Welsh, a language that Jones never learned to speak and does not write, and which to him sounds much like the language of the birds – it’s a language he does not understand, and does not care to understand.

The third stanza that addresses that idea of going “back” references an “old, thin bitch,” perhaps an elderly family member with whom he has had a falling out, or disagrees with in some way. She is “writhing / Her lank belly with memories.” Jones is possibly using the literal definition of “bitch,” and it could be an actual female dog that lives with a relative. Either way, he fact that he refers to his family member or dog as a “bitch” suggests just how much fondness he has for the memories that this person or animal evokes.

The fourth stanza once again brings up religion, as he mentions going back “to the chapel,” which makes a “charade / Of the word of God.” It is unclear whether Jones is dissatisfied with Christianity in general, or the particular form practiced in his native Wales. This is yet another line aimed at R.S. Thomas, the Anglican priest and poet. He is a “preacher / Without a tongue,” implying that Jones finds Thomas’ preaching, and perhaps all Anglican preaching, to be ineffective and pointless.

The fifth stanza questions whether or not he wants to go “back” to “ingrowing quarrels,” and “the family where you have to remember / Who is not speaking to whom.” This suggests that perhaps the “thin old bitch” referenced earlier is, in fact, a family member with whom Jones is on bad terms. There may even be several, or Jones is simply fatigued with trying to keep track of family quarrels in which he has no interest.

The sixth stanza references Welsh people and places. Glyn Dwr is a Welsh national hero who lived in the 14th century, known as Owen Glendower in English. He led a rebellion against English rule which ultimately failed, which is why Jones describes “shamed memories.” Saunders Lewis, another figure mentioned in this stanza, was a Welsh writer and nationalist leader who was imprisoned for setting fire to Royal Air Force buildings in Penyberth, Wales. The fact that Jones chooses to focus on Welsh nationalists who failed in their missions further heightens the sense of disconnect that he feels from Wales and those who are focused on Welshness. Much like the words of the preacher referenced in the fourth stanza, their attempts were, to Jones, ultimately pointless.

“Of course I’d go back if somebody’d pay me,” he declares in the seventh stanza. This could mean either that Jones found it impossible to make a living in Wales (hence, his leaving for other countries), or that he finds living in Wales so unpleasant that he would not do it unless he were paid. Either way, it’s clear that Jones has no desire to go “back” to Wales.

The eighth stanza returns to the imagery of the first stanza, the curlew and the salmon. Jones brings the poem back full circle to the creatures with which he has learned to feel at home, unlike all the other people, places, and objects that he has derided in the poem.

In the final stanza, Jones describes “waves” and “words” that “beat unendingly / On the rocks of my mind’s country.” His country is no longer Wales, but the landscape of his own mind. His country is wherever he is, and wherever he can write poetry. Unlike R.S. Thomas, he feels no indebtedness to Wales and does not need to identify as Welsh.

Poet T.H. Jones was born in Cwm Crogau, Wales in 1921. He left Wales during World War II and spent much of his life in England and Australia as a lecturer. Though his father spoke both Welsh and English, his mother spoke only English. Consequently, Jones and his siblings adopted English only as their language, and Jones wrote no poetry in Welsh. He drowned in a swimming pool accidentally in 1965. He published three volumes of poetry in his lifetime, and three more were published posthumously.

What's your thoughts? Join the conversation by commenting
We make sure to reply to every comment submitted, so feel free to join the community and let us know your thoughts below. Scroll to view the comments section.. 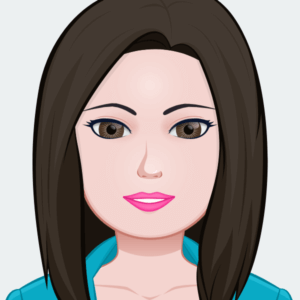 Courtney has a Bachelor of Arts in English and will be earning a Master of Fine Arts in Creative Writing in March, 2018. She is currently working on her graduate thesis and working as a freelance writer. In addition to her lifelong fascination with literature and poetry, she also loves history, art, and classical music. She lives in Atlanta, Georgia, with her husband, two kids, and three rabbits.

Shall earth no more inspire thee by Emily Brontë