Carol Ann Duffy, who was born in Scotland in December of 1955, has become one of the best-loved poets alive today. Many themes come to mind when one envisions Duffy’s body of work, but the most prevalent is love— familial and romantic. Her love poems are generally written in the form of a monologue and deal with situations and people that poetry does not normally touch on. Her writing can be both playful and serious as she explores topics such as queer identity, the power of language and feminism. She is admired for the way she plays with words and enhances or alters their meanings.

Some of Duffy’s best-known poetry collections are Standing Female Nude (1985), The World’s Wife (1999), and Rapture (2005). More recently, she has taken to writing verse for children as well as adults. Collections published in the 2010s include Love Poems in 2010 and Sincerity in 2018. In 2009 she was named Britain’s first female Poet Laureate. She famously only agreed to take on the role because no other woman had previously held it before her. 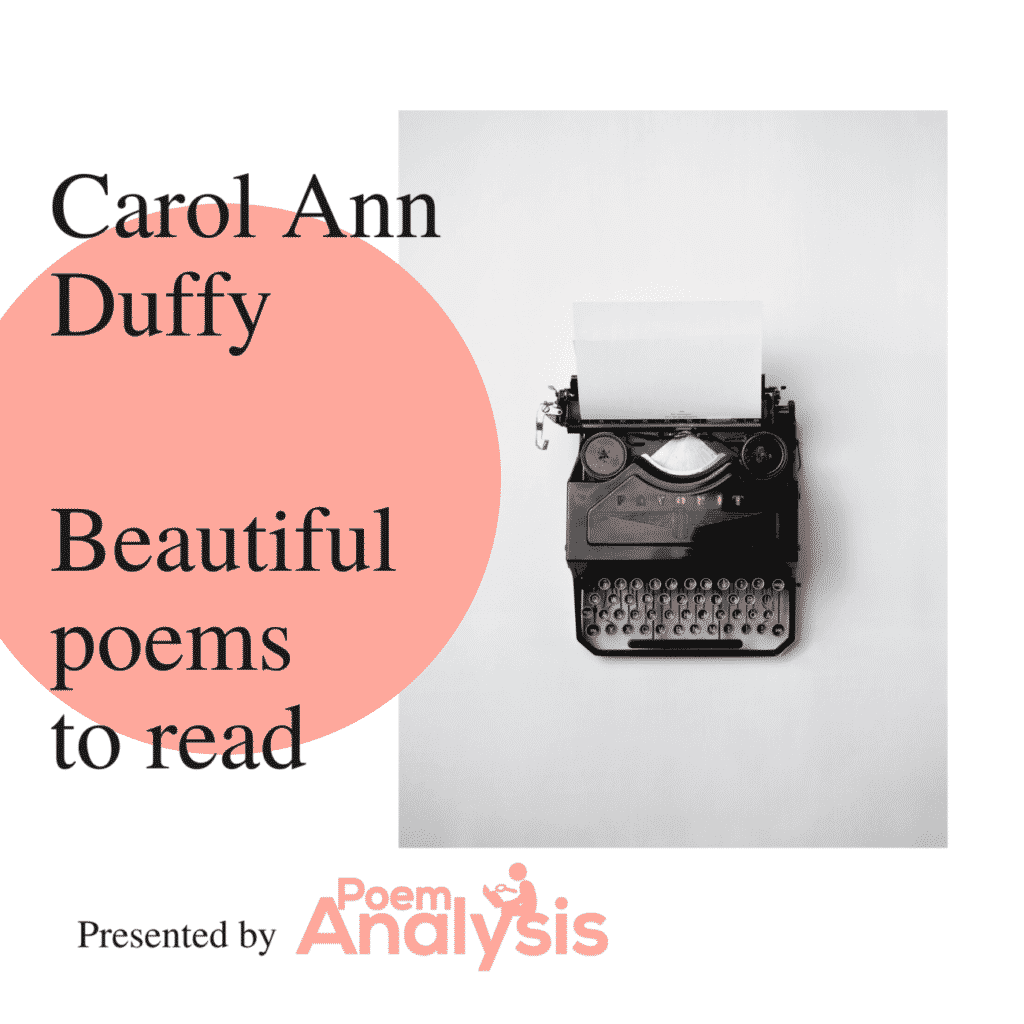 The Way My Mother Speaks

This ingenious piece reimagines the way that phrases, in particular those most familiar to us, enter into our vocabulary. The speaker in ‘The Way My Mother Speaks’ is haunted by the words of her mother. These disconnected, ephemeral lines repeat themselves within the text of the poem. This effect creates a distinct emotional connection to that particular arrangement of words. They become for the speaker, who deeply loves and misses her mother, a mantra to soothe in her times of greatest need.

This piece is truly beautiful and remarkably clever. It is quite simply a poem about writing love poetry. The text speaks on the reasons why finding the right words to describe an emotion as complex and powerful as love, is nearly impossible. In order to circumvent this trouble, Duffy chose to collect and appropriate lines from some of the most famous love poems ever written. It becomes quite an interesting game to see if you can find all the references. Worked into the text are lines from Sir Thomas Wyatt’s ‘They Flee From Me,’  John Donne’s ‘To His Mistress Going to Bed,’ Thomas Campion, ‘There is a Garden in her Face,’ and many more.

This piece is a brilliant remodelling of Charles Dickens’ character, Miss. Havisham. She appeared in what is perhaps his most famous novel, Great Expectations. Duffy chose to recreate the character. So, rather than casting her as the wasted, depressed spinster of the book, Havisham (as she is known in the poem) is an angry, powerful woman who is unwilling to spend any more time worrying about her “Beloved sweetheart bastard.” This text shows Duffy at her witty best. She is making a strong statement about feminism in amongst amusing and outrageous language.

This piece is one of a number in her collection ‘The Other Country’ which depicts the poet’s own childhood. It is common in Duffy’s works for her speakers to take on elements of her own life, or for Duffy to cast herself as the speaker. In this piece, in particular, she examines what it meant to leave her home and enter into the unknown.

This poem depicts another of Duffy’s famous dream landscapes. The speaker, through second-person narration, asks the reader to imagine a world filled with the best of things.  If you travel there, which the poem certainly makes tempting, you will find that your past struggles and griefs are gone. Unfortunately for the reader, it doesn’t last. They are thrust back into reality and made to confront the dreary real world.

Carol Ann Duffy was born in Glasgow, Scotland in December of 1955. Her family was Roman Catholic and lived in a poorer region of the city of Glasgow called, Gorbals.
Carol Ann Duffy's Biography

Duffy has always been interested in language, and the ways words are used. This piece is clearly related to that interest as she explores the moment that the word  ‘Nostalgia’ came into being. The details are in the poem, but the most important thing to consider about this piece is the heartache associate with the emotion and its universal application. Through the penning of ‘Nostalgia’ Duffy is asking the reader to consider how nostalgia is present in their own life.

This poem is one of Duffy’s most famous. It is a love poem of sorts, with a great deal of subversion thrown in. Throughout the text, a reader is presented with a comparison between love and an onion. By giving the onion as a gift, rather than a rose, the speaker is showing the painful emotions that come with love. It is not an easy state to exist in. One is going to suffer and cry and feel grief, all while seeking out a relationship that is undeterred by time and obstacles.

Above all else, this emotional piece is about how one confronts the world in times of need. A prayer is a common tool used by the countless faithful to get through the day. But in this text, Duffy seeks to extend what prayer is and give examples of the other, even more, vibrant forms it can take. Prayers come to the people in the text, they emerge from the chanting of trains and the “minims sung by a tree”. These are the gifts that give the world order and our lives meaning.

This poem is another in which Duffy makes use of the lives and works of other writers. In this case, she is investigating the life of Shakespeare’s wife, Anne Hathaway. Anne is the speaker of the text. It is through her the reader gets an intimate look into the Bard’s life. Her words are filled with metaphors and similes comparing his writing to beautiful things, like shooting stars. In what is perhaps the most interesting part of the text, the beauty of Shakespeare’s works extends out into their life together. His touch is just as powerful to her as his written words

Like Anne Hathaway, this piece provides the reader with a new viewpoint from which to consider history. This time it is the wife of the mythological King Midas from Ovid’s Metamorphoses speaking. Rather than being amazed by her husband’s ability to turn everything into gold, Mrs. Midas easily sees through the ridiculous nature of his actions. She decides that she wants no part in the life he’s creating and leaves him on his own. Her only regret is that she didn’t get a child when she had the chance. 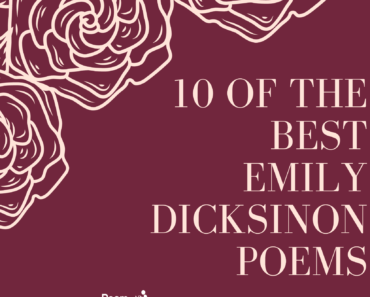