10 of the Best Dr. Seuss Poems

Dr. Seuss is considered to be one of the most important writers of children’s literature of all time. His poems and stories are outrageous, surprising, and colorful.

Dr. Seuss’s best-selling books are read by children all over the world and are used to speak on the nature of contemporary society and the character traits one should and should not possess. From ‘The Cat in the Hat’ to ‘Horton Hatches the Egg,’ the entertaining nonsense stories provide children with a wonderful introduction to the written word. 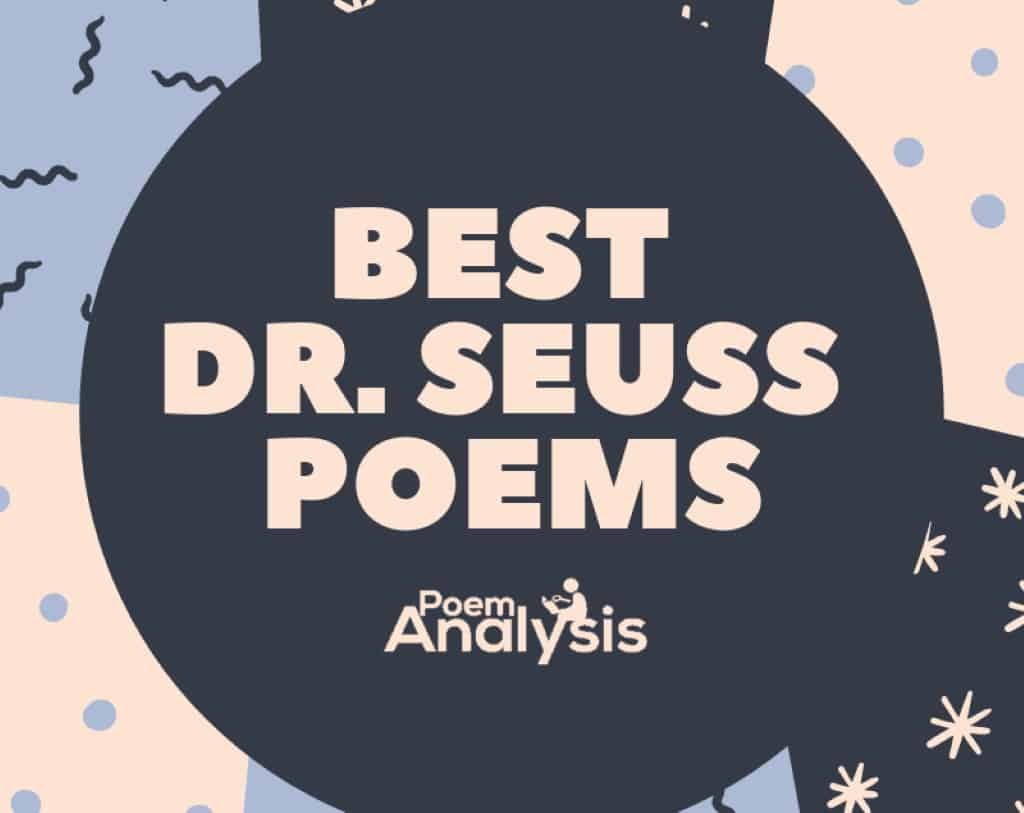 ‘The Lorax’ was first published in 1971 and depicts the life and environment of the Lorax, the poem/story’s main character. The Lorax is a whimsical creature, just like many within Seuss’s stories and poems. It speaks for the trees and comes into contact with another creature called the “Once-ler”. Another important feature of many of the poet’s works is the moral that reveals itself as one reads. In this case, the story speaks about the dangers of human intervention and the destruction of the environment.

The Cat in the Hat

Perhaps the best-known of Dr. Seuss’s rhyming books, ‘The Cat in the Hat’ was published in 1957. It uses anthropomorphism to describe a tall, black and white cat that wears and red and white striped hat and red bowtie. The cat meets and spends the day with Sally and her brother while their mother is away. Throughout the day the cat shows the children tricks and Thing One and Thing Two come into the story. The house is wrecked but the cat gets it cleaned up just in time.

Seuss wrote this book as a response to discussions about the effectiveness of the current market of children’s literature. The book was an immediate success and has remained so since.

Another of Seuss’s better-known rhymes, ‘Green Eggs and Ham,’ was published in August of 196. It has sold more than 8 million copies since it was first published. In the story, Sam-I-Am and his friend Guy-Am-I debate eating a plate green eggs and ham. The former pesters his friend to try the food and then leads him through different environments in which he could try the food out. These include a house, box, car, and boat. The book was the result of a bet that Seuss made with his publisher that he could not complete a book with only fifty different words. But in the end, Suess won and ‘Green Eggs and Ham’ was born.

‘Fox in Socks’ was published in 1965 and features two main characters, the fox and the knox. These two are both anthropomorphic and have the ability to walk, talk, and think as human beings would. The book is made up entirely of tongue twisters that are meant to challenge and entertain young readers.

How the Grinch Stole Christmas

Today, this short sixty-nine-page book is one of the most popular Christmas stories. It was published in 1957 and, like many others, contains a deeper message. The book was written in response to the commercialization of Christmas and the desire to take the season back to its roots. The story follows the Scrooge-like Grinch who is determined to steal Christmas from his overly-cheery neighbours, the Whos.

This book was not published until 1990 and tells the story of a young boy only referred to in second person, as “you”. Seuss uses second person and the future tense to tell the entire story of this narrator who decides to leave town and travel through an otherworldly landscape. He encounters strange things and eventually “The Waiting Place”. It is there that everyone waits for something to happens. The book does not have a solid conclusion and alludes to all the future possibilities of travel.

One of Dr. Seuss’s simplest rhyming books, ‘One Fish, Two Fish, Red Fish, Blue Fish’ contains two characters, Jay and Kay, who take note of several different pets they have. The story has many odd and surprising moments that are meant to entertain young readers and encourage them to continue reading. It has sold more than six million copies since its publication, making it one of the best-selling children’s books of all time.

One of Seuss’s earlier books, ‘Horton Hatches the Egg’ was published in 1940. It tells the story of Horton the Elephant. He is tricked into sitting on a bird’s egg while the mother is taking a vacation she never intends to return from. Despite the hardships he experienced, the elephant remains where he is. He is “faithful one hundred percent”.

Happy Birthday to You!

This was Seuss’s first all-colour picture book. It was published in 1959 and describes a wonderful, over the top celebration. There are colours, gifts, and a party that lasts all day. One of the most interesting elements of this story is the fact that the birthday party was arranged for the reader by the Birthday Bird. The young reader is taken into the novel as the main character.

In this picture book, released in April of 1958, Seuss tells the story of Yertle, a turtle that is in charge of his own pond. As the king, he describes he wants to reach the moon. To do so he forces his subjects to pile themselves on top of one another until he can stand on top and get where he wants to go. The bottom turtle eventually burps and they all collapse.