10 Poems That Will Make You Smile

What does it take to write uplifting and joyous poetry? Few poets have risen to the task as successfully as the ten on this list. 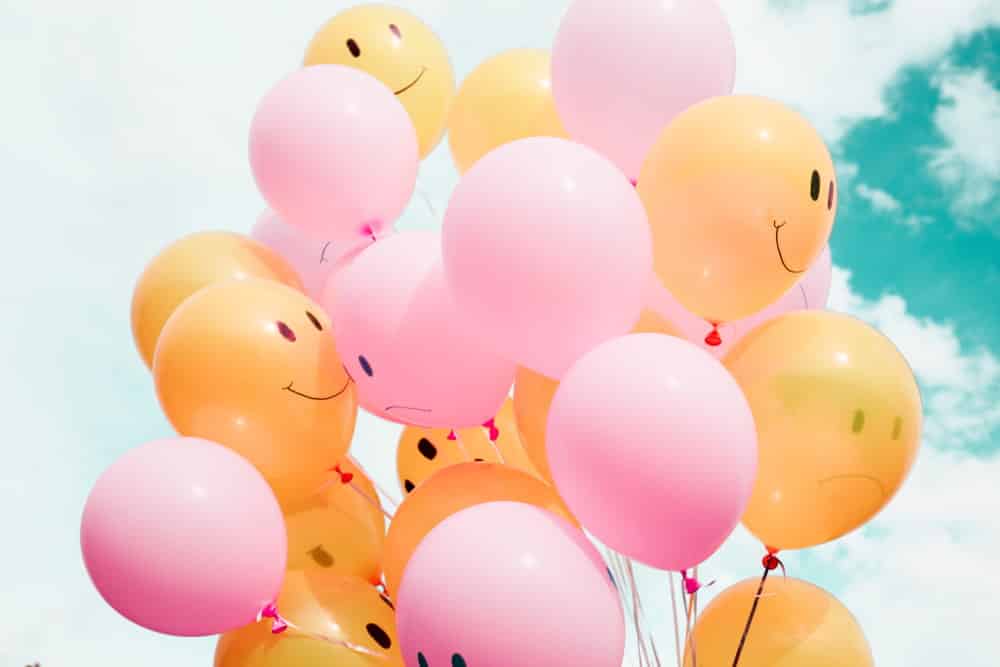 These collected happy poems speak on a variety of topics, from dating and fairytales to landscape and growing up. Despite their differences, these poems were all written with the intent of making the reader smile, consider similar happy moments in their own life, and strive to create more of them.

Best Poems to Make You Smile

A Birthday by Christina Rossetti

In ‘A Birthday,’ one of the poet’s most popular poems, Rossetti uses similes to compare her heart to a variety of objects and states of being. It is “like a singing bird” and “like an apple-tree”. It is also “gladder than all these”. In simple terms, Rosetti is transcendently happy because her love has “come to” her. The next stanzas treat the reader to indulgent and vibrant imagery, such as doves, peacocks and silver grapes. She seeks out a proper celebration in order to welcome this love and it should contain everything from purple dyes to “vair,” or squirrel fur.

The Character of a Happy Life by Sir Henry Wotton

‘A Character’ is a fairly straightforward depiction of happiness, the various ways it presents itself, and the implications of too involved in things that in the end, don’t matter. These involve rumours, and flatterers, as well as servile bonds of any kind. The things that should make someone happy are those that tap into one’s inherent goodness and care for other people. Through the use of alliteration and rhyme, there is a great deal of please to be had while reading this poem. In tandem with the uplifting and evocative text, ‘The Character of a Happy Life’ is meant to bring the reader joy and perhaps, make them smile while considering how they live their own life.

How Happy is the Little Stone by Emily Dickinson

In this lesser-known piece by Emily Dickinson, the poet depicts a stone, the simplicity of its life, and the pleasure to be hand from basic experiences. A stone, unlike human beings, doesn’t care about “Careers” or fulfilling obligations others place upon it. Instead, it “rambles,” as if human, from place to place, alone. Even this, its solitude, does not bother it. It is as “independent as the Sun”.

‘Cinderella’ retells the story of Cinderella and how rather than marrying the Prince, she ends up with a lovely man who makes jam. The poem begins with the speaker stating that the story which is about to follow is not the one the reader might expect. The unexpected moments of the text are part of what makes this piece, and other works by Dahl such a pleasure to read. The poem is set out as the “true story” of Cinderella. The story includes outrageous twists and turns such as the beheading of the stepsisters and Cinderella’s disgust at this turn of events.

You Begin by Margaret Atwood

‘You Begin’ is a moving poem that focuses on the importance of the “hand” and its representation as a symbol of beginnings and endings. The speaker directs her words at a child, spelling out for them the complexities of life in simple language. Beyond the child’s own body, the “shape of an eye” and mouth, there are lines that depict the wider world. Atwood uses bright colours, a reiteration of shape and a focus on learning and expanding one’s understanding o the world. The poem comes back together in the end, summarizing life and learning through “your hand”.

Daffodils – I Wandered Lonely as a Cloud by William Wordsworth

‘Daffodils’ also known as ‘I Wandered Lonely as a Cloud’ was published by William Wordsworth in 1807. It is commonly considered to be one of, if not the, most famous poem of the Romantic Movement in English literature. Its history is well-known, as Wordsworth describes his choice to write the poem as having occurred after taking a walk with his sister and seeing a line of daffodils growing freely. The mood is consistently optimistic and upbeat and in the end, encourages the reader to maintain peace in later less calm moments.

‘Happiness’ speaks on the surprising elements of the emotion and how they come into one’s life and exit without warning. While using original and surprising imagery, such as a “single-engine plane” and a “monk in his cell” the poet describes who happiness visits. She also encourages readers to try to understand why. In the last lines, happiness arrives in the woods, for a boulder placed in the “perpetual shade of pine barrens” as well as to ‘rain,” and a “wineglass” that’s “weary of holding wine”. The use of personification in these last lines is a treat for the reader and is meant to improve the poem’s mood, as well as that of the reader.

This piece is a declaration of a father’s love and the lengths he’d go to protect his daughter. Parent uses humorous hyperbolic statements throughout the text. They are meant to make a reader laugh, while at the same time showing is true love for his daughter. The twist at the end only contributes to the upbeat, genuinely heartwarming elements of the poem. The speaker suggests that it is not only boys that should be considerate while dating his daughter. Girls need to be respectful as well.

If— by Rudyard Kipling

‘If’ contains a series of scenarios, each is followed by a solution. If a reader/listener does as the speaker has suggested, he declares that they will be set to conquer the world and become a “Man”. In the last lines, it becomes clear that the speaker was addressing his son. He was trying to give him advice on how to live a good, happy life. The familial comfort and support inherent to this piece has made it Kipling’s most famous poem.

This piece is about gaining confidence and empowering oneself. The speaker wants young women to go out into the world and “kick ass,” no matter who they are or what they look like. The speaker addresses the fact that she is “not cute or built to suit a fashion model’s size”. But society’s norms do not matter when addressing one’s worth. She can carry herself confidently, walking into a room “as cool as you please” and stand up to a man. In fact, she adds, they “swarm” around her like bees. No matter what anyone else says to her, she knows that she’s a “woman / Phenomenally”. The poem is incredibly uplifting and is meant to leave the speaker feeling as though they too are as “phenomenal” as the speaker.