On this list, readers can find ten of the best Maya Angelou poems. They are beautiful, thoughtful and evoke her contemporary moment.

Maya Angelou was born in January of 1928 in St. Louis, Missouri. Her full birth name was Marguerite Anne Johnson but she came to use, “Maya” because of her little brother, Bailey Jr. It is a slurred combination of “my-a” and “sister.” Throughout Angelou’s life, she published seven autobiographies as well as several books of poetry. Her essays were compiled in three books and she is credited in a number of plays and television shows throughout her long career.

Maya Angelou’s first autobiography, I Know Why the Caged Bird Sings, which became one of her most popular works, was published in 1969. It was the piece that brought her the recognition she had been searching for.

In the last decades of her life, Angelou accepted the lifetime Reynolds Professorship of American Studies. She was one of the only full-time African American professors on staff at the university. The late 1990s and early 2000s saw Angelou’s campaigning with democratic candidates such as Hilary Clinton, and directing her first film, Down in the Delta. Maya Angelou died in May of 2014 after a period of bad health. 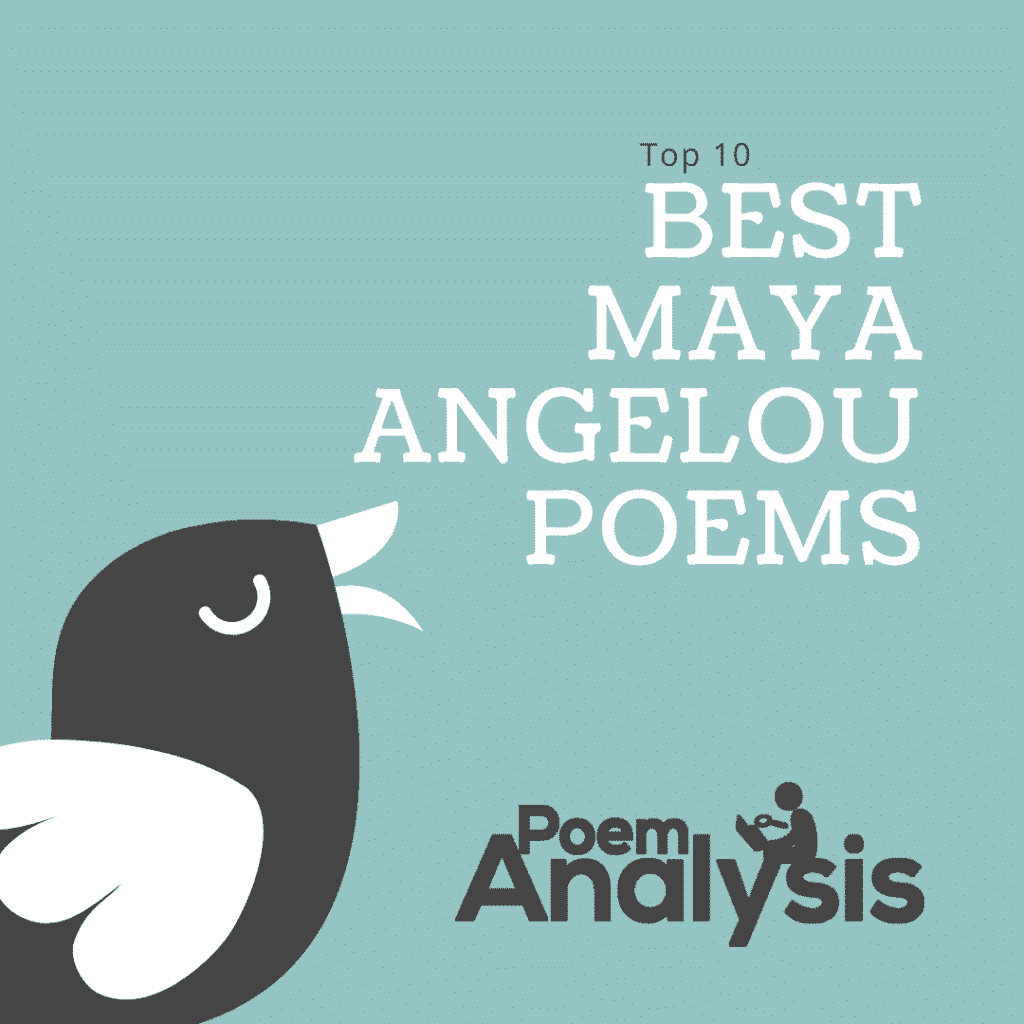 At its most basic level, ‘Still I Rise’ is a poem about confidence and empowerment. The speaker stands up to prejudice and preconceived notions of who she should be. She determines that she is valuable and deserving of respect. The refrain, “I rise” is used throughout, gaining intensity as the poem progresses. Towards the end, the speaker proudly states that she is leaving behind her own history and the “nights of terror and fear”. She is headed into the light, bringing with her the “gifts that [her] ancestors gave”.

One of Angelou’s shorter poems, ‘Awaking in New York’ uses imagery as its primary technique. The concise lines of this piece depict what it is like for one speaker to wake up in the city. They also briefly allude to the day to day mundanity of city life, using personification. Angelou juxtaposes these images of exhaustion and solitude with those of the dreams of children and how they are shared with “seraphim,” or multi-winged angels.

‘When Great Trees Fall’ is dedicated to loss and misery as integral parts of the human experience. Through the metaphor of a falling tree, the speaker talks about important losses that shake one’s life. In this case, the impact of the tree on the ground is felt throughout the forest. All the creatures shake and shudder. The lions “hunker down” and try to ride out the aftershocks.

Maya Angelou’s speaker makes sure to address the fact that it doesn’t matter how large one is, physically or mentally, everyone is impacted by loss. The poem ends optimistically as the speaker refers to the passing of the worst of these emotions and the possibility of peace blooming in one’s body. It might come slowly, but it brings comfort.

This poem was published in 1993 and is about addressing one’s fears head-on, understanding them, and then keeping them at a distance so that they do not control one’s life. The poem is written from the perspective of a child, contains a lot of figurative language and a simple rhyme scheme.

‘Africa’ by Maya Angelou describes the plight of the African continent through the extended metaphor of a beautiful woman. By utilizing the metaphor of a woman Angelou creates a greater sympathy for the deep and long-lasting plight of the African people. Readers are better able to sympathize and empathize with a fellow human being. The suffering is more tangible, and more outrageous when a specific human face is the source of it.

This poem was published in 1983 in Shaker, Why Don’t You Sing? and speaks as a number of Maya Angelou’s poems do, on resilience. She was specifically interested in looking back on African American history through the metaphor of a bird. At the beginning of the poem, the speaker talks about a free bird. He goes wherever he wants and claims all areas of the sky. The second stanza is darker, as Angelou discusses a caged bird. The bird is imprisoned by “bars of rage” that make him hard to see. He can’t function because of the overwhelming anger he has towards those who are keeping him captive. The only thing he’s able to do is sing, longing for freedom.

A striking contrast is developed between the free and captive bird. The free bird does not understand its own privilege, seen through its claimed ownership over the sky. All while the caged bird is tired, tied down and far away from his dreams.

In this piece the speaker address themes of equality and discrimination. Through the use of metaphors and the striking refrain, “equality and I will be free” Maya Angelou emphasizes a universal longing for equality. The speaker asks the listener to stop covering their ears and their eyes and see clearly that the speaker, and all those like her, have been crying, asking for change. Eventually, the repetition of the refrain takes on the rhythm of a heartbeat or drumbeat. It is pounding over and over again, driving the speaker forward as she seeks out equal freedoms.

In this poem, a normal housewife goes through the motions of the everyday routine. She has to take care of her children, clean the house, mend clothes and go shopping for groceries. As the poem goes on it is her job to weed the garden and make sure that the whole house appears beautiful. All of her tasks pile up one after another, they are presented in a long list in the text. This emphasizes their number and the pressure they put on the speaker. They are not tasks or routines she wants to do or that she enjoys, but she is able to take some comfort from nature. She evokes the sun, the moon and the mountains as well as the “curving sky” to take her away from the drudgery of her existence and into a new, more stimulating world.

This piece, like others on this list, is about empowering oneself. The speaker wants young women to go out into the world and “kick ass,” no matter who they are or what they look like. The speaker addresses the fact that she is “not cute or built to suit a fashion model’s size” but society’s norms do not matter when addressing one’s worth. She can carry herself confidently, walking into a room “as cool as you please” and stand up to a man. In fact, she adds, they “swarm” around her like bees. No matter what anyone else says to her, she knows that she’s a “woman / Phenomenally”.

This is a short poem that is addressed to those who might feel pity for an aging speaker. She asks them not to chatter at her, as she’s listening to herself She doesn’t want their sympathy, or for people to think that she is less than who she was in the past. In fact, she tells the listener directly that she is “the same person [she] was back then, a little less hair, a little less chin”. But, she knows very well that she is “lucky” that she can still “breathe in”.