10 of the Best Nonsense Poems

From ‘Jabberwocky’ to ‘The Owl and the Pussycat’ nonsense verse is not just for children. These poems can appeal to all age groups in their outlandish settings, invented words, and otherworldly characters. Personification, song, consistent rhyme schemes and metrical patterns, as well as aspects of story-telling, are all part of this genre of poetry. 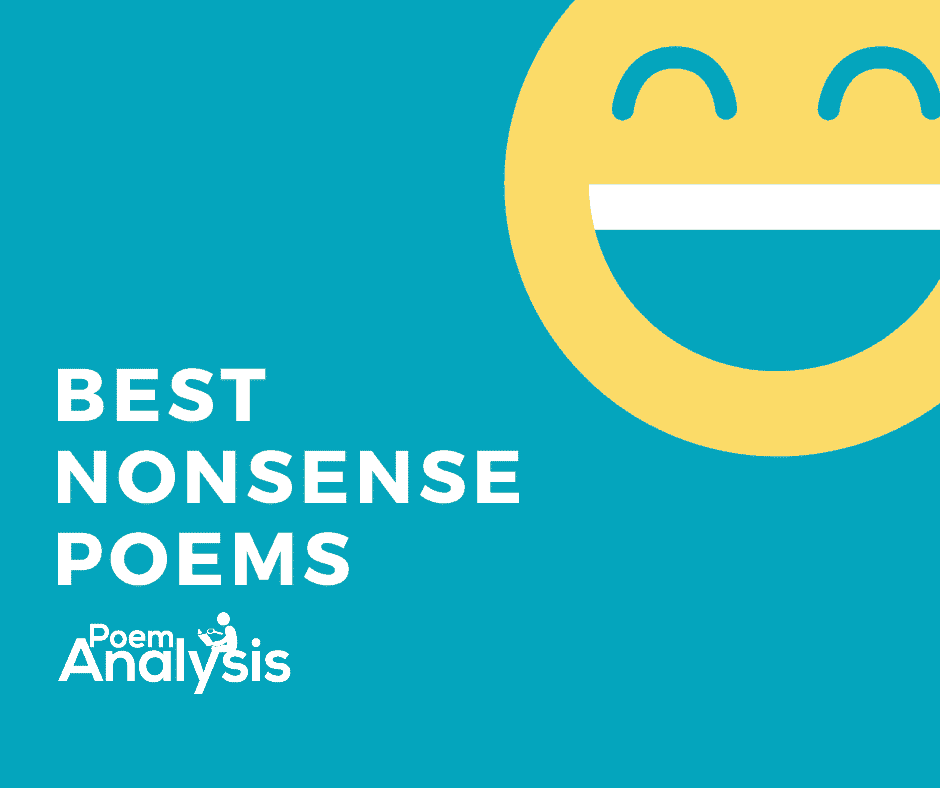 By far Carroll’s best-known and most well-loved poem, ‘Jabberwocky’ is also considered to be one of the most successful examples of nonsense verse in the English language. The poem begins with the speaker using strange and unknown words to describe a scene. There are “toves,” “borogroves” and “raths”. These things move within the landscape in different ways and make different noises. They are part of a world that is wholly separate from our own.

In the next lines, a speaker jumps into the narrative and tells his son to look out for the “Jabberwock”. It has “ jaws that bite [and]… claws that catch!” The son is going hunting for this creature. He is prepared with his “vorpal sword,” but it takes him a long time to find it. Finally, when he’s taking a break, the Jabberwock appears.

A fight occurs, the son comes out victorious and takes the creature’s head back to the father. When he gets there, the father embraces him and celebrates over his slaughter of the Jabberwock.

The Owl and the Pussy-Cat by Edward Lear

This charming poem is simple and joy-filled. It tells the marriage story of an owl and a cat. The poem starts with a boat journey the two main characters embarked on. While travelling they profess their love to one another and decide to get married. They need to find a ring and their search takes them to a pig. That pig sells them its nose ring for one shilling and the two get married. After that, there is much celebrating and the poem ends with the owl and pussy-cat dancing under the moon.

On the Ning Nang Nong by Spike Milligan

Within ‘On the Ning Nang Nong’ the speaker uses nonsense language to describe a make-believe world made up primarily of noises. The poem begins with the speaker giving the reader a few very strange lines about a place called “The Ning Nang Nong.” There is a great emphasis placed on onomatopoeic language. Within almost every line there is an exclamation of sorts that is meant to surprise and please the reader.

As the poem progresses the speaker tells the reader about the noises made by trees, teapots and mice. The poem concludes with a recognition that the imagined land described in the text is “noisy.”

The Trouble with Geraniums by Mervyn Peake

Another short, amusing, and thoughtful poem, ‘The Trouble with Geraniums’ speaks about the beautiful flower, deeming it “too red” and then relating that “trouble” to other troubles in the speaker’s life. These include the “diamond” being too ‘bright” and the “toast” too full “of bread”. These humorous and morally poignant observations speak on a world that demands more and is then unhappy with what it receives.

The last stanza is the most impactful as the speaker has to confront themselves in the mirror.

This is one of the many popular poems included in Shel Silverstein’s 1981 collection Light in the Attic. This nonsense poem tells the story of a creature called a “coo-coo” that climbs into the unzipped skin of the speaker. It was naked until it put on the “head / That once belonged to me”. It wore the speaker’s feet and ran through the “street /  in a most disgraceful way”. The speaker sees himself doing things that he would normally never do and asks that those involved do not take offence as it was “the coo-coo /Who’s wearing [his] skin”.

Like many of Silverstein’s poems, this was can be enjoyed by adults and children alike. A child will be charmed by the outlandish scenario, and an adult can consider the underlying themes of identity and personality.

One of the most outrageous, and baffling early nursery rhymes, ‘Hey, Diddle, Diddle’ has unclear beginnings. It is believed to date back to the 1700s, if not earlier to medieval times. Commonly, the poem is connected to Thomas Preston’s play A lamentable tragedy mixed ful of pleasant mirth, conteyning the life of Cambises King of Percia. This work was printed in 1569 and contains a few lines that may be in reference to the rhyme.

As with many nursery rhymes, there are a series of possible interpretations connected to ‘Hey, Diddle, Diddle’. Some have suggested that it references the constellations, such as Taurus and Canis Minor or that it describes the wives of King Henry VIII.

‘Sneezles’ tells of the complicated, nonsense illness contracted by the famous character from children’s literature, Christopher Robin. The poem begins with the speaker describing Christopher’s illness and how his parents put him to bed. He was suffering from what sounds like a cold but his parents get very upset, imagining that it was something worse. They consult with a number of doctors who make the situation out to be even more complicated and nonsensical than it already is.

By the end of the poem, it is clear that Christopher is all better and is planning the next thing he’s going to do to “amuse” his parents.

The Crocodile by Lewis Carroll

A short and charming poem, The Crocodile, also known as ‘How Doth the Little Crocodile,’ appeared in Alice’s Adventures in Wonderland. This nonsense poem is read out loud by Alice in Chapter two. The poem tells, very briefly, of a crocodile who sneakily draws in fish and then swallows them with a big smile on his face.

The poem itself is a parody of ‘Against Idleness and Mischief’ by Isaac Watts. It was this poem that Alice originally had in mind when she spoke about the crocodile. His poem begins with a similar phrase, but references a “busy bee” and is about keeping one’s hands busy in order to avoid sin.

The People Upstairs by Ogden Nash

Using a variety of literary techniques common in children’s poetry, ‘The People Upstairs’ is a humorous depiction of how one’s actions can have an impact on someone else. The upstairs neighbours in this poem have parties that sound as though there’s a bowling alley in their living room. Or that there are tours going on in the bedroom. It’s constantly noisy, their bathroom leaks through the speaker’s ceiling.

The poem concludes with the funny line, alluding to the trouble the speaker is having loving those who disrupt their lives so constantly.

The Walrus and The Carpenter by Lewis Carroll

One of Lewis Carroll’s best-known nonsense poems, ‘The Walrus and The Carpenter,’ appeared in Through the Poking-Glass. The book was published in 1871 and contains this humorous narrative poem as received by Tweedledum and Tweedledee to Alice. Longer than the rest of the poems on this list, it tells the story of a walrus and a carpenter. They, while walking on the beach, come upon a bed of oysters. They eventually turn back and  eat the oysters.

The two characters have inspired much interpretation and investigation in their inspirations. Some have suggested that they’re based on Buddha and Christ while others say that they are political figures. Despite the pleasure that can be and from digging deep into an author’s intentions, sometimes a carpenter is just a carpenter and a walrus just a walrus.

Traditionally, sonnets are fourteen-line poems that follow a strict rhyme scheme and conform to the metrical pattern of iambic pentameter.
Full Description | Glossary