T.S. Eliot was born in St. Louis, Missouri in September of 1888. His full birth-name was Thomas Stearns Eliot. Eliot’s childhood was not a peaceful one. He developed a love for literature after being confined to his home. He was afflicted with congenital double inguinal hernia, this meant he was unable to socialize with his peers and forced to spend a great deal of time alone. Eliot eventually attended Harvard College where he studied Indian philosophy and Sanskrit.

In 1910 T.S. Eliot published The Love Song of J. Alfred Prufrock. This collection contains some of his best-known, and now most loved, poems. These include ‘Portrait of a Lady’ and ‘Rhapsody on a Windy Night.’ His second collection was published in 1920 in which he published ‘Whispers of Immortality’ and ‘Gerontion’. His poetic works, Ash Wednesday, Coriolan, and Old Possum’s Book of Practical Cats were all published in the 30s. In January of 1965 Eliot contracted emphysema and died in his home in Kensington London. 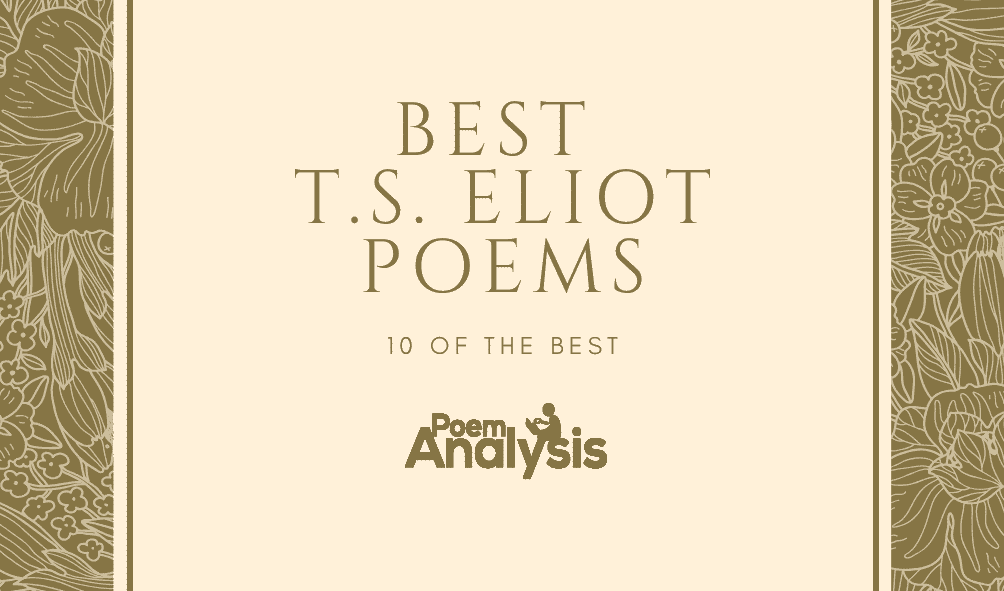 Portrait of a Lady

This poem was one of many published in Prufrock and Other Observations in 1917. The title refers to the Henry James novel of the same name, published in 1878. Like a few of Eliot’s other popular poems, this one focuses on high society and the intrinsic absurdity of its customs. At its root it is the story of a friendship between a man and an older woman. The two spend time together and woman worries about her age, while envying the young man his. It appears that the young man never really appreciates his own youth as he should. By the end he moves away and considers their friendship and how he treated her during the period they knew one another.

A lesser-known poem on this list, ‘Aunt Helen,’ is a sad look into a lonely old woman’s death. The speaker describes his aunt’s home, her possessions, servants and animals but never once expresses an emotion over her death. It is as though what occurred was of little interest to him aside from the technical details of the undertaker’s arrival and the care that was taken for the dogs.

Journey of the Magi

‘Journey of the Magi’ describes the terrible conditions through which the Magi travelled to meet the Christ child after his birth. The first parts of the poem describe the journey to the manger and the later lines the impact that the meeting had on the men after they returned home.

The poem begins with the speaker listing out all of the troubles he and his men faced on their way to the manger in which Christ was born. The weather was freezing and there was hardly any food or shelter. Every time they came to a town they were turned away. Even the camels were suffering. When they finally get to the manger it has no great presence but that doesn’t mean the experience wasn’t important. After returning home, the speaker declares that he longs for a second death so that he will be able to join God.

‘La Figlia Che Piange’ describes a speaker’s attempt to craft the perfect, yet tragic, love story. It is thought that Eliot was inspired to write this piece after failing to find a certain stele, or ancient wooden slab with intricate ornamentation. Depending on the stele there could be decorative patterns on the surface or more recognizable images. This poem was named after the particular stele he was looking for. It translates from Italian to ‘The Weeping Girl’.

This is one of Eliot’s longest poems and was written after his conversion to Anglicanism in 1927. Therefore it is much more devotional than those that came before it. The poem deals with one person’s struggles with faith and their desire to move closer to God. As the title suggests, the poem’s subject is the Christian holiday, Ash-Wednesday, the first day of Lent. It is usually considered to be a period of time in which people admit their sins and make commitments to change. By the end, the main theme is clear. That one has to turn away from the physical world and toward God where the sickness of humankind can’t reach.

This piece is one of Eliot’s most popular, and is often called his masterpiece. It was published in 1922 and seeks on the aftereffects of World War I. The poem shifts through multiple speakers, five in total as well as a wide range of settings. They include the dirty and garaged laden Thames River in England as well as a desert. The five speaks move though themes of innocence, discontent war and eventually death.

The title of this piece, ‘Preludes’ refers to a kind of musical interval. In this text, song-like qualities are played out through the range of rhymes and rhythms used. It is an imagistic narrative that the dark and depressing nature of city life and the state of the human soul.

The latter is one of the most important images in ‘Preludes’. It comes to symbolize the parts of life that generally go unnoticed. Another common image is the newspaper. The pieces that are circulated through the city and move from hand to hand, symbolize the slow degradation of the city as well, as its resilience.

Senses are an integral part of this long poem as well. The speaker is constantly seeing, hearing and feeling new things. His emotions drive him along his walk through the night-scape. By the end of the poem, the reader is given little bit of hope that maybe the timeless, miserable way of living will not go on forever.

This poem was written between 1915 and 1918. It was first published in the September issue of Little Review then was later included in Eliot’s volume, Poems, in 1919. Within the text, Eliot describes the connection between life, death, love and sex and how ultimately death becomes the most important thing in one’s existence.

This poem is very clearly divided into two distinct sections, each containing four stanzas. The first philosophizes in regards to death and is concerned with sex and love. The title was inspired by another popular and more romantic piece, ‘Ode: Intimations of Immortality’ by William Wordsworth.

“Hollow Men” describes a group of men who live in a barren world as they await a change in their circumstances. The poem is rich in symbolism and imagery. The men are depicted as living dry, barren, and broken lives. Everything around then seems to be falling apart. From the “broken column” to the broken glass on the floor and the “broken stone” to which the men must pray. Other important images a reader should pay attention to are those related to Heaven, or a place like it, and a vaguely defined shadowy presence.

The poem begins with the speaker, who is really a group, describing how their lives as “The Hollow Men”. They are, or they are like a group of scarecrows. The men are existing somewhere between life and death, in a world, they have no agency in. It becomes clear as the poem progresses that they are unable to enter into true death. There is no money for them to cross the river. Instead, they have to wait for something to change.

This poem, finished around 1910, was written in the form of a dramatic monologue. It is dedicated to an examination of the mind of a modern man. This person is a victim of his own time, emotionally immature and bordering on neurotic. It is though Prufrock, the poem’s speaker, that the reader gains insight into the mind of man. He struggles with love for a woman he can’t approach and his thoughts fight him, trying to bring him around to rational conclusions. By the end of the poem, Prufrock’s true emotional distance from the world is made clear. Eliot uses the ocean to symbolize distance and unsteadiness, this is how Prufrock approaches social situations and the world at large. 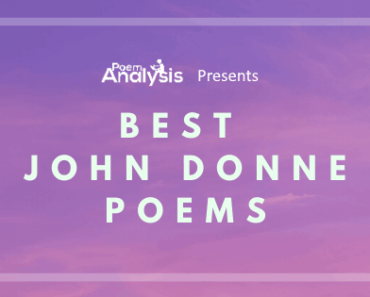