On this list, lovers of poetry will find thirteen very different poems about the experience of loving and not having that love returned.

These unrequited love poems are strikingly memorable due to the variety of images they use, from Stevie Smith’s ‘Pad, Pad’ to ‘Never Give All the Heart’ by W.B. Yeats. These poems, whether they’re written from a male or female perspective, touch the heart of an issue that likely resonates with every reader.

You say you love; but with a voice by John Keats

In this lesser-known poem, John Keats makes a clear and memorable statement about unrequited love. Keats often taped into this topic as he struggled with his own unrequited love affair with Fanny Brawne throughout his life. The speaker listens to his prospective lover tell him that she loves him. But, he doubts how truthful her words are. Here is an excerpt:

You say you love; but with a voice

Chaster than a nun’s, who singeth

I Am Not Yours by Sarah Teasdale

In ‘I Am Not Yours,’ Teasdale takes a slightly different approach to an unrequited love poem. She addresses someone who loves her, or claims to love her, and tells them that she is not theirs. She is not theirs, but she does long to be loved and “Lost as a candle lit at noon.” Here are a few more lines:

Lost as a light is lost in light.

Oh plunge me deep in love — put out

My senses, leave me deaf and blind,

Never seek to tell thy love by William Blake

‘Never seek to tell thy love’ describes why sometimes it’s better to keep quiet and refrain from sharing one’s emotions and love. It’s possible that when these feelings are shared that they won’t be reciprocated. That is going to be far more painful than keeping them to themselves.

Never seek to tell thy love

Love that never told can be

For the gentle wind does move

In ‘Sonnet 87,’ the speaker addresses the Fair Youth, a young man who has mixed feelings of love and affection. He tells this young man that he loves him but at the same time, he’s aware that it’s unlikely that they’re ever going to have the kind of relationship that he wants most.

Farewell! thou art too dear for my possessing,

The charter of thy worth gives thee releasing;

My bonds in thee are all determinate.

A far more contemporary poem than the majority of the pieces on this list, ‘Pad, Pad’ is an interesting piece spoken by someone whose lover just told them that he doesn’t care about them anymore. The poet uses animalistic language, and aspects of zoomorphism to depict this experience. Here are a few lines:

I always remember your beautiful flowers

And the beautiful kimono you wore

When you sat on the couch

With that tigerish crouch

The Secret by John Clare

In ‘The Secret,’ the speaker describes keeping his love a secret from someone he cares greatly for. The speaker has to contend with that love for the rest of time, reflecting it onto other people and things forever. Here are four lines from the piece:

I loved thee, though I told thee not,

Thou wert my joy in every spot,

My theme in every song

When You Are Old by W.B. Yeats

In this short poem by W.B. Yeats the speaker addresses someone whose youthful now but will eventually be “grey and full of sleep.” He tells this person that sometime in the future they will look back on their life and “one man” who “loved the pilgrim soul in you.” Here are a few lines:

And bending down beside the glowing bars,

And paced upon the mountains overhead

And hid his face amid a crowd of stars.

Because I Liked You Better by A.E. Housman

In ‘Because I Liked You Better,’ the speaker hints at the poet’s own sexuality. It went unpublished during the poet’s lifetime but has since become well-known among lovers of Housman’s work. The speaker describes following his lover’s directive—to put them out of his mind and carry on with his life.

Because I liked you better

Than suits a man to say,

It irked you, and I promised

To throw the thought away.

In ‘Appeal,’ Brontë’s speaker describes how exhausted she is and how “sick of woe.” She’s living a lonely and heavy life, one that she’s ready to shake off. She asks the listener if they won’t “come to” her and relieve her suffering. Here are the first four lines:

Oh, I am very weary,

Though tears no longer flow;

My eyes are tired of weeping,

My heart is sick of woe;

He Would Not Stay For Me by A.E. Housman

In this short poem, the speaker describes waiting for “him,” someone they care about and wondering what could’ve happened in their life if things had been different. The speaker shakes their prospective lover’s hand and the two part from one another. Here are two lines from the poem:

He would not stay for me, and who can wonder?

He would not stay for me to stand and gaze.

Mariana’ was published in 1830 and was inspired by Shakespeare’s Measure for Measure. He describes Mariana dwelling in a “moated grange” and suffering from her unrequited love. Forsaken by Angelo who promised to marry her, Mariana is described with memorable images like that within the following lines:

With blackest moss the flower-plots

Were thickly crusted, one and all:

The rusted nails fell from the knots

That held the pear to the gable-wall.

The More Loving One by W.H. Auden

In ‘The More Loving One,’ the speaker describes looking up at the stars and considering love, affection, and indifference. he states that he’d rather be the “more loving one” in any dynamic in which passion could not be returned. He uses the stars as a metaphor. Here are the last four lines of the poem:

How should we like it were stars to burn

With a passion for us we could not return?

If equal affection cannot be,

Let the more loving one be me.

Never Give All the Heart by W.B. Yeats

In this second Yeats poem, the speaker addresses the purposelessness of giving one’s heart entirely to love. Women, he states, “Have given their hearts up to the play.” The speaker warns against losing oneself to love with the following lines:

Never give all the heart, for love
Will hardly seem worth thinking of
To passionate women if it seem
Certain, and they never dream
That it fades out from kiss to kiss

What's your thoughts? Join the conversation by commenting
We make sure to reply to every comment submitted, so feel free to join the community and let us know by commenting below.
[wp-subscribe]
Prev Article Next Article 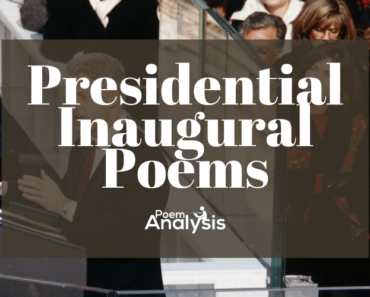 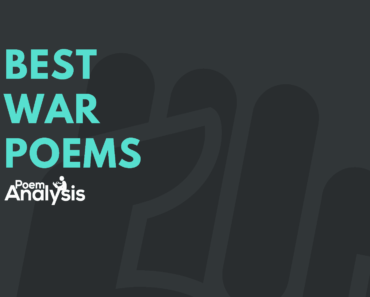 Please support this website by adding us to your whitelist in your ad blocker. Ads are what helps us bring you premium content! Thank you!
Scroll Up

Send this to a friend