Walt Whitman was born in West, Hills, Long Island, New York. Throughout his early life he jumped from different jobs, learning about the American experience. His best-known work is the collection of personal poems, Leaves of Grass. Its publication in 1855 is seen as a turning point in American poetry. His work is situated between Transcendentalism and Realism. He died at the age of 72 in Camden, New Jersey. Today, Walt Whitman is considered to be one of the most popular and influential poets of all time. 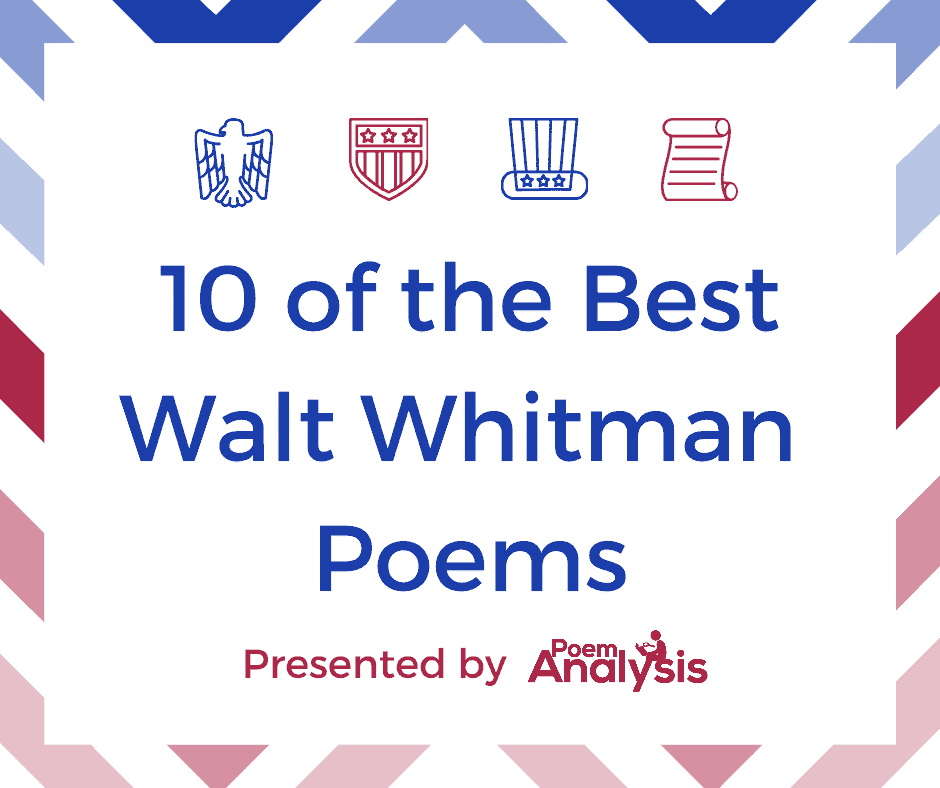 Out of the Rolling Ocean

In this lesser-known piece, Walt Whitman describes the last words of a narrator’s dying lover and his assurances they will find one another again in the rolling ocean. The poem begins with the speaker telling his reader that someone, like a single drop from the ocean, “came” to him. This is something that seems miraculous to the speaker. He is grateful to have found someone to spend his last moments with. He is part of the circle of life and death and by the end of the poem, the fear associated with entering into the afterlife has dissipated.

This poem is about a speaker’s dedication to maintaining his current mental and emotional state of being in the face of the challenges the world throws at him. As is common within his poetry, is through nature that Walt Whitman’s speaker finds himself.  The natural world allows him to shake off some of the clutter of his everyday life and free his mind. The experience also opens his mind enough so that he realizes that nothing he does, in the way of jobs or careers, would put his true self at risk.

This piece is perhaps Whitman’s most popular and well analyzed. It is an elegy devoted to a deceased “Captain.” He was a great leader, and someone the speaker knows the world will miss. At the beginning of the poem the captain-less ship sails home to port and is greeted by a celebrating crowd. The speaker wishes the captain were there to see and feel the excited people onshore, and wills his body to rise up from under the deck. It is well known that this piece was written soon after Abraham Lincoln’s death and that he is intended to be the dead captain.

I Sing the Body Electric

Walt Whitman’s speaker compares the body and the soul in this piece. He comes to the conclusion that they are much more similar than they are different. He moves through different images of various kinds of bodies. There is a dense and thrilling list of images in the second part of the poem that outlines why the body is a beautiful thing. He speaks on both male and female bodies as well. The poem gets more specific towards the end when Whitman talks about one man, a farmer, who has five sons. He also places himself in the body of a slave auctioneer, whose job it is to sell black bodies. All parts of these bodies he speaks on are parts of the soul.

I Dream’d in a Dream

This short, lesser-known poem is a depiction of the world as it might be. It explores themes of love, human nature, and the future of humanity. The speaker describes, in eight short lines, a dream he had. In this dream, he saw a city that was based entirely on the principles of love. Every decision the men and women within its bounds made was with love in mind. Nothing could disrupt the functioning of this place nor was there anyone within it that expressed selfish needs or wants.

In this six-line poem, Whitman creates an image of a ship starting out to see on dangerous waters. He uses personification to describe the waves and the sea. It feels competitive, as though it is fighting back against the ship to show its strength. At the same time, it pushes the ship forward and allows the ship to fly its moonsail and pennant. Whitman emphasizes the movement of the waves in the last lines of ‘The Ship Starting’. They twist and turn, seen through the repetition of words starting with “s”.

Sometimes With the One I Love

This short and powerful love poem speaks on the benefits that one can get from simply being in love, even if that love is not returned. The speaker of ‘Sometimes with One I Love’ is aware that his relationship to a “certain” person may not advance any further, but that does not stop him from loving them. The love he has carried for this person has allowed him other benefits, such as “these songs”. This is a reference to the poem the reader is engaged with in that moment as well as to all other poems the speaker, who is likely Whitman, wrote.

In ‘A Noiseless Patient Spider’ the speaker spends the poem watching a spider. It is on a rock, overlooking the ocean. Although it is small, the impact on the area and the speaker, is clear. It weaves a complex, beautiful web. The speaker pays close attention to how, string by string, the spider completes its task. By the end of the poem, the larger importance of the text as a metaphor is made clear. The final lines conclude the poem, but they are very open-ended. He says that he sees the spider and its web as a metaphor for his soul, but what exactly he means by this isn’t clear.

In this short six-line poem Whitman’s speaker describes his experience upon stepping outside to begin his “studies”. when looking around he was overwhelmed with joy by the simplest and most complicated of natural forms. He knew that he would not have to travel any further than one step in order to find what he was looking for. This poem explores themes of nature, interconnectivity, and joy.

I Saw in Louisiana A Live Oak Growing

The final poem on this list speaks about a solitary oak tree that thrives without companionship or support. The speaker comes upon the tree and takes note of its position. It is alone in the landscape and is covered with moss. Rather than being depressing, this scene is an uplifting and beautiful one. The speaker is amazed by the tree’s ability to live on its own, without companionship. He realizes that he would not be able to do the same. By the end of the poem the speaker’s dependence on other people is seen as both a strength and a weakness. 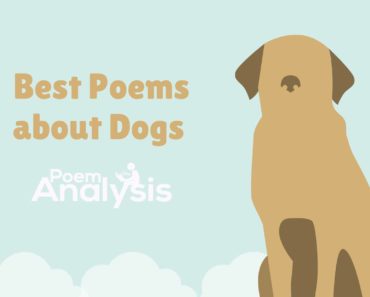 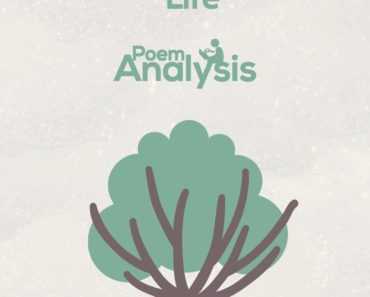