William Butler Yeats was born in Dublin, Ireland in 1865. As a young man he was educated in London and Dublin, and spent the majority of his free time in western Ireland at a family summer home. Yeats published his first volume of poetry in 1887 and was very active in the Irish literary scene. In 1922, Yeats was appointed to the Irish Senate during a time in which his poetic and dramatic work was highly experimental and patriotic.

Yeats wrote a number of protest poems against the Nationalist movement and he would receive the Nobel Prize in Literature in 1923 for his dramatic works. His best work was still to come as he published the volumes The Wild Swans, The Tower, and Last Poems and Plays, along with a number of others, from 1919 till his death. These volumes solidified his place as one of the greatest poets of the 20th century. William Butler Yeats died on January 28, 1939 in Menton, France. 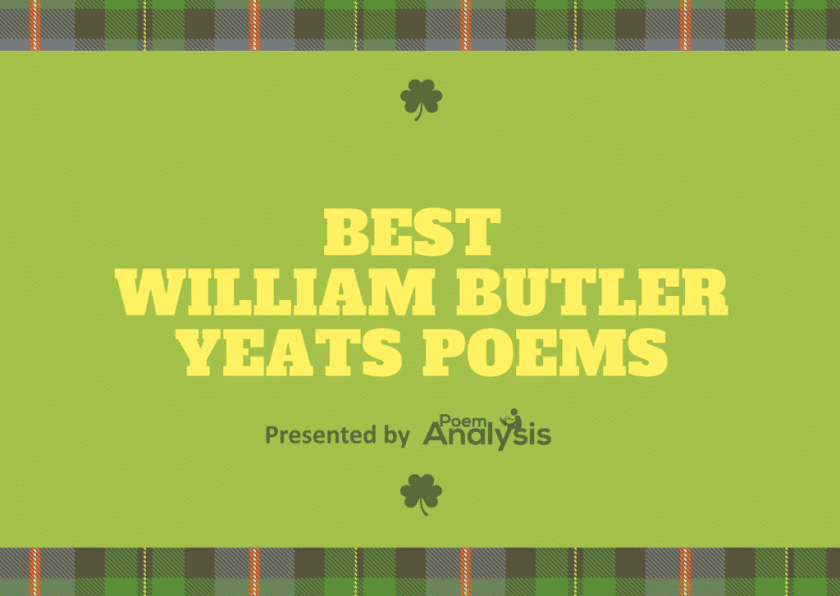 ‘Meru’ delves into the importance of spirituality in a world of illusion. The speaker does not believe that civilization has anything to offer. It is too transitory, with the sun rising and setting and inevitably destroying what man has made. This means that one must turn inward. A spiritual journey does not come easy though. It must be embarked on with the right understanding of life and nature. The speaker provides an example of a true spiritual journey. He gives details on the lives of two monks who are on Mount Meru and Mount Everest. While Everest is being traversed as a physical test, the scaling of Meru is a spiritual one.

Leda and the Swan

‘Leda and the Swan’ is one of William Butler Yeats most popular, mythology based poems. It is a sonnet that takes its context from a Greek myth in which Leda, a princess from Aetolia,  is seduced by Zeus, in the form of a swan. It is from this union that the entire race of heroes and heroines were born. These were the founders of Athens and many of them feature in Homer’s writings. It was published in Yeats’ 1928 collection, The Tower. This publication is considered to be one of the most important works of the 20th century.

The Song of Wandering Aengus

This piece stems from stories based in Celtic mythology and tells one part of the life of a main character, Aengus. It details Aengus’ quest to find a girl he once saw in his youth.He meditates on one moment in his past which has defined all the years he has lived since. It was a normal day, but then everything changed. He pulled a silver trout from the river and it turned into a “glittering girl.” Before he could act, she disappeared into the forest. From that moment, his life has been entirely devoted to finding this woman. While in parts sorrowful, the speaker in ‘The Song of Wandering Aengus’ has not given up hope. He knows a wonderful future awaits him if he could only find her.

He Wishes His Beloved Were Dead

Another of William Butler Yeats more popular poems, this piece is a ballad in which one lover yearns for the death of the other so that she might forgive him. The main desire of the speaker in this text is that his lover die, return to him as a ghost, and then submit to his will. If this happens, he’ll finally be happy with her. He’ll be able to make her into the person he thinks she should be.

There is something untoward the speaker did that turned his lover away from him. It is never mentioned explicitly in the text, leaving a reader to guess what made her “hasten away” from his touch. Using a variety of beautiful images, the speaker concludes by saying that the “will of wild birds” she had in life will dissipate in death. Her hair will be wrapped up and made orderly, alluding to the control he will have over her.

When You Are Old

This piece is usually considered to be about Yeats’ personal life. It discusses the unrequited love that existed between Yeats and someone he used to be involved with. The poem is structured as a dramatic monologue in which the speaker is addressing his once lover. Through the image of a book, Yeats is able to remind the listener that she has been loved by many, but by none like she is by one man in particular. This is a reference to the speaker, of course. He loved her completely, and not just for her beauty as others have. It is the speaker’s hope that after being reminded of these facts that she feels regret for leaving him.

This piece is a meditation on moments the poet is unable to find the correct topics to write on. It details how over recent weeks Yeats has been unable to land on something worthwhile. He feels as though all his themes are exhausted and that he might have to make a big change in how he works. It scares him to think that he is going to have to turn to his own “heart” and emotions for inspiration. He concludes the poem by deciding that al the myths and tales his poems are based off of, are just not enough anymore. It is time for him to reach into his heart and find something new to write about.

This piece is likely William Butler Yeats most widely read. It takes place in Ireland, in County Silgo and is about an uninhibited island. Yeats spent parts of his childhood not far from this location.  The poem is a perfect example of the “Celtic Revival” style that sought to create a kind of poetry that was entirely Irish in origin, rather than based on the standards of English writers. The poem is in three sections.

The first speaks on the need of the speaker’s physical body. He intends to build a cabin and have a “hive for the honey bee.”  The next section is about his soul, and the speaker’s quest for peace. Finally, the last section is about memory. In these lines he connects the memories of the Isle of Innisfree to his current life. The sensory recollections he has of this place come to him when he’s “on the roadway, or on the pavements grey.” They come up from his “deep heart’s core.”

This dark and lonely poem speaks on one man’s deepest sorrow and his quest to share or purge his emotions in a natural landscape. The speaker has one steadfast companion who follows him wherever he goes. It is the embodied form of “Sorrow.” His depression has been made manifest and travels by his side as he walks along the beach. None of the natural sights and sounds which might’ve soothed him previously work.

The stars, sky and sea laugh at him. Eventually in his desperation, the man speaks into a conch shell and hears a deep moaning echoed back at him. There is no echo as he was hoping, his words dissolve into nothing and he is left only with his original companion.

Written in 1919, and printed in The Dial one year later. This piece uses Christian, apocalyptic imagery to speak on post-war Europe. After the First World War was over, the atmosphere in the countries involved had changed entirely. William Butler Yeats tapped into a general feeling that the war was heralding in the end of the world as spoken of in the Book of Revelations. There is a great deal taken from the Bible in ‘The Second Coming,’ such as images of the beast to Bethlehem, the birthplace of Christ.

This piece is one of  William Butler Yeats most popular historical and political commentaries. It is based on an armed uprising in Ireland against British rule on Easter Monday in April of 1916. It was in the end unsuccessful, and a number of the leaders were executed for treason. This piece was written as a kind of epitaph, acknowledging the murdered leaders as martyrs. Within the text the speaker appears torn.

He rejects the violence of the uprising. Plus, he admits to feeling that the revolutionaries were wasting their time at the beginning of the poem. But by the end he acknowledges its importance. In fact, he relays something greater. There is an important unity amongst the Irish people being forged. The poem ends with one of Yeats most beautiful lines, “All changed, changed utterly: A terrible beauty is born.”