In this piece, The Revenant, Billy Collins channels the spirit of a deceased dog and subverts the accepted relationship of man and his best friend. The poet somewhat playfully pokes fun at modern pet owners, and by extension modern people in general, by using the angry spirit of a dog to point out the various indulgent absurdities that they purchase. Throughout The Revenant, and especially after the turn, Collins implies that dogs and other animals have the same spiritual capacity of human beings. It’s possible that the poet is suggesting that dogs even have souls.

I will begin by examining The Revenant stanza by stanza. Then, I will continue by commenting on the poems structure. Finally, I will conclude with a few words about the poems historical context.

In the case of The Revenant, it’s worth taking a moment to comment on the title, as titles are often considered the first line of a poem. In fact, many poets use the first lines of their poems as titles.

A revenant is an angry spirit or reanimated corpse, typically believed to return from the grave to terrorize the living. This image offers a specific, terrifying image and creates certain expectations for the reader. Billy Collins masterfully subverts these expectations.

In the first stanza, the poet begins with some grim images. Most pet owners would understand the pain of losing a pet, or having to put one to sleep. Some may have even had nightmares about being haunted by a deceased pet. Collins preys on these insecurities and emotionally charged moments in the first couple lines. Then, in the last line of the stanza, the poem’s tone changes drastically. The idea that a dog, man’s best friend, would return from the grave simply to say “I never liked you—not one bit,” is inherently comical.

The second stanza continues to present an image to the audience, building expectations, only to subvert almost immediately. In the first line of this stanza, the poet, through his deceased dog speaker, offers an image that dog lovers know well. Many people would react with joy when a beloved pet licked their face. Almost none of them would ever think that their dog was secretly contemplating mauling them, as the speaker of the poem once did.

The next two lines present an even more horrifying subversion of the master/dog relationship. The idea of being “unmanned” by an angry, resentful dog is almost nightmarish. Looking at a passive canine face, and most people would never suspect they are capable of such violent fantasies. The dog in this poem clearly was.

In the third stanza of The Revenant, Collins’ vengeful dog spirit starts to list its grievances. Most of the issues the dog complains about are, seemingly, the things that separate humans from animals. We move differently, we eat differently, we act differently.

What if the other animals resent us for it? Collins is drawing our attention to their point of view. What do our pets, do wild animals, think of us?

The dead dog’s long list of issues continues. In this stanza, Collins comments on the nature of pets. We teach our pets to be dependent on us. We breed them to need us. We train them to be weak, passive, submissive, and yes, to love us. We never give any thought to this; we never wonder if this is what’s best for the animal.

This particular dog would have runaway, if it had not been taught dependence. The dog also resents the demeaning tricks it was forced to perform.

For a moment, Collins offers us a glimmer of hope. The poor dog wasn’t completely miserable; it still enjoyed going for walks with its master. In keeping with his pattern so far, the poet immediately subverts this idea.

The third and forth lines in this stanza reek of resentment. This dog clearly loathed its owner and was only excited to be free of its human’s smell.

In this stanza of The Revenant, the speaker acknowledges its master’s disbelief, and by extension the readers. It is indeed difficult to believe that a dog would harbor such strong resentment toward anyone or anything.

I think that Collins is subtlety drawing attention to humanities self-centeredness. We often dismiss the needs and wants of so-called lesser creatures, if these needs and wants are considered at all. Pet owners can also be guilty of this.

The idea that people, almost willfully, cannot understand their pets is also supported in this stanza. The audience learns that the dog’s owner could not even scratch properly.

All the dog wanted was food and water. The audience is left to wonder if the unknown man the dog’s ghost is addressing was able to provide even that small amount of satisfaction.

As the poem continues, the writer alludes to the wild nature of dogs. While its human slept peacefully, the dog stared up at the moon and wanted to howl.

Dogs are, of course, descended from wolves. We can never know how much of this feral nature remains in our household pets. Is it a daily struggle for them to resist the call of the wild? Do they dream of hunting in the moon lit night? We, like the nameless pet owner being addressed, can never truly know.

As the vengeful dog spirit declares itself free of its owner’s shackles, the poet takes time to criticize the materialism that some pet owners fall prey to. Luxury dog beds, dog salons, dog massage parlors, dog vacations, state of the art toys, all this and more are available for the dog owner with enough money.

The speaker is, as I said, free of all this materialism and in a better place. This has a couple of implications. First that there is an afterlife and that there is a place for dogs there.

In the final stanza of The Revenant the speaker gives us a more detailed glimpse into this after life. It’s not what readers may expect. Everyone there can read and write, even cats and dogs. The most interesting detailed thing to me is that dogs, but not cats or the other animals, write in poetry.

What is Collins saying about dogs? Does he believe that they are inherently more poetic than cats or other animals? Is he suggesting, perhaps that dogs are more like men in this respect? Or perhaps are dogs simply more prone to sentimentality than cats? We can’t know for sure, but I believe that the Poet is suggesting that dogs are more like people and more capable of art.

Structure of The Revenant

The Revenant consists of ten, four line stanzas. The Revenant is written in free verse. Each of the stanzas begins with a capital letter and ends with a period that is except for the last two stanzas. This change in structure is indicative of a poetic turn. Looking closely at the ninth and tenth stanzas its clear that there is a shift in tone. The final stanza is meant to provoke thought and force the reader to reevaluate the rest of the poem.

Historical Context of The Revenant

Billy Collins is one of the most popular, recognized, and influential American poets writing today. He was poet laurite of the United States of America from 2001 to 2003. This is only one of the numerous honor, accolades, and titles he holds. He works as a teacher, co-founded a literary magazine, has published numerous works, and edited various collections.

The poet is known for his wittiness, use of humor, and ability to encourage in the masses a love of poetry. His readings regularly sell out, and his goal as poet laureate was to encourage school children to connect with poetry.

The Revenant first appeared in “The Trouble With Poetry and Other Poems”, Collins seventh book of poems. The collection was published in 2003 and was the first written during his tenure as poet laureate.

Related Terms:
What's your thoughts? Join the conversation by commenting
We make sure to reply to every comment submitted, so feel free to join the community and let us know your thoughts below. Scroll to view the comments section. 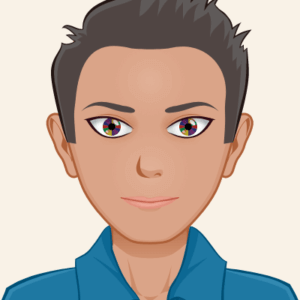 The Breather by Billy Collins

The Art of Drowning by Billy Collins