‘Two or Three Wishes’ belongs to Carl Dennis’s poetry collection Ranking the Wishes (1997). This piece is about the veracity of imagination and the role of truth. 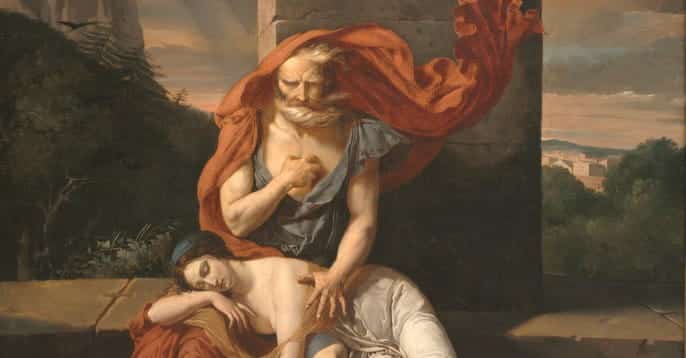 Carl Dennis’s poem ‘Two or Three Wishes’ delves deeper into the idea of imagination and how truth plays an integral part in the process. For bringing home his idea, he cites a reference to the Greek mythological character, Oedipus. Then he dives into the world of imagination, where he somehow wants to deliver the truth and evaluate its impact on the human mind.

Carl Dennis’s ‘Two or Three Wishes’ is about imagination, its significance, and how truth plays an integral part in the process.

This piece begins with reference to Oedipus, a tragic hero who kills his father and marries his own mother. Later, when he recognizes his mistake, he blinds both his eyes and exiles himself along with his daughter Antigone. The speaker tells readers to imagine what would happen if Oedipus is ignorant of his flaw and roams around the city of Thebes as a blessed king. Then he asks them to place himself in their imagination. They have to speculate what will happen when they come across the truth.

And remains king to the end,

Isn’t all we ask for. We want some truth as well,

Whatever that means. We want our notions,

Carl Dennis’s poem ‘Two or Three Wishes’ is all about imagining what the poetic persona tells readers. In the very first instance, he talks about Oedipus, the hero of Sophocles’ tragedy Oedipus Rex. He puts the character in a different scenario where he fails to recognize his hubris. In Dennis’s imagination, he does not come across a moral downfall.

He asks us to imagine that Oedipus never recognizes his ignorance that he has murdered his own father, King Laius, and subsequently married his mother, Queen Jocasta. He remains the King of Thebes till the end.

As he walks the streets of the city, he feels proud of himself. He thinks that he has saved the city from the plague, and he is diligently doing his responsibilities to his wife, Queen Jocasta. Besides, he feels blessed as the father of two dutiful daughters.

Then, the poet asks whether Oedipus will be called truly happy in this scenario and whether a man can live peacefully in ignorance. Unquestionably, a person can never be happy without seeking the reason behind it. Hence, the speaker admits that happiness is all that a person can ask for. Everyone chases the “truth”, no matter how cruel it is.

However beautiful and coherent,

Linked to something beyond themselves.

Who may be nearing the outskirts now

Wondering if you’ll know how to take the news.

Furthermore, the person wants his notions to be verified. It does not matter how beautiful and coherent it is. One must seek even if he is happy and content with his life. People link their happiness to something that is beyond their control. In Greek tragedies, this “something” is also referred to as “fate” or divine intervention.

In the next lines, Dennis asks us to imagine another perspective. He wants us to place him in our thoughts. Furthermore, he wants that dream to be an exact imitation of reality, both in flesh and spirit. He imagines a reader’s heart as a city like Thebes. The listeners prefer him as their sole companion in their garden visits.

The speaker would watch us resting again on the park benches. He observes how we gather courage for the messenger bearing the “truth”. He may be nearing the outskirts of our imaginary garden. The main idea of the poem lies in the last line. Here, the poet asks how we are going to take the news. Will readers be shocked or be enlightened after knowing the truth?

Dennis’s ‘Two or Three Wishes’ is a free-verse lyric poem. It does not have a regular rhyme scheme or meter. The text consists of a total of 22 lines that are packed into a single stanza. There is no specific stanza division except the end-stopped lines that mark a shift within the poem. Besides, this poem is written from the perspective of a first-person speaker. The speaker is none other than the poet himself. He directly converses with the readers and asks them to imagine a few scenarios.

Dennis uses the following literary devices in his poem ‘Two or Three Wishes’.

What is the poem ‘Two or Three Wishes’ about?

Carl Dennis’s poem ‘Two or Three Wishes’ concerns how one’s imagination and what is the role of “truth” in one such imaginary scenario. To present his idea, he alludes to Oedipus and places him in a different situation.

When was ‘Two or Three Wishes’ published?

The poem was first published in 1997 in Carl Dennis’s one of the best-known poetry collections, Ranking the Wishes.

Who is the speaker of ‘Two or Three Wishes’?

The speaker of the poem is none other than the poet Carl Dennis himself. He writes this piece in a conversational manner and talks directly with the readers.

What is the theme of ‘Two or Three Wishes’?

This poem taps on a number of themes that include imagination, the human mind, truth, and perception. The main idea of the poem concerns the role of truth in imagination and how the human mind works.

Here is a list of a few poems that are similar to the themes present in Carl Dennis’s poem ‘Two or Three Wishes’.