C arol Ann Duffy  is considered to be one of the most significant contemporary British writers. Her work is enjoyed by a vast audience and appreciated by critics and the general public alike. She is recognized for her straightforward, unrelenting approach to gender issues, and masterful use of the dramatic monologue.

‘Havisham’ is a brilliant retelling of the life of the famous character by the same name in Dickens’ Great Expectations.  Rather than depicting her as a depressing, and sometimes slightly scary spinster, she is a powerful woman who has no desire to mourn the man she lost. The poem contains humorous elements as well as a strong feminist message.

‘Mrs. Midas’ is another retelling of a character’s life. This time it is the wife of the mythological King Midas from Ovid’s Metamorphoses speaking. Mrs. Midas is immediately irritated by her husband’s newfound abilities and ends up having to throw him out of the house. He depressingly goes to live in the woods where she can barely stand to visit him.

‘Nostalgia’ considers the importance of language, the meaning of the word “nostalgia” and the emotions associated with it. Through the poem, Duffy is asking the reader to consider when they first knew what nostalgia was, and how it is present in their own life.

‘Prayer’ is another emotional piece. This time, it is about how one confronts the world in times of need. Prayer is one way of dealing with the difficulties of life. In this text, Duffy gives examples of the vibrant forms it can take. It emanates from unusual sources. Such as the chanting of trains and the “minims sung by a tree.” These are the gifts that give the world order and our lives meaning.

‘Anne Hathaway’ investigates the life of Shakespeare’s wife of the same name. Anne is the speaker of the text and it is through her the reader gets an intimate look at the Bard’s life. This piece is sweet, moving, and filled with figurative language. She compares his writing to beautiful things, like shooting stars. His touch is just as powerful to her as his written words

Carol Ann Duffy was born in Glasgow, Scotland in December of 1955. Her family was Roman Catholic and lived in a poorer region of the city of Glasgow called, Gorbals. It was in this area that her father, Frank, worked as an electrician and lived alongside her mother, Mary Black. Duffy was the first of five children, all of whom, aside from the writer, were boys.

In 1961, when Duffy was still young, the family moved to Stafford, England. She began her education the following year at Saint Austin’s RC Primary School. Duffy was there until 1967 when she moved to Joseph’s Convent School. It was at St. Joseph’s that her passion for literature first fully emerged. She had always been a passionate reader and writer, but with the encouragement of important instructors, she came to the conclusion that she wanted to become a writer. Her first poems were written when she was only eleven years old.

Duffy went on to Stafford Girl’s High School in 1970, where she stayed for four years. It was around this same time period that she first began to publish her adolescent work in poetry magazines. It was through the connections that she made in her later convent schools that allowed her to get a number of her poems published in Outpost. She would soon meet Adrian Henri who was one of the “Liverpool poets,” a group working in the 1906s in Liverpool, England. They were from the same scene that produced The Beatles. Duffy and Henri lived together until 1982.

In 1974, Duffy began a degree in philosophy at the University of Liverpool. She graduated in 1977 with honors. It was only six years later that she won the National Poetry Competition for Whoever She Was, as well as the Greenwich Poetry Competition for ‘Words of Absolution.’ The following year saw her begin work as a poetry critic for The Guardian. She only worked there for a year, before moving on to Ambit, where she was the editor.

The late 80s and early 90s saw Duffy continue to win awards for her poetry, these included the Scottish Arts Council Book Award for her collection, Standing Female Nude, published in 1985, and the Somerset Maugham Award for her 1987 collection, Selling Manhattan. These were followed by the Dylan Thomas Prize in 1989, and the Lannan Award in 1995.  This year also saw the birth of her daughter, Ella. Throughout the 80s she had a number of plays performed at the Liverpool Play House as well as a theatre in London. These include Take My Husband and Cavern of Dreams.

She continued to publish throughout the late 20th century. She released a variety of collections and was included in, and edited, a number of anthologies. She also published Grimm Tales and More Grimm Tales, a collection of plays for children, as well as The Oldest Girl in the World, a book of children’s poetry. The poet wrote and continues to write, picture books for children.

In 1999, the media released a rumor that Duffy had been considered for, and lost out on a chance to be named poet laureate. It was said this was due to the fact that the Prime Minister of the day, Tony Blair, feared her sexual preferences would upset the general public. She would later be renominated, and accept the position in 2009. She is the first female Scottish poet to be in the role since the tradition began 400 years ago. The sole reason, she states, that she accepted the nomination.

In 2005, she won the prestigious T S Eliot Prize for her collection, Rapture, which is considered one of her most important volumes. It is said to detail the long term relationship the poet held with Scottish poet, Jackie Kay, which ended in 2004. The same year she was awarded an Honorary Doctorate from Heriot-Watt University. More recently, she was named as an Honorary Fellow of the British Academy.

Carol Ann Duffy currently lives in Manchester, England, and is the Creative Director of the Write School at Manchester Metropolitan University. She stepped down from the role of poet laureate in May 2019 and was replaced by Simon Armitage.

Explore poetry by Carol Ann Duffy below, analyzed by the team at Poem Analysis. 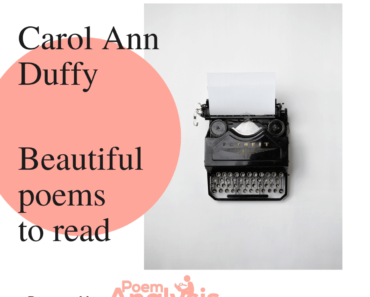 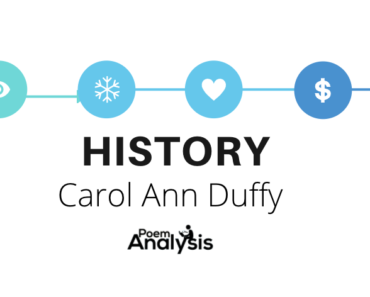 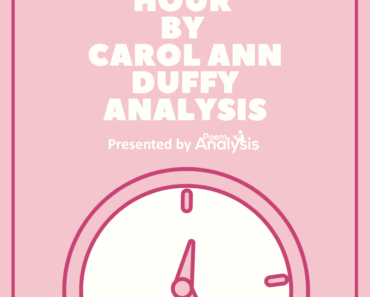