The poem ‘Sympathy,’ by the 19th-century Scottish poet Charles Mackay, is a unique way to differentiate the values of materialistic approach and humanitarian philanthropic one by juxtaposing two contradictory pictures.

Poetry is the stream of life as Charles Mackay stated:

The poet-narrator has practiced his def hands to pick a sensitive lesson of values- morals and knitted them with the strings of rhythm.

The poem ‘Sympathy’ conveys, through its rather slim and slender structure, a profound philosophy born of two contradictory experiences of materialistic world and humanitarian sponsorship of a single individual – the poet-narrator.

The poet-narrator, while plunged deep into the nadir of misery, received the grace of a proud man, who showed him only a nonchalant charity. The narrator paid back his grace and thanked him on the first chance he could get. In a similar situation, when the narrator was in abject penury and hardship, accompanied with mental agony and affliction, a poor man played the Good Samaritan for him, nursing his bruised body and bruised heart. The poet-narrator felt that this time he could not pay back the benevolence. The sympathy he got was invaluable and cannot be returned.

The theme that this wonderful poem pivots around is that empathy and cordial sincerity is the most necessary thing for a man in distress. Material aid may help him overcome the crisis but makes him an in debt to the person who shows charity to him and he resolves to meet the pride of the giver by standing ‘erect’ and giving back the ‘gold’. But, sympathetic words and behavior heal up the wound from within; the receiver feels that this act of benevolence does not give birth in him a sense of humiliation and that he can never return it with any word of gratitude.

The most striking structural feature of the poem is its antithetical balance. The second eight lines are juxtaposed with the first eight lines. The first three words of both parts, being self-same, act as the fulcrum. The abstract noun ‘Charity’ of the first part is weighed against the abstract noun ‘Sympathy’ in the second part- both in capital letters. The first part ends in bold retaliating activities on part of the narrator. The second part ends in confusion: the narrator fumbles the way proper to show his gratitude but finds none. The poem ends in an exclamation with which the narrator reaches the final philosophical realization; ‘Sympathy’ is far greater than ‘Charity’.

The poet has used some figures of speech that may be mentioned here.

Anastrophe (inversion of the normal order of words): As in the line ‘my grief a proud man heard’ the proper syntax should have been ‘A proud man heard my grief’.

Internal Alliteration (the repetition of the same consonant sound in the middle or end of the words):  The first eight lines show the instance with such words as ‘distressed’, ‘proud’,’ heard’, ‘cold’, ‘gold’, where there is the internal Alliteration /d/ sounds.

“I lay in sorrow, deep depressed…

My grief a proud man heard…

His looks were cold. He gave me gold.

But not a kindly word.”

The first four lines from the first structural part of the poem, where the poet-narrator ruminates over the days of misery and recapitulate the disgrace of receiving a ‘proud’ man’s grace. The ‘gold’ he got perhaps helped him overcome the hardship, but the lack of warmth, the lack of sympathy,  on part of the affluent arrogant man turned that boon rather into a bane for him. The two adjectives ‘proud’ and ‘cold’ are important in this respect. The vanity and indifference that accompanied the ’gold’ made it a display of charity only- breeding a sense of humiliation into the receiver.

“My sorrow passed – I paid him back.

The gold he gave me.

Then stood erect and spoke my thanks

And blesses his charity.”

These four lines belonging to the same structural part, speaks of the retaliation on part of the receiver, though gentle, even humble, it was a retort to the ‘pride’ to the ‘cold,’ attached to the act of charity. Words and phrases like ‘payback’, ‘stood erect’, ‘spoke…thanks’ and the final ‘Charity’ in majuscule demand added attention. The receiver now, overcoming the crisis, is potent enough to hold his head high and pay back his debt of gold and ‘speak’ ‘thanks’ to the benefactor. This is the retaliation against the humiliation of taking: the ‘gold’, that has become brass without ‘kindness’ must be returned.

“I lay in want, in grief and pain.

A poor man passed my way.

He bound my head. He gave me bread.

He watched me night and day.”

These four lines initiated an antithetical part, juxtaposed with the first one. Strikingly enough it begins with the same manner, the first few words being the verbatim echo of the initial words of the first line: ‘i lay in…’. Now comes the structural paradoxes. This time the man to extend the helping hand is not rich. His act of charity does not involve ’gold’; it comes very close to the ‘neighbourly’ assistance provided by the ’Good Samaritan’ for the ’wounded man’ who was going from ‘Jerusalem to Jericho’ in Christ’s ‘Parable of the Good Samaritan’.

“How shall I pay him back again

For all he did to me?

The poet-narrator is stupefied to feel that he can never ‘pay back’ this generous man, for, the ‘Sympathy’ he showed to him is divine- not something mundane that can be paid back with anything terrestrial.

Who is the speaker of the poem ‘Sympathy?‘

The speaker is a man who fell in distress twice in his life and had the experience of being helped once by a proud man, and later by a poor sympathetic one.

What is the tone of the poem ‘Sympathy?‘

The tone of the poem is didactic. It imparts the lesson that benevolence is more a bane than a boon for the recipient.

Readers who enjoyed this poem may enjoy these similar poems: 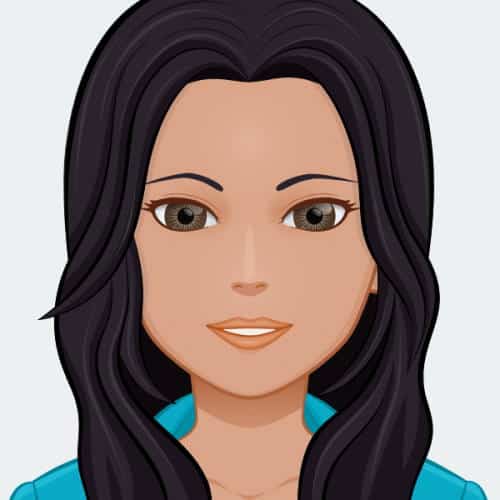 Meghamitra graduated with a degree in English Literature and has pursued a Masters degree to further her education. She has her own blog on literature and loves to analyze poetry on Poem Analysis.
Subscribe
0 Comments
Inline Feedbacks
View all comments