‘Air Raid’ by Chinua Achebe is a poem that provides a glimpse into the Nigerian/Biafran Civil War using symbolism and dark humor.

‘Air Raid’ by Chinua Achebe is a very short poem portraying the Nigerian Civil War from a civilian’s perspective. It relies on simple but potent language to paint the gory picture of a war-torn nation. The use of symbolism and dark humor are the poem’s highlights.

‘Air Raid’ by Chinua Achebe relates the events of the Nigerian Civil War from a civilian’s point of view.

‘Air Raid’ has a rapid-fire opening. The poem immediately takes us to the war setting, where aircraft are literally reigning death on civilians. It doesn’t mellow out in the second stanza. In fact, the poem brings us closer to the war using a mundane scenario of friends about to greet each other before one of them is sliced in half. Regardless, ‘Air Raid’ attempts to dissolve tension at its end by including dark humor. As the speaker says, the dead friend has other worries now than his friendly greeting.

It comes so quickly

from evil forests of Soviet technology

The first stanza of ‘Air Raid’ is heavy with symbolism. Through their narration, the persona brings readers close to the war. They point out the speed of the aircraft’s arrival, portraying the suddenness with which death often descends on its victims during such times.

The third line uses simple but symbolic language to express the persona’s distaste for the devices of war. He says they come from the “evil forest”, a place known in Nigeria to be where malignant spirits live and evil things/people are abandoned. Contrary to its actual meaning, this evil forest becomes an abode for “Soviet technology” in the poem.

The phrase lends credit to the fact that the “bird” in line 2 is, in fact, an aircraft. Line 3 also hints at the persona’s possible distaste for the Western nations, from which this warcraft came.

A man crossing the road

to greet a friend

has other worries now than a friendly handshake

The last stanza brings readers even closer to the war with a mundane but tragic event. It again underscores the suddenness of death during war. By using the example of two random friends crossing the road to greet each other, only for one to be sliced in half, the speaker instills the thought that such an end could come to anyone. This thought makes the final stanza haunting as well as potent. Regardless, the poet persona tries to mellow out the poem by injecting dark humor in the last few lines.

‘Air Raid’ comprises two stanzas, the first stanza having three lines, the second having seven. The poem is written in free verse. Like most of Achebe’s poems, it also heavily employs enjambment.

What is the tone and mood of ‘Air Raid?’

The tone and mood of the poem, overall, is bitter. Even when the speaker makes a joke, his disdain can’t help but show.

Where was ‘Air Raid’ first published?

‘Air Raid’ was first published in Beware Soul Brother and Other Poems (1971). About a third of the poems in this collection relate to events of the Nigerian Civil War.

What are the themes of ‘Air Raid?’

War is the central theme in this poem. Other themes like death and bitterness are tied in as effects of war.

Who is the speaker in ‘Air Raid?’

The speaker/poet persona in ‘Air Raid’ is an observer who also happens to be a civilian. They relate the events of the poem to readers as they watch them unfold.

What real-life event inspired the poem?

The Nigerian/Biafran Civil War (1967-1970) inspired the poem. However, Achebe draws direct inspiration from the incidents that took place mid-war (between 1968 and 1969). After General Emeka Ojukwu declared eastern Nigeria a new state, the Republic of Biafra, federal aircraft took to shelling Biafran towns, killing civilians in their numbers.

If you enjoyed reading ‘Air Raid’, you may like the following poems: 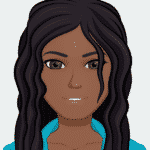