The Heavy Bear Who Goes With Me by Delmore Schwartz

‘The Heavy Bear Who Goes With Me’ by Delmore Schwartz is the poet’s best-known piece. It explores the division between the mind and body. 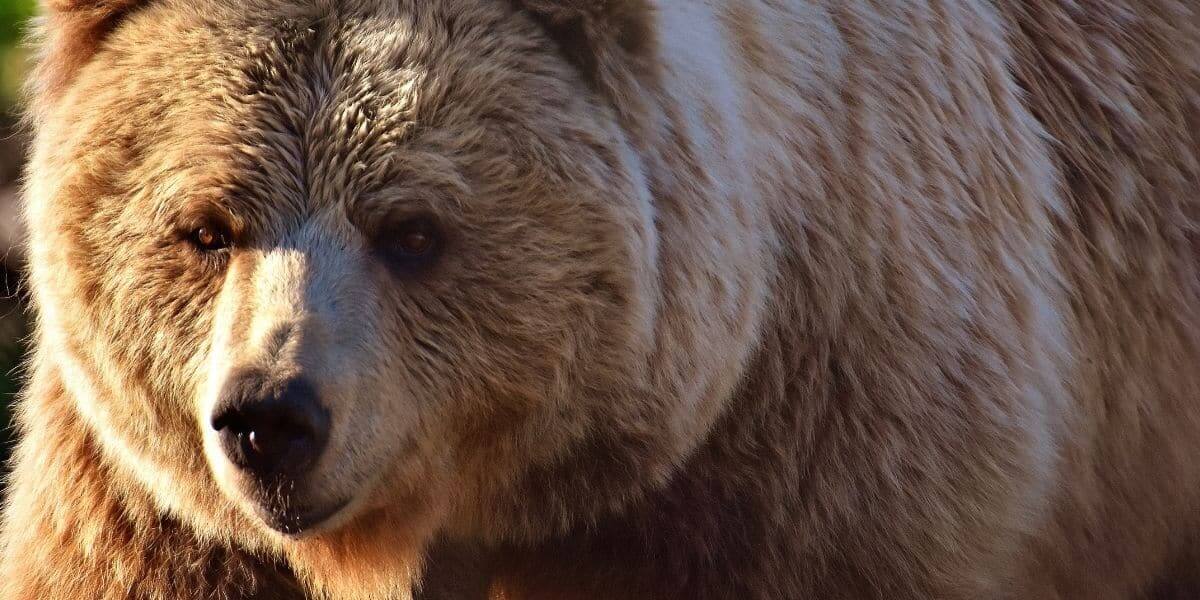 Before the first stanza of the poem, Schwartz adds the one-line opener: “the withness of the body.” This alludes to the nature of the poem’s content and his focus on the separation of body and mind.

Explore The Heavy Bear Who Goes With Me

‘The Heavy Bear Who Goes With Me’ by Delmore Schwartz is a thoughtful poem that uses images to describe the difference between the body and the mind.

The poem uses the image of a bear to personify the body. The speaker describes how his body is controlled by base desire and the need for satisfaction while his mind is continually trying to reign this “bear” in. The body wants that which the mind knows it shouldn’t have, like candy and fights.

The heavy bear who goes with me,

Boxes his brother in the hate-ridden city.

In the first stanza of ‘The Heavy Bear Who Goes With Me,’ the poet begins by using the line that later came to be used as the title. The “bear” is a symbol for the inner being that the poet’s speaker describes residing within his body. This innersole is animalistic and driven by instinct and desire. The bear has “manifold,” or a great deal of “honey to smear his face.” He indulges himself without restraint.

The bear inside the speaker is seeking out the most fundamental of pleasures—food. Specifically, the speaker notes, “candy.” He’s also fueled by hunger and the desire to sleep. There is no care taken as the bear-self moves from a desire to desire. It is simple instinct and needs. This is emphasized in the following lines as the speaker describes the bear lumbering and fighting.

The inner bear is “Clumsy” and moves without grace from one need to the next.

Breathing at my side, that heavy animal,

Must finally wince to nothing at all.

The “bear” or inner self the speaker is contending with is beside him at all times. He sleeps with the speaker, and the speaker is always trying to reconcile the reasonable part of himself and the “bear” part.

That inescapable animal walks with me,

Opaque, too near, my private, yet unknown,

In the first half of the last stanza, the speaker describes the situation clearly. The bear, or this inner self, has been with him since birth, as it has with all people. It moves where he moves and distorts his gestures. It makes everyday things that need to get done more difficult. He uses metaphors to compare this inner instinct-driven self to a “swollen shadow” and a “stupid clown of the spirit’s motive.”

The speaker alludes to the ways in which the bear makes his life more difficult. When he tries to take care in specific delicate situations, and with people he cares out, the bear makes it more challenging.

Stretches to embrace the very dear

The scrimmage of appetite everywhere.

The inner self longs to embrace the “very dear / With whom I would walk without him near.” This is likely a reference to the way this innersole lusts for those the speaker is trying to love in the purest way possible. For example, someone trying to resist the lust they feel for a new romantic partner, focusing instead on getting to know them. The bear-self is only thinking about sex and the gratification they can receive.

The bear is always striving to be fed in whichever way he wants next, and he’s not the only one. The world is populated by people with hungry inner selves. They are dangerous when they are allowed to take control. The mind and the body, the speaker suggests, are separate entities. One has reason and control, while the other is only driven by a need to satisfy its own desires.

‘The Heavy Bear Who Goes With Me’ by Delmore Schwartz is a three-stanza poem that is separated into uneven stanzas. The first has nine lines, the second: ten, and the third: sixteen.

The poem follows a loose pattern of rhyme. For example, the first stanza rhymes ABCBDEFFA. The second stanza is far less structured, with only a couple of examples of rhyme. The end word “me,” for example, is repeated again.

What is the tone of ‘The Heavy Bear Who Goes With Me?’

The tone is passionate and analytical. The speaker feels deeply about that which he’s describing in these lines. He uses powerful descriptions of his base desires, seen through the image of a bear, to help readers understand the way he considers the mind to be separate from the body.

What is the theme of ‘The Heavy Bear Who Goes With Me?’

The theme is the separation of the mind and body. One might also cite self-control, or lack thereof, as another theme. The speaker spends the lines describing how the two sides are clashing.

Who is the speaker in ‘The Heavy Bear Who Goes With Me?’

The speaker could be the poet himself. But, it could also be anyone who has ever felt a lack of control over their actions. One may know right from wrong, but on occasion, it’s hard to reign in one’s impulses and desire for something “wrong.”

What is the purpose of ‘The Heavy Bear Who Goes With Me?’

The purpose is to emphasize the power the body has over the mind and the conscience and unconscious battle the mind goes through in its attempt to control the body’s impulsiveness.

Readers who enjoyed this poem should also consider reading some related pieces. For example:

Home » Delmore Schwartz » The Heavy Bear Who Goes With Me