‘Digging’ by Donald Hall is a thoughtful poem about transformation and nature. The poet leans on images from nature, like a seed growing into a flower, to describe one person’s transformation. 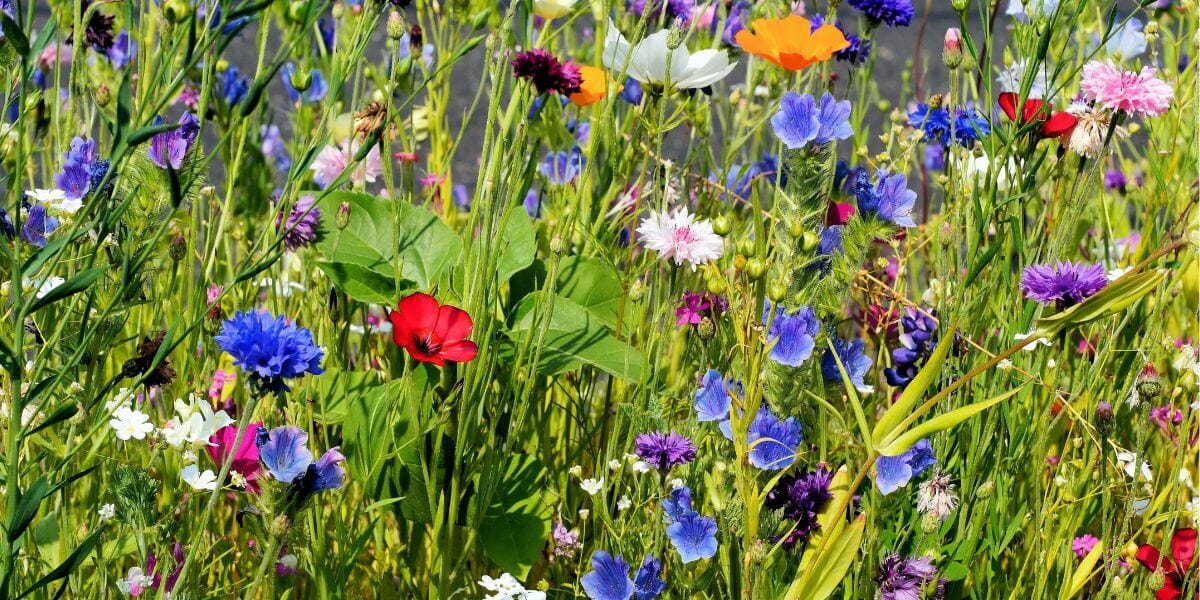 This poem is one of Donald Hall’s best. It represents much of what readers love about his verse, including its simple language and relatively easy analysis. ‘Digging’ does not provide readers with an easy answer to all their questions, but it powerfully conveys its themes.

‘Digging’ by Donald Hall depicts “you” transformation from a seed into a flower.

The poem begins with the speaker describing you coming inside at dark with dirty hands from digging in the garden. The speaker imagines the wind coming that night, sweeping you up, planting you in the ground, and the fertile earth sprouting a green shoot from between your rib cage. You grow into a beautiful flower that speaks the language of bees and is still entirely “your own self.”

The poem speaks to the power of transformation and the power of the natural world. The speaker clearly respects the former in that he uses it as a metaphor to describe “you” changing from a “seed” into a flower speaking the language of bees. The imagery is entirely metaphorical but is no less powerful because of it. Transformation, the speaker suggests, is a painful process but one that can result in beautiful things.

‘Digging’ by Donald Hall is a five-stanza poem that is divided into sets of five lines, known as quintains. These quintains do not follow a specific rhyme scheme or metrical pattern, meaning that they are written in free verse. Generally, though, the odd-numbered lines are shorter than the even-numbered lines. But, they too vary significantly in length. For example, line one of the first stanza and line five of the fifth stanza.

One midnight, after a day when lilies

lift themselves out of the ground while you watch them,

and you come into the house at dark

your fingers grubby with digging, your eyes

vague with the pleasure of digging,

In the first lines, the poet begins by describing someone their speaker cares about walking into the house after “digging.” They’ve been out on a day where the lilies bloomed and returned at dark with grubby fingers and eyes “vague with the pleasure of digging.” The “you” to whom the speaker directs their words throughout this poem is unknown. They are never given a name or gender. This allows readers to consider themselves or anyone else in the place of this unknown person.

From this first stanza, readers can deduce that “you” love nature, flowers, and gardening. It gives “you” a pleasure that nothing else does, and the speaker recognizes that fact and sees it as beautiful and worth exploring.

let a wind raised from the South

The poem takes a turn in the second stanza as the speaker asks that a wind from the South comes and lifts “you” (after you “have become as small as a seed”) out of your bedroom and carry you out of the house, “spinning and fluttering.”

In the speaker’s mind, the wind lifts “you” and takes you outside as it might a small seed. This is an image of freedom and transformation that’s continued into the next lines.

and drop you in cracked ground.

in a dead sleep, surrendered to water.

In the third stanza, the speaker begins by describing how the “wind” dropped “you in cracked ground,” the perfect place to plant a seed. There, the cool dirt will be “rough to your clasped skin.” Here, the poet uses a simile comparing the feeling of the first to the “man you have never known.” It’s personal, physical, and unknown.

There, the speaker declares, “you will die in the ground / in a dead sleep.” There, you will be “surrendered to water” and begin to grow as a real seed would. This is where the true transformation begins.

You will wake suffering

through the tomb of your dead flesh

The speaker describes how “you” suffer and endure a great deal of pain. It’s described in human terms (despite the overarching seed imagery). The pain in your side becomes a “breach” that a “green shoot struggles” through. This example of personification is quite interesting in that it allows readers to see a human being and a plant in a new way. It suggests that plants engage in a similar kind of lifecycle that includes this startling and painful transformation.

You now, the speaker says, are nothing more than a “tomb of…dead flesh.” This brutal imagery is juxtaposed with the beauty of the blooming plant. It lifts itself out of your body and moves into the sun and air. There, it’s still you, and it’s going to flourish.

to the sun, to the air of your garden

to bees, in the language of green and yellow, white and red.

In the final stanza of the poem, the speaker describes how you finally blossom into the shape of “your own self.” You become one with all other flowers and live your life speaking “to bees, in the language of green and yellow, white and red.” You’ve fully transformed becoming something new but still entirely your “own self.”

Here, some readers may find themselves considering varied interpretations of the poem. For example, the ways that this poem may be related to childbirth and reproduction. Or, for those familiar with ‘Digging’ by Seamus Heaney, how the lines of the text could follow a pattern similar to that which is laid out in his famous free verse poem. Perhaps the author was thinking about Heaney’s use of the “pen” to “dig” or write as his forefathers used a spade to create a better life.

What is the tone of ‘Digging?’

The tone is appreciative and loving. The speaker clearly cares about the person to whom they are directing these lines, and despite describing this person enduring pain, they express their admiration and love for them in their depiction of their transformation.

What is the imagery in ‘Digging’ by Donald Hall?

The poet uses flower and seed-related imagery to describe “your” transformation. He describes how you, after a night of digging in the garden, are transformed into a seed and planted yourself.

What is the theme of ‘Digging’ by Donald Hall?

The theme is transformation. The speaker describes how someone they care about, “you, “goes through a startling transformation and which you are planted in the ground, sprout, and become a flower speaking the language of bees.

Why did Donald Hall write ‘Digging?’

The poet wrote this piece in order to explore a single person’s love for nature and the ways in which people can change. They endure pain and then become a new version of themselves that is far more beautiful.

Readers who enjoyed this poem should also consider reading some related Donald Hall poems. For example: