Light Breaks Where No Sun Shines by Dylan Thomas

“Light Breaks Where No Sun Shines” is a poem written by Dylan Thomas, one of the noted poets of the American Imagist movement. The poem vividly describes the effect of hope on a person when there is no promise for a future. The poem draws on various striking imagery of light, water, bones, blood, and flesh to glorify hope and its power. There is religious significance in the poem which makes it unique among Thomas’ writings. 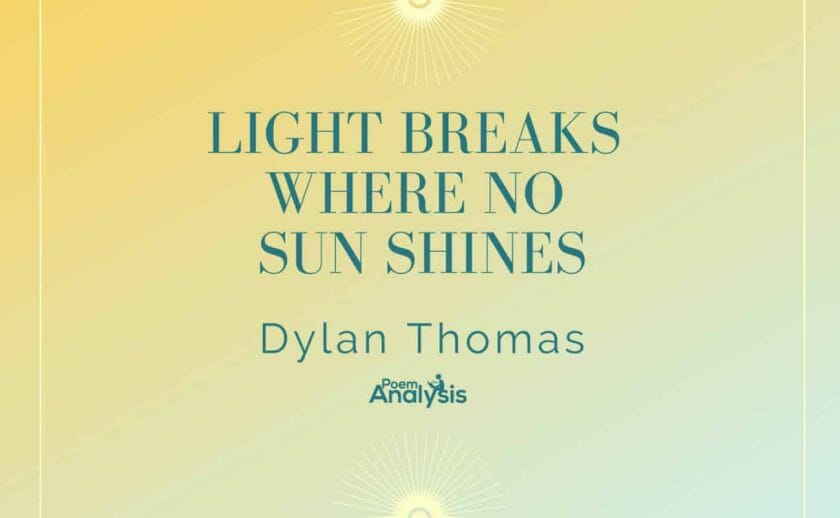 “Light Breaks Where No Sun Shines” describes the effect of hope that springs in a place where there is total hopelessness. Firstly, the promise of faith lets the heart swell with life and strength. Secondly, it brings focus to a person’s broken mind. And thirdly, it gives energy even to bones that have no flesh. Hope brings life to a lifeless body. Like light in a dark place, and water in a dry land, hopefulness brings the power to live and fight in life.

Hope shines like a candle that never melts. It brings energy to the young heart. Hope drives away the seeds of old age. It brings fertility to a place of sterility. Hope lets man reach the stars and shine brightly. Faith brings hope and it rises like the morning sun in one’s eyes. When it does, the blood of strength flows like a sea. Like the sun rays from the sky, hope gushes like smiles and tears without barriers.

Hope comes like day to dark moon-like eyes. It brings warmth to a cold place. It chases doubts and lets promise appear in the eyes. Even when the future is hidden, and even when doubtful thoughts spread, and even when logic fails, hope appears at the tip and lets the future take shape. Hope springs through the eyes and gives strength like the sun rising over a wasteland. Thus, Dylan Thomas describes the power of hope in human life.

Light breaks where no sun shines;
Where no sea runs, the waters of the heart
(…)
The things of light
File through the flesh where no flesh decks the bones.

The poem, “Light Breaks Where No Sun Shines”, opens with the title as the first line. Firstly, the poet compares hope to light and water. He says that hope comes like light where there is darkness and like water where it is dry. He opines that it gives strength to the heart and pushes it to strive. Hope brings life flesh to bones without flesh. In short, the first stanza symbolizes the power of hope to light and water that can bring life to a lifeless body.

A candle in the thighs
Warms youth and seed and burns the seeds of age;
(…)
Bright as a fig;
Where no wax is, the candle shows its hairs.

The second stanza of the poem, “Light Breaks Where No Sun Shines”, compares hope to a burning candle. The poet says that the candle of hope does not melt. It brings vigor to the youth and chases away senility from the adult. Dylan Thomas glorifies the power of hope by calling it a creator of life. The poet remarks that hope brings life to a sterile place. Like a fine fruit of fig, man’s strength expands and reaches the stars because of hope.

Dawn breaks behind the eyes;
From poles of skull and toe the windy blood
(…)
Spout to the rod
Divining in a smile the oil of tears.

The third stanza of the poem, “Light Breaks Where No Sun Shines”, describes the nature of the energy brought by hope in one’s eyes. It comes up like dawn and makes the strength of blood flow like the sea. The energy flows without any fence or hurdle. The energy is expressed in a mixture of joy and sorrow. It appears as a smile born out of the tears of joy.

Night in the sockets rounds,
Like some pitch moon, the limit of the globes;
(…)
The winter’s robes;
The film of spring is hanging from the lids.

The fourth stanza of the poem, “Light Breaks Where No Sun Shines”, describes the effect of hope chasing away sorrow and negativity. Hope chases darkness from the moon-like eyes. It brings warmth to the bones and drives away cold. It allows an individual to remove and throw away the dress of winter-like sorrow. Hope lets a person dream of a positive and bright spring-like future in their eyes.

Light breaks on secret lots,
On tips of thought where thoughts smell in the rain;
(…)
And blood jumps in the sun;
Above the waste allotments the dawn halts.

The final stanza of the poem, “Light Breaks Where No Sun Shines”, highlights how deep hope can reach into an individual. Even when one’s faith is lost and the future is hidden, hope shines like a light. Even when thoughts become hopeless and logic fails, hope can revive one’s energy. Hope appears at the tip of the thought and provides the power to create the future. Life and energy flow like light and like the sun shining on a wasteland.

“Light Breaks Where No Sun Shines” is a poem that exudes positivity. It injects hope in hopeless hearts. Hope is the theme of the poem. The poet strikingly describes the effect of rising hope amidst death and decay. The power of hope, even if it is a single ray, can lift an individual from the bottomless depth of despair and desolation. Dylan Thomas captures this miraculous power of hope in bringing life. The religious significance of the poem lies in the symbolic representation of faith and hope that leads to final salvation. The poet declares hope to be divine because it has both the power to procreate and the power to recreate and rejuvenate.

The poem, “Light Breaks Where No Sun Shines”, presents numerous images created from symbols. The symbols also have spiritual significance. The use of ‘light’ and ‘water to symbolize faith and hope provides the context to religious relevance. The symbol of ‘bones’ is used frequently representing hopelessness and death. ‘Flesh’ and ‘blood’ symbolize life and ‘the flow of light and water’ signifies the surge of hope and energy. The images are predominantly visual and tactile. There is motion in all the images signifying life and progress. Images of a skeleton, skull, bony sockets relate to the bleakness present in a situation, while images of the sun, the sea, and the candle relate to hope. The final stanza presents a beautiful image constructed with the seasons, winter and spring, in the context of despair and hope.

Dylan Thomas, the author of this poem, “Light Breaks Where No Sun Shines”, is a Welsh poet who was popular in the United States. He died young at the age of thirty-nine but he earned name and fame during his short literary career. Some of his well-known poems include “Do Not Go Gentle into that Good Night” and “And Death Shall Have No Dominion”. He had built the image of a drunk and desolate poet and he maintained it throughout his career. Dylan Thomas is one of the most influential poets of the twentieth century known for his imagery and extraordinary use of words and rhythm.

Discover ten of the best poems Dylan Thomas wrote, all analyzed by the team of experts at Poem Analysis.
Best Dylan Thomas Poems 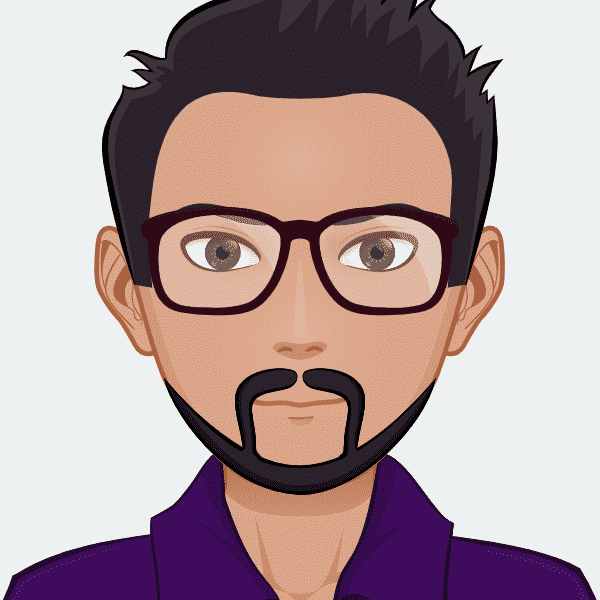