Eavan Boland’s poem ‘Quarantine’ is a non-traditional love poem about a husband and wife who are forced to move north during the Great Irish Famine in 1847. RTÉ shortlisted 10 poems as Ireland’s favorite poems of the last century in 2015. Boland’s ‘Quarantine’ was one of them. 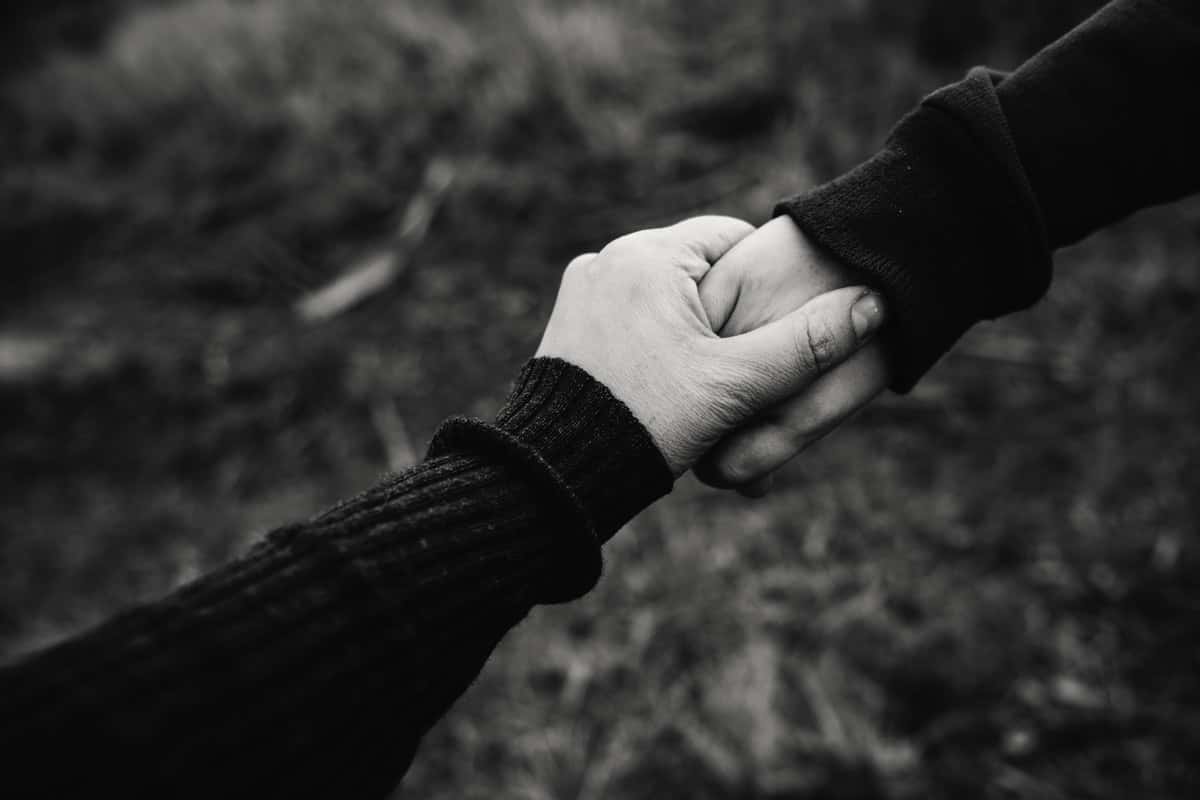 ‘Quarantine’ was published in Eavan Boland’s “Code” in 2001. Boland was born in Dublin, Ireland, in 1944, but she spent most of her childhood in both London and New York, due to her father’s career as a diplomat. The family returned to Ireland when Boland was fourteen, and she went on to attend Trinity College in Dublin. Much of Eavan Boland’s poems are based around Irish history, and ‘Quarantine’ is no exception. She was the director of Stanford University’s Creative Writing program.

In short, ‘Quarantine,’ a poem by Eavan Boland, is about a man and his wife who are forced to leave their home because his wife has become ill with famine fever.

In this poem, the couple leaves on a wintry night, walking in the frigid temperatures. The next morning, the husband and wife are found dead, of cold and hunger. From the way the couple was positioned, it was obvious that the man had succumbed first, dying with his wife’s feet in his hands. He had perished trying to provide heat to his sick and suffering wife.

This poem is not only a documentation of the horrors of the Irish Potato Famine, but it is also a love poem, showcasing that love is not always proven by what are considered to be traditional romantic gestures.

You can read the full poem here or watch Eavan Bolam reading the poem.

Eavan Boland’s ‘Quarantine’ consists of five stanzas. Each stanza contains four lines. Instead of using any sort of rhyme scheme, Boland instead writes the poem using free verse. The use of internal rhymings helps in maintaining the flow of this piece. Besides, the alliterating sounds create rhyming between each line. However, the poem does not follow a specific metrical scheme. Boland uses both the iambic and trochaic meter alternatively.

The first half of the poem reads almost as a police report would: it is written matter-of-factly and details the whereabouts and last hours of the couple’s life. It is written in the past tense—this is not currently what is happening to the characters in the poem; the events have already occurred, giving a sense of finality to the reader.

The second half of the poem becomes more personal, with the speaker, possibly Boland, inserting her opinion on what the death of the couple actually signifies. To the speaker, the story of the husband giving the last of his body warmth to his wife by holding her feet to his chest is the ultimate romantic gesture.

By using repetition, Boland is emphasizing the harsh conditions in which the couple sets out. Not only is it the worst season of the year, but it is also the worst year in Ireland’s history. The couple set out walking north, away from their home, which hints to the reader as to why the poem is titled ‘Quarantine’.

She was sick with famine fever and could not keep up.

Until at nightfall under freezing stars they arrived.

In the second stanza, the reader learns why the couple is leaving their home: they are seeking isolation from others because the wife is sick with famine fever. She almost immediately falls behind as they are walking, and her husband lifts her and carries her until night falls.

The last sentence of this stanza reads, “Until at nightfall under freezing stars they arrived.” Where they have arrived, though, is a mystery to the readers. In this sentence, Boland also uses hyperbole: stars are usually considered to be hot, burning things in the sky. By describing them as “freezing”, Boland is conveying to the readers just how dangerously cold it is outside as the couple is traveling.

In the morning they were both found dead.

The last heat of his flesh was his last gift to her.

The reader discovers in the third stanza of ‘Quarantine’ that the couple died during the night. The next morning, they were found by someone, dead: “Of cold. Of hunger. Of the toxins of a whole history.” The speaker is quick to inform the reader that it was not just the cold and hunger that killed them—it was the indifference and heartlessness of the British government overseeing Ireland that also led to their deaths.

Boland again uses repetition when revealing the final gift the man gave to his wife. She writes “But her feet were held against his breastbone. / The last heat of his flesh was his last gift to her.” The man knew the situation was grave and futile for them both, yet he still attempted to save his wife’s life by trying to keep her warm.

Boland uses “last” twice, which emphasizes the husband’s unsuccessful attempt. The poet also uses interesting diction with her choice of the word “flesh”. Quite often, this word is used in a sensuous manner, but here, the man’s flesh is being used as a weapon to ward off his wife’s death.

Let no love poem ever come to this threshold.

There is only time for this merciless inventory:

In the fourth stanza, Boland seems to be speaking directly to her readers, pleading with them to never allow such a love poem to exist again. She writes: “There is no place here for the inexact / praise of the easy graces and sensuality of the body.”

Yes, ‘Quarantine’ is a poem about the love a man has for his wife, but the love found within the confines of the poem is atypical: instead of extolling the ideals of passion and love, this poem is forced to tell the story of the sacrifices one man makes in the name of love. She ends the stanza with “There is only time for this merciless inventory,” which gives an almost scientific feel to the poem.

Their death together in the winter of 1847.

And in which darkness it can best be proved.

In the final stanza, the “inventory” is taken: the couple died in the winter of 1847. They suffered from famine, and they froze to death trying to leave their home. But what is also included in this “inventory” is the depth of love between a man and a woman, which is sometimes never seen until under the direst of circumstances.

The final two lines read “And what there is between a man and woman. / And in which darkness it can best be proved.” While it is very easy to write about the romantic, sensual side of love, it is harder to write about the darker sacrifices that are sometimes necessary. This is not a poem to be read to one’s lover to commemorate a special occasion; however, this still showcases the love a man and woman can share, and how that love defies everything else.

Eavan Boland, an Irishwoman, often wrote about Ireland and the history of its people, and this poem is a testament to that fact. In 1845, a great and horrible period in Irish history took place. During the Great Irish Famine, also called the Potato Famine, many people died of hunger and illness after a disease nearly killed all of the potatoes. Since vegetables are a cheap and hearty crop, they were the main staple of the majority of the people in Ireland. When the potatoes died, people were forced to emigrate from their lands, and it is thought that over a million people perished in the famine, and a million more left Ireland.

The famine finally came to an end in 1852, with many blaming the British Crown, who did nothing to help the situation. This terrible tragedy was one of the major reasons the Irish sought out independence from British rule.

What is the poem ‘Quarantine’ by Eavan Boland about?

Boland’s poem is about a couple who leave during the worst year of Irish famine while the wife was sick with famine fever. By the next morning, they both were found dead.

Who is the speaker in ‘Quarantine’?

The speaker of this piece is the poet Eavan Boland herself. She wrote this piece from the third person point of view.

When was ‘Quarantine’ written?

What is the tone of ‘Quarantine’?

The tone of this piece is clear, urgent, hyperbolic, ironic, and depressing. This piece depicts a tragic story of a couple who died in the winter of 1847 during the Irish Potato Famine.

What is famine fever?

Famine Fever is also known as typhus fever. In ‘Quarantine,’ Boland refers to the epidemic typhus that is caused by bacterial infection. During the Great Irish Famine between 1846 and 1849, the epidemic occurred.

You can also read about these heartfelt poems on a loved one’s loss and daunting death poems.

Jamie joined the Poem Analysis team back in November, 2010. He has a passion for poetry and enjoys analysing and providing interpretations for poetry from the past and present.