‘Sonnet 75′ is part of Amoretti, a sonnet cycle that describes Edmund Spenser’s courtship and marriage to Elizabeth Boyle.

‘Sonnet 75’ is part of Amoretti, a sonnet cycle that describes Spenser’s courtship and marriage to Elizabeth Boyle. Amoretti was published in 1595 and it included 89 sonnets and a series of short poems called Anacreontics and Epithalamion. The volume was titled “Amoretti and Epithalamion. Written not long since by Edmund Spenser”.

‘Sonnet 75’ by Edmund Spenser is a traditional love sonnet that depicts a speaker’s attempts to make his true love immortal.

Throughout the poem, the speaker describes writing his lover’s name in the sand, only to watch it be washed away by the tide. No matter how many times it happens, he labors on. He even continues to write after his lover tells him that she has no desire to live forever. He doesn’t believe that she should reside along with the baser things of the world. Spenser concludes with his speaker suggesting that his love is going to endure throughout time.

In ‘Sonnet 75,’ Edmund Spenser engages with themes of immortality and love. He spends the poem depicting his efforts to immoralize his true love. As hard as he works, he can’t seem to accomplish what he’s striving for. Spenser uses the image of the sand and waves in order to depict the inevitability of death. But, at the same time, as he continues to write between waves, he confronts death, seeking to overcome it. This shows the strength of his love in the face of unwinnable odds.

‘Sonnet 75’ by Edmund Spenser is a traditional Spenserian sonnet, formed by three interlocked quatrains and a couplet. It has an ABAB BCBC CDCD EE rhyme scheme and it is written in iambic pentameter. Spenser’s name is tied to this pattern as Shakespeare is tied to the structure he made famous within his sonnets.

Spenser makes use of several literary devices in ‘Sonnet 75.’ These include but are not limited to alliteration, an extended metaphor, and enjambment. The latter is a common formal device that occurs when a poet cuts off a line before its natural stopping point. For example, the transition between lines nine and ten. Allieration is another interesting device, one that is involved with repetition. For example, “pains” and “prey” in the fourth line and “verse” and “virtues” in line eleven.

In the first lines of the poem, the speaker introduces an extended metaphor that uses the image of a wave washing away his writing on the beach. It is used to represent the way that the speaker labors over his love but is continually rebuffed.

One day I wrote her name upon the strand,

But came the waves and washed it away:

Again I write it with a second hand,

But came the tide, and made my pains his prey.

The first quatrain of Sonnet 75 depicts the lyrical voice’s attempt to immortalize his loved one. The stanza starts by setting the scene: “One day”. The lyrical voice writes the name of his loved one on the sand of a beach but the waves wash the writing away (“I wrote her name upon the strand,/But came the waves and washed it away”). The lyrical voice writes the name in the sand again, but, as before, the waves wash the name away (“Again I write it with a second hand,/ But came the tide, and made my pains his prey”). The action of the wave symbolizes how time will destroy all man-made things. To emphasize this action the waves are personified as they “washed it away” and “made my pains his prey”. Notice also, the way in which the lyrical voice refers to his own writing (“my pains”) and how this works as a metaphor (“his prey”) for the relationship that the words have with nature and time.

Vain man, said she, that doest in vain assay,

A mortal thing so to immortalize,

And eek my name be wiped out likewise.

The second quatrain describes a dialogue that the lyrical voice has with his loved one. The woman reacts to the writing and tells the lyrical voice that his attempts are in vain (“Vain man, said she, that doest in vain assay/A mortal thing so to immortalize”), as mortal things such as herself cannot live forever. The woman introduces a new perspective to Sonnet 75, as she criticizes the lyrical voice’s actions and words. She emphasizes her mortal nature because she will also disappear like the words in the sand (“For I myself shall like to this decay/And eek my name be wiped out likewise”). Thus, it is useless to write her name because she, as the words in the sand, will eventually disappear.  Time and nature are cruel and destroy man-made things.

Not so, (quod I) let baser things devise

To die in dust, but you shall live by fame:

My verse, your virtues rare shall eternize,

And in the heavens write your glorious name.

Where whenas death shall all the world subdue,

Our love shall live, and later life renew.

The final couplet of Sonnet 75 summarizes the message of the poem. According to the lyrical voice, even if everything comes to an end (“Where whenas death shall all the world subdue”), their love will survive (“Out love shall live, and later life renew”). There is alliteration in the first line with a “w” sound (“Where”, “wheneas”, and “world) and with an “l” sound in the second line (“Love”, “live”, “later”, and “life”). The immortal quality in love and death is contrasted to the briefness in life. Notice how, throughout the poem, there is a very melodic and stable rhythm that is formed with the regular rhyme scheme and the iambic pentameter. These devices make the sonnet calm and pleasant to the ear, while creating a very detailed picture.

Readers who enjoyed ‘Sonnet 75,’ should also consider reading some of Spenser’s other best-known poems. For example, ‘Sonnet 30,’ also known as ‘My Love is like to ice, and I to fire.’ In this piece, the speaker describes the contradictory nature of his love. ‘Sonnet 54′ is another interesting poem, one in which Spenser uses theatre to describe his role as lover and his attempts to woo the person he’s interested in. Some other related poems are Shakespeare’s ‘Sonnet 24′ and ‘Sonnet 130.’ The latter is one of his most famous and ebgins with the well-known line, “My mistress’ eyes are nothing like the sun.”

Edmund Spenser was born between 1552 and 1553, and died in 1599. He was an English poet. Spenser’s best-known work is The Faerie Queene, an epic poem that celebrates the Tudor dynasty and Elizabeth I. Spenser was deeply influenced by Irish faerie mythology. With the Faerie Queene, he intended to build English national literature, following the examples of the great epic writers (such as Homer and Virgil). The Faerie Queene is one of the longest poems in the English language and it originated the Spenserian sonnet form.  The Faerie Queene’s first books (1-3) were published in 1590 and the rest of the books (4-6) in 1595. The poem can be read on a literal level, but also in a fantastical allegorical level.

Moreover, Edmund Spenser is considered to be one of the greatest English poets of all time. He wanted to create poetry that was strictly English, and he had Chaucer as his main inspiration and reference. Between 1579 and 1580, Spenser got directly involved in Sir Philip Sidney’s literary circle. This set him on the literary course that he pursued throughout the rest of his life. Around that time, Spenser wrote The Shepheardes Calender, his first major poetic work. The Shepheardes Calender is a cycle of pastorals that are greatly influenced by Virgil’s Eclogues. He used archaic spelling to relate his work with medieval literature and, particularly, Chaucer’s works. In 1591, Complaints, Containing Sundrie Small Poemes of the Worlds Vanitie was published, and some years later, in 1595, Amoretti and Epithalamion was published. 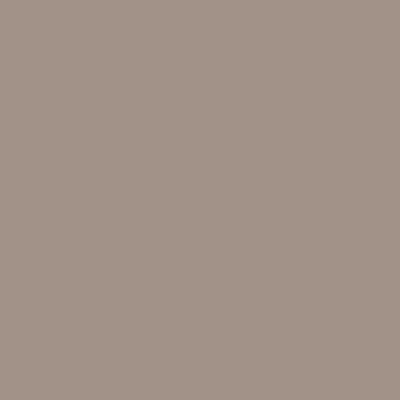 Julieta has a BA and a MA in Literature and joined the Poem Analysis team back in May 2017. She has a great passion for poetry and literature and works as a teacher and researcher at Universidad de Buenos Aires.
Subscribe
20 Comments
Newest
Oldest Most Voted
Inline Feedbacks
View all comments