The brevity of the text causes the reader to feel a sense of emptiness at the lack of completion. This effect directly relates to the words that seem to exist within the poem on their own in a state of complete and utter loneliness. Thus, the meaning of the poem is created in the feeling it renders to its readers. The lack of completion of words and the use of incomplete phrases allows the reader to feel an absence. It is this absence that Cummings sought to embody in the poem. For these reasons, ‘l(a (A Leaf Falls with Loneliness)’ holds an important place within the minds of many lovers of poetry.

When glancing over the text, the word “loneliness” can be made out. It exists outside of the parenthesis. It is one word by itself. There are no other words to complete the thought. It stands alone, and is the word “loneliness”. The phrase “a leaf falls” can be found inside of the parenthesis. This creates an image of emptiness and solitude and reflects the written “loneliness” that runs parallel to it. This leaf falls by itself and is not with other leaves.

The image of a leaf falling also implies death. The life of the leaf is over for the season. The cold of the winter is soon to come and the chill of the fall has rendered the leaf lifeless. Thus, it falls to the ground by itself. This image is one of loneliness. The phrase existing inside of the word “loneliness” allows the reader to feel the emptiness mention here.

The poem also functions visually. The words inside the parenthesis look like a leaf as it sways back and forth in the wind as it falls to the ground. Thus, this is more than just a poem. It is also a work of art made from a few words. The visual qualities of the text allow the reader to experience not only the imagery created by the description of the leaf falling to the ground in loneliness but also to experience the imagery created by the words and the way they are arranged.

This poem, among others, is the reason that Cummings is described as an “innovative poet known for his lack of stylistic and structural conformity” (Biography.com). This poem certainly lacks conformity, and yet it is still considered poetry because of the effect it has on the readers. The words can move the reader to a deeper feeling and understanding of true loneliness. Some critics have also described his poetry, saying that it “played wildly with form and spacing, punctuation, capitalization, overall grammar and pacing” (E.E. Cummings).

This poem certainly does just that. The very word “loneliness” which makes up the poem, is interrupted with an image of loneliness. Thus, the poem is effective even though it is only a few words and conforms to no specific pattern or style. Although Cummings wrote many poems like this one, he was also skilled in writing in traditional styles, and wrote a number of widely recognized sonnets. As in this poem, Cummings often focused on images from nature to relay his messages.

Cummings found wide recognition during his career, though not until he had self-published much of his work. At first, he struggled financially as the style of his poetry was not immediately appreciated. However, Cummings was able to experience fame during his lifetime, which is a feat many poets never accomplish. Later in his career, the non-conformity of his poems was favoured, and he was proven to be one of the first to break new ground in the area of poetry by writing in unique styles and breaking the conformity that most poets adhered to.

Cummings was not only a non-conformist in his poetry, but in his life and beliefs as well. Cummings went to Harvard, where his father taught, and where he earned his bachelor’s and master’s degrees. However, when he went overseas for some time to serve in World War I as a volunteer for the ambulance corps, his non-conformist attitudes surfaced, causing him some unprecedented conflict.

Sometime after his deployment, he was detained on suspicion of treason because of the content of some of his letters (E.E. Cummings) . Cummings did not deny that he was a pacifist, and it is likely that his letters expressed his hatred for war and perhaps his questioning of authority. Thus, in his life and in the words of his poetry, Cummings reveals a mind which was not bound by rules, laws, and statutes. He was one who would think for himself and allow his mind to wander outside of the social norms, just as the style of his poetry wandered outside the conformity of the famous poems written before his time. 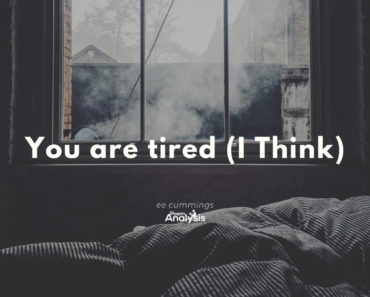 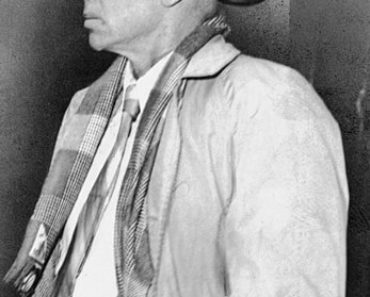