‘Visits to St. Elizabeths’ by Elizabeth Bishop depicts the late Ezra Pound in a mental institution. The poet was inspired by the structure of children’s nursery rhymes in her composition of the text. 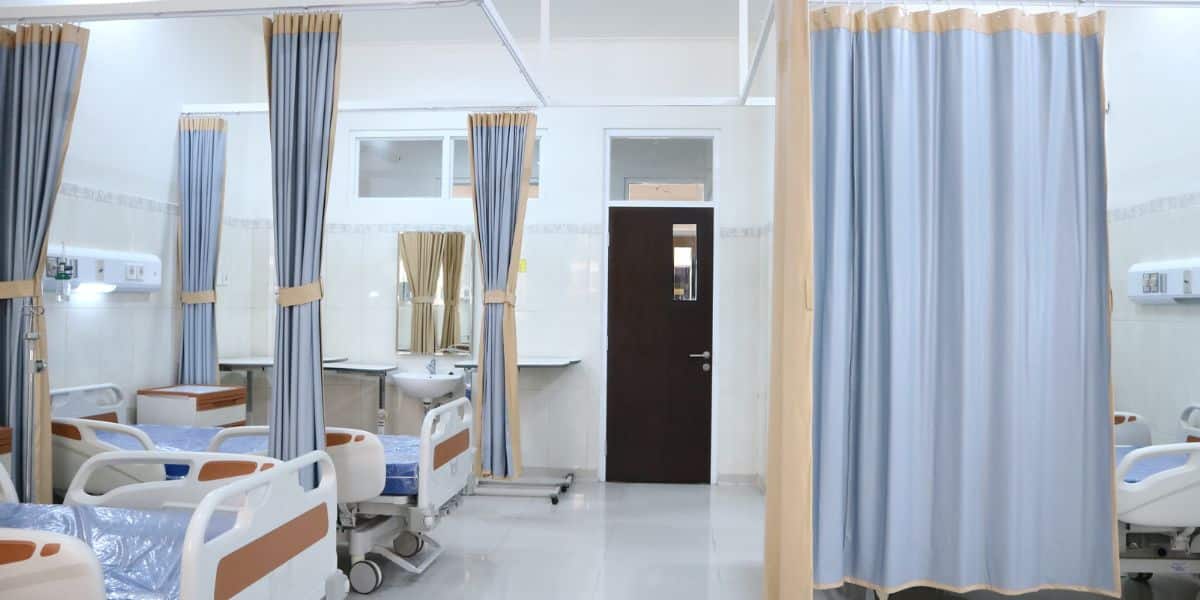 The poem is a famous depiction of Ezra Pound, late in life, after being tried for treason and determined insane. He was incarcerated in St. Elizabeth’s hospital in Washington, D.C., where Bishop visited him occasionally.

The poem begins with short lines that grow as the poem progresses. The speaker refers to Pound as the “man in the house of Bedlam” and uses adjectives like “tedious,” “talkative,” and “brave” to describe him. Some are negative, and some are positive, creating a contrasting view of who Pound was at that time. The poet also spends time growing the descriptions of the other people around him, including the Jew, the sailor, and the boy who thinks the world is flat.

‘Visits to St. Elizabeths’ by Elizabeth Bishop is a twelve-stanza poem inspired by children’s nursery rhymes, specifically ‘This is the house that Jack built.’ It follows a similar structure in that as the stanzas progress, more detail is added about the “man in the house of Bedlam.”

The poet uses consistent perfect rhymes and half-rhymes, along with anaphora and alliteration, to continue the poem’s nursery rhyme-like sound and feel.

This is the house of Bedlam.

This is the man

This is the time

of the tragic man

This is a wristwatch

of the talkative man

The poem’s nursery rhyme-like qualities come out in the first few stanzas of the text. The poet uses short lines, and short stanzas, along with repetition and alliteration.

The poet is discussing a “house of Bedlam” and a “man” who “lies in the house of Bedlam.” As noted above, these lines are an allusion to Ezra Pound, a famed Imagist poet, who Bishop visited while he was confined to St. Elizabeth’s Hospital.

The poem uses anaphora, seen through the repetition of the word “This” and “This is,” which also helps remind readers of the nursery rhyme Bishop was inspired by, ‘This is the house that Jack built.’

The first few stanzas are quite simple and provide readers with the main few details the poem touches on.

This is a sailor

In the next two stanzas, the speaker describes a “sailor” with a watch and a “roadstead of all board / reached by the sailor.” One image builds upon the next, creating a larger scene that readers are sure to feel more and more invested in.

The sailor’s watch tells the “time of the honored man / that lies in the house of Bedlam.” This alludes to Pound’s prestige in the literary world but is soon juxtaposed with “old” in the next stanza. He’s aging and has perhaps grown past the pinnacle of his importance to literature.

These are the years and the walls of the ward,

of the cruel man

The seventh and eighth stanzas continue to expand the scene, adding more detail and characters. The speaker describes the years spent in the institution and a “Jew in a newspaper hat / that dances weeping down the ward.” Just as the poet chose to juxtapose Pound’s various character traits at this point in his life, so too does she include positive and negative features of the ward itself.

The perfect rhymes continue the nursery rhyme-like feel that, as the poem progresses, begins to feel more and more inappropriate. This isn’t a place where one would want to find children or sing an upbeat song as the rhymes suggest. This is a fact that adds to the overall atmosphere of the text.

The phrase “creaking sea of board” is an interesting one. It suggests that the hospital is like a ship, creaking as it moves over the sea (which connects back to the sailor with the watch).

This is a world of books gone flat.

The lines continue to use the same initial phrases, like “This is a” and “that,” as the poet moves into the ninth stanza. The outlandish actions of the various patients at the hospital are contrasted against the “busy,” “cranky,” and “tedious” Ezra Pound.

The speaker never goes so far as to say he doesn’t belong there. But, the simple way she describes him in contrast with the “batty sailor” who “winds his watch” may suggest as much. The stanza ends in the say way as the previous.

This is a boy that pats the floor

of the tedious man

There’s a boy at the beginning of the tenth stanza who, along with the “Jew in the newspaper hat” and the “sailor,” lives his life in the ward. He, too, seems to struggle with reality.

The poet uses examples of alliteration at the end of the stanza with “ticks,” “time,” and “tedious.” This emphasizes the fact that Pound is old and nearing the end of his life.

The eleventh stanza expands the scene further, adding to the overall “madness” of the scene playing out around Ezra Pound. It’s also the first time that the speaker refers to him as “the poet.” Readers may find it interesting that the speaker’s first acknowledgment of his career is so far into the text. This alludes to the fact that Pound has lost much of his identity this late in his life after being deemed insane and arrested for treason.

This is the soldier home from the war.

The poem ends with the “Jew in a newspaper hat” now dancing carefully “down the ward / walking the plank of a coffin board.” The perfect rhyme here is chilling and helps to bring the poem to its natural conclusion. Pound is “wretched” and alone among the “crazy” and “batty” residents of the hospital.

Whether or not he deserves to be there is not debated in the text (and is certainly up for interpretation by readers). The poet does not pass judgment on him, nor does she express any kind of true sympathy for the man. She spends the lines describing his situation in an unusual way but leaves her personal judgment out of the poem.

Who is the speaker in ‘Visits to St. Elizabeths?’

The speaker is unknown, but their experiences, which are described from a distant perspective, were inspired by Elizabeth Bishop’s visits to St. Elizabeth’s hospital. So, in part, the speaker is Bishop herself.

Who is the man in ‘Visits to St. Elizabeths?’

The man in ‘Visits to St. Elizabeths’ is Imagist poet Ezra Pound. Later in life, he was tried for treason, deemed insane, and confined to St. Elizabeth’s hospital, where Bishop visited him.

What is the message of ‘Visits to St. Elizabeths?’

The message is that even someone as effective, well-known, and important in their field as Ezra Pound can end up in a place like St. Elizabeths, where their identity is effectively stripped from them.

What is the purpose of ‘Visits to St. Elizabeths?’

The purpose is to describe Pound’s incarceration in St.Elizabeths, the environment he lived in, and how, despite his career, he became just another “man” in the “house of Bedlam.”

What is Ezra Pound known for?

Ezra Pound is primarily remembered for his contributions to poetry. He pioneered the Imagist movement, which valued writing without frivolous language, rhyme schemes, or metrical patterns. His best-known poem is ‘In a Station of the Metro,’ which is only two lines long.

Readers who enjoyed this poem should also consider reading some other Elizabeth Bishop poems. For example: