My Grandmother by Elizabeth Jennings 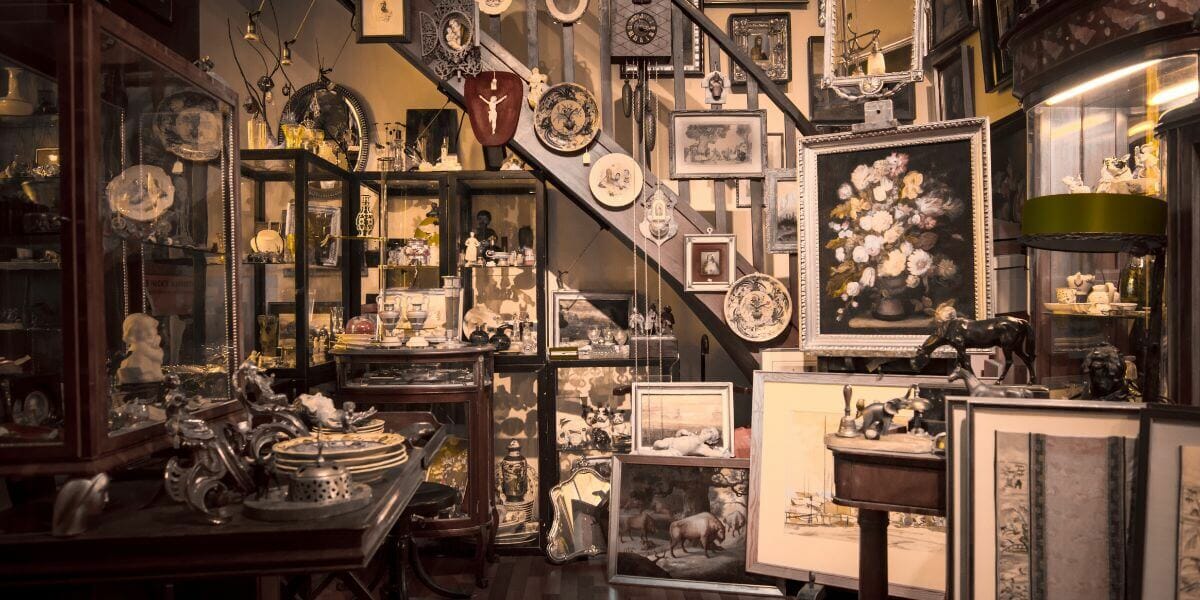 In Jenning’s ‘My Grandmother,’ the grandmother’s behavior implies that she doesn’t need anyone in her life to caring for her. But, the poem’s main point is that the speaker believes this is far from the truth. The primary reason she was taking so much time caring for and collecting antique items was that she was lonely.

‘My Grandmother’ by Elizabeth Jennings is a powerful poem that explores a speaker’s relationship with her grandmother.

The poem begins with the speaker describing the antique shop that her grandmother used to have. In the shop, she would collect and polish items that the speaker found a little value in. The speaker also recalls a time when her grandmother invited her out on a shopping trip, something that she refused. To this day, she still feels guilt over this refusal.

Eventually, the grandmother becomes too frail to care for her shop and has to close it. She moves a few items she’s able to into a narrow room in her home. She dies, and the speaker is left walking through her possessions and considering her grandmother’s life.

The main themes of this poem are aging and family relationships. The speaker had a strange relationship with her grandmother. As a young girl, she was seemingly put off by her grandmother’s obsessive behavior and dedication to an antique store. The grandmother was using the antiques, or so the speaker believed, to fill a hole in her heart left by the fact that she had no loving partner to care for, or to care for her, in the later years of her life.

‘My Grandmother’ by Elizabeth Jennings is a four-stanza poem that is divided into sets of six lines, known as sestets. These sestets follow a rhyme scheme of ABABCC. The poet often uses half-rhymes in place of full end rhymes, for example, “her” and “furniture” in stanza one and “afraid” and “said” in stanza two. But, there are many perfect rhymes as well, including “then” and “again” in stanza three.

Throughout this poem, the poet makes use of several literary devices. These include:

She kept an antique shop – or it kept her.

Among Apostle spoons and Bristol glass,

The faded silks, the heavy furniture,

She watched her own reflection in the brass

Salvers and silver bowls, as if to prove

Polish was all, there was no need of love.

This is an example of personification and suggests that either the grandmother couldn’t stop caring for the antique shop or that the antique shop was such an important presence in her life that it “kept” her saying and gave her something important to do on a day-to-day basis.

In the antique store, she had a variety of items, including “heavy furniture.” This line and others that follow suggest that while the speaker may have respected her grandmother’s devotion to the shop, she didn’t fully understand her attachment to the seemingly worthless items.

The speaker remembers seeing her grandmother in the shop, watching her own reflection in the shined “brass” and “silver” items.

She was dedicated to the shop and caring for the items within it, but the speaker feels that she acts this way with purpose, as if to prove to herself that she needed nothing else in her life, especially not love.

This part of the poem is likely meant to emphasize that the grandmother had no loving partner in her life at this time and, despite acting as though she didn’t, was longing for someone.

And I remember how I once refused

Of that refusal, guessing how she felt.

In this stanza, the speaker recalls what it was like as a child seeing her grandmother interact with the items in her shop and how her grandmother’s behavior, more generally, confused her and worried her.

There is one specific occasion the speaker remembers when her grandmother asked her to “go out with her,” perhaps shopping for more items for the store, and the young speaker refused.

She was “afraid.” She didn’t want to be used “like antique objects” to fill a hole in her grandmother’s heart, or at least this is what she thought she was thinking at that time.

But, after she refused, she felt guilty about not wanting to spend time with a woman who so clearly needed the company. Her grandmother never admitted that she was “hurt” by her granddaughter’s refusal, but the speaker can’t help but believe that she was. She can still “feel the guilt” of her refusal.

Later, too frail to keep a shop, she put

To give her own reflection back again.

The third stanza jumps forward in time when the grandmother has become too old and too frail to properly care for the shop in the mini items within it. She had to close the shop and move the few items she wanted to keep into her home. All her “best things” weren’t quite one narrow room.” Although this is a simple line, it is deeply sad.

The grandmother’s life has boiled down to a few items in a small room. Plus, the speaker adds, these things didn’t feel especially valuable. They were smelly and reminded the speaker of “absences where shadows come / That can’t be polished.” The objects only brought to mind what was lacking from her grandmother’s life and what this speaker interpreted as loneliness during this period.

She no longer gained the same feelings of comfort from the items she used to polish and her shop. There was nothing in this room to give “her own reflection back again.

And when she died I felt no grief at all,

Only the new dust falling through the air.

The final stanza jumps to the time after the speaker’s grandmother died. After she passed away, the speaker did not feel any guilt about the loss. But, she still felt the guilt of the refusal from when she was younger and didn’t want to accompany her grandmother out shopping.

The final lines of the stanza describe the speaker walking into the grandmother’s narrow room of items that used to sit in her antique store. They were sideboards and cupboards, things that the grandmother never used for storage but that she “needed.”

This reemphasizes what the speaker was saying before about the items in the grandmother’s shop, providing her with the comfort she didn’t get from human interactions.

The speaker remembers looking at the cupboards and sideboards and saying that there were “no finger marks…there.” The items were clean and without damage, only touched by the “new dust falling through the air.” The dust was starting to gather for the first time on items that had been cared for so long. This marks the end of the grandmother’s life and the importance of the mundane items she cared for so attentively.

Who is the speaker in ‘My Grandmother?’

The speaker is a woman, likely Elizabeth Jennings herself, who is discussing her grandmother’s life, business, and what happened after she became too frail to continue working there.

What is the purpose of ‘My Grandmother?’

The purpose is to emphasize how many ways there are to fill the emotional gaps in one soul and how one speaker’s grandmother did so by collecting and caring for antique items.

What is the tone of ‘My Grandmother?’

The speaker’s tone is emotionless and direct. But, it’s very clear that she feels some remorse for the way that she refused an outing with her grandmother when she was younger.

What is the message of ‘My Grandmother?’

The message is that as people age, they do what they can to cope with feelings of loneliness, isolation, and loss. It’s clear that this speaker’s grandmother felt isolated and attempted to fill this hole in her life by continually caring for antique items that the speaker saw little value in.

Readers who enjoyed this poem should read some other Elizabeth Jennings poems. For example: