“What Depression Feels Like”, written by Elizabeth Jennings, is a superb lyric that fathoms deep into the foggy realm of a depressed mind.

The poem ‘What Depression Feels Like’ by Jennings records the first-hand experience of the psychological tumult the poet suffered for quite a long period of time. Jennings, the only female member of the group of twentieth-century English poets known as ‘Movement Poets’, makes the melancholy mind a pivot of many of her poems. But, in each verse, including this one, she turns the prosaic subject into beautiful Poetry with jaw-dropping lyricism. Despite having a matter-of-fact, almost medical-digest-like title, the poem is a brilliant piece of literature that ventures to probe into the depth of a depressed mind.

‘What Depression Feels Like‘ speaks of a woman who is a patient with acute depression. She is negligent about her home ambiance, her daily chores, her looks, about the world outside. She even does not bother to ponder over her distress.

The lady is shown to have reached the nadir of melancholia. A sea-deep sense of nonchalance about everything has shrouded her. She has withdrawn herself from everything that belongs specifically to the feminine territory: the cleanliness of the room, the room décor, skin-care necessity, personal health – nothing can engage, attract or allure her.

She has lost the power to strike, to retaliate. She speaks half-heartedly. She does the routine household chores lackadaisically. Sometimes, at the clatter of the China pots, her face gives some expression of anguish, but that bit of concern is only an instinctive, instantaneous response. Most of the time, she just sits to stare at others with indifferent passivity.

The poem details the psychodynamic issues of the conscious and the unconscious mind and shows how a person may be engrossed with negativism and is carried away to the fathomless depth of depression.

The poem, however, does not venture any pathological or etiological study factors that accumulate to make the lady prey to melancholia. It just delineates the lady, showing the extremity of depression-syndromes. It is a long-term major depressive disorder that affects how one feels, thinks, and behaves.

Lack of energy and interest in all subjects is the most prominent symptom of the disorder. A suppressed anger of grievance is there, as connoted by the two words, ‘violent’ and ‘furious’, but it is internalized; the patient is not potent enough to release them into a stormy outburst.

Commensurate with the theme, the tone is rather aloof and detached. The reader may have the first impression that he is going through a diagnosis paper. It is like other poems composed by the poets belonging to the ‘Movement Poetry’ group, neither sentimental nor emotional. Instead, it is objective, somewhat detached, and restrictive in its tone.

The poem is traditionally structured. It has two stanzas, each consisting of five run-on lines( mostly) and rhymed as ‘ababa’. The predominant measure is iambic, though there are some variations. Some lines have acephalous, anapest, and iambic, all included in one line. For example;

The poem has some remarkable figures of speech. For example:

She left the room undusted, did not care

To hang a picture, even lay a book

On the small table. All her pain was there-

In absences. The furious window shook

With violent storms she had no power to share.

The lady who suffers from chronic onslaughts of depression is left nameless. The poem begins with the pronoun ‘she’, keeping the lady anonymous. No identity, no specification about her individual and social selves, and no details about her looks, status, or profession are felt necessary.

The poem does not care to portray the lady as anything but an epitome of depression. From the beginning, the focus is on the surroundings. The dirt and filth, the disarray and disarrangement around the lady are indicative of the psychological disorder she is a patient of. She is sunken into an unfathomable depth of pensiveness; her agony has been frozen into an iceberg of quietude- it is not expressed or displayed in any way.

The strategic detached mode of description of the first few lines veers into something potentially challenging in the last sentence that constitutes one complete and one fragmented run-on line to end up the stanza. The two specific words, ‘furious’ and ‘violent’ arouse an expectation in the reader that this all-pervasive negativism will come to an end. But, once again there is the ominous negative word ‘no’ that completely seals the possibility of a breakthrough.

Her face was lined, her bones stood thinly out

Mostly she merely stared at us and sat…

The second stanza zooms on the lady’s face and here too, depression is writ large. The lined face and the protruded bones perspicuously hide some sob stories. Even when she talks, she does not bother to think about the subject. Even when some expression of concern is there on her visage, it is not the mark of any real interest; it is rather a kind of reflex action than pure and sincere concern.

Most of the time the woman stares blindly at her visitors and sits idly. The three dots with which the poem poses to come to its end suggest that the sedentary life, the woman has succumbed to, along with the intellectual and emotional inertia, is going to last long without the least hope of any change for the positive.

Elizabeth Jennings or Elizabeth Joan Jennings, was an Oxford poet born in Boston, Lincolnshire, England. She chose to trade on a different path, a path that talks about personal matters in an easy language. The unicité of her poems was the simplicity of the style and theme. She discarded the exaggeration of 18th-century romanticism and took a genre that was both palatable and palpable.

She was the only female member in the group of English litterateurs called the Movement, which comprised poets like Phillip Larkin, Thom Gunn, Donald Davie, e.t.c. and the novelist Kingsley Amis.

Jennings was a prolific writer and most of her works register the impression of her own psychological upheavals and eventual recovery. Regardless she belonged to the ‘Movement’ group, Elizabeth Jennings’s poetry lack in the irony or academic wit that marked the Movement Poetry.

Why was the lady indifferent to the household chores in ‘What Depression Feels Like?’

Everything outside becomes insignificant for a patient with depression who is obsessed with the rue that he/she nurtures deep within her. The household chores were not a matter of importance for this woman who was plunged into the depth of her sorrow.

Why did the lady have no power to share the window’s fury in ‘What Depression Feels Like?’

The huge bulk of grief and grievance had benumbed all her power and potent and the lady preferred to live in the cocoon of her solitary self and avoided taking part in any ruffle.

When and why did the lady’s face look anguished?

When the ‘China’ i.e., the crockery in the kitchen clattered, the lady’s face looked anguished.

What was the lady’s prime occupation?

Sitting idly and staring at the visitors was the lady’s prime occupation.

To which group of poets was Elizabeth Jennings attached?

Elizabeth Jennings was attached to a group of poets of the 1950s who were known as ‘Movement’ poets.

What is the tone of ‘What Depression Feels Like?’

The tone of the poem is melancholic and somewhat detached, in keeping with the theme of the poem. 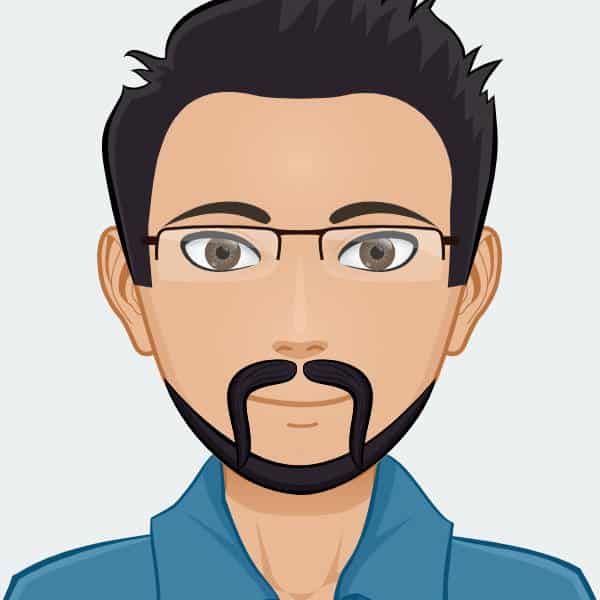 Dipayan Mustafi is an enthusiastic literature practitioner who loves to wield his pen in English and to work with different kinds of poetry. He did his graduation as well as his Masters in English literature. He has a blog targeting mainly literature and its criticism.
Subscribe
0 Comments
Inline Feedbacks
View all comments