A Bird, came down the Walk

‘A Bird, came down the Walk’ by Emily Dickinson is a beautiful nature poem. It focuses on the actions of a bird going about its everyday life. 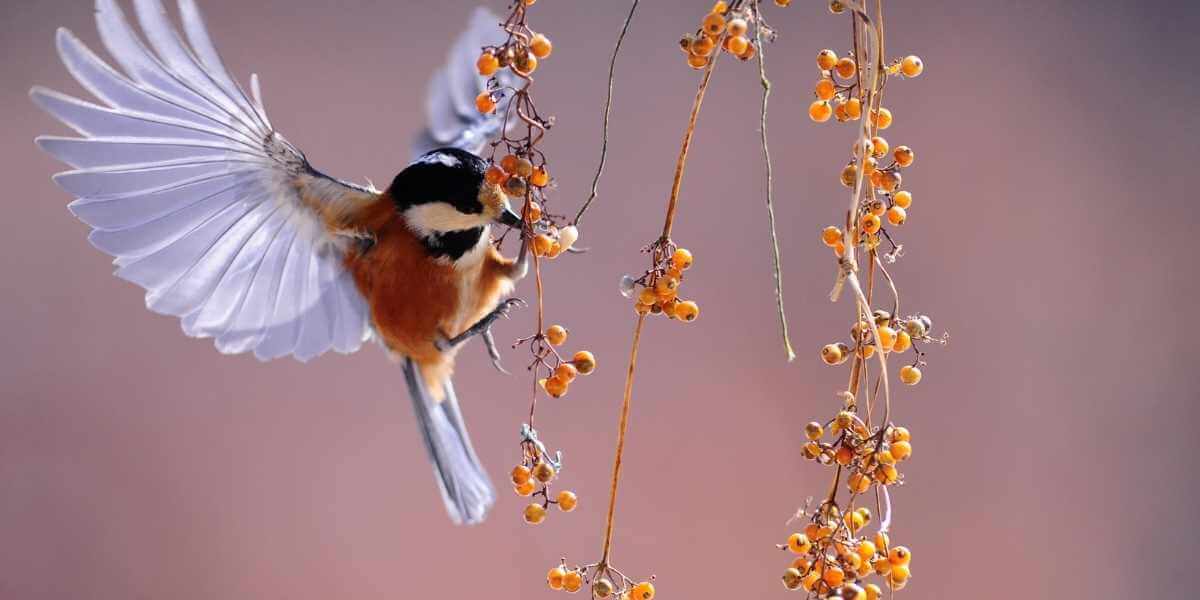 Central Message: All living things are beautiful and face the same struggles

Speaker: Someone observing a bird

'A Bird, came down the Walk' demonstrates Dickinson's skill with simple images. She elevates something ordinary to an extraordinary level.

‘A Bird, came down the Walk’ is a five stanza poem that is separated into sets of five lines. As was common within Dickinson’s works, she uses quatrains, or sets of four lines to structure the piece. One will also immediately take note of her characteristic capitalizations and dashes, over which literary scholars are divided. In this particular poem, the dashes only appear at the ends of the lines. This might have been done to elongate a pause before a reader moves to the next line.

In regards to meter, the poem conforms to iambic trimeter. This means that each line contains three sets of two beats. The first of these is unstressed, and the second stressed. The rhyme scheme is a bit looser. There is almost a pattern of ABCB, if not for a few half or slant rhymes, such as that which appears in stanza three.

Explore A Bird, came down the Walk

‘A Bird, came down the Walk’ by Emily Dickinson describes the simple, yet beautiful, actions of a bird searching for food and then taking flight.

The poem begins with the speaker describing a bird she sees. She is close by, making it so that she can look at the bird, but it does not immediately notice her. From where she is situated, she sees the bird pick up an “Angle Worm” and bite it in half. It moves quickly from place to place, showing the anxiety inherent to most of its species. It knows the dangers presented by the much larger and stronger world.

In the last sections the speaker attempts to offer the bird a crumb. It does not want anything to do with a human being and flies away. Its movements are swift yet purposeful as if it is swimming.

Structure-wise, the poet has used many important poetic devices in this poem. One of the most important literary devices used in In ‘A Bird, came down the Walk‘ is imagery; the poet takes you to a whole new world of watching the action of a bird. In fact, she shows you the action of a bird through her writing, and that too by picturizing the entire scene before you.

All of us see a lot of birds eating a lot of worms and insects every day, but we hardly take note of these scenes, imagine them or even pay attention to any such event around us. However, the poet has brought forth the scene so skillfully that the entire scene looks like a reality for the readers, especially when words like ‘drank a dew,’ ‘Angle Worm in halves,’ etc. are used in the poem.

In addition, alliteration is one of the figures of speech used in this poem – ‘drinking dew,’ while ‘saw-raw’ and ‘grass-pass,’ are the rhyming scheme used in the poem.

If the poet tried representing death through the bird, the poem itself is a metaphor.

A Bird, came down the Walk –

He bit an Angle Worm in halves

And ate the fellow, raw,

In the first stanza of ‘A Bird, came down the Walk’ the speaker begins by describing the simple, yet beautiful movements of a bird. This particular bird is coming “down the Walk.” This is likely a sidewalk or path of some kind near the speaker’s home, or where she is situated. The speaker is able to observe the bird’s actions without it immediately becoming frightened. This says something about humans and their interactions with nature. Birds are rightfully wary of the presence of humans. They will not behave in the same way if they are knowingly being watched.

The speaker does not have any ill intentions though. She is simply reporting on what she’s seeing, and finding importance in the instinctual actions of the bird. It finds a worm, noted here as an “Angle Worm,” and eats it raw, biting it in half.

And then, he drank a Dew

From a convenient Grass –

And then hopped sidewise to the Wall

To let a Beetle pass –

The next thing the speaker sees is the bird drinking the “Dew” from the grass. It doesn’t have to go anywhere else to find water, making the “Dew” and “Grass” “convenient.” So far, its life has been presented as a simple movement from need to need.

In the next two lines another small life is introduced, the “Beetle.” While the two creatures might be simple to human eyes, the bird makes a conscious effort to “hop” to the side and “let” the beetle crawl past. The bird is very aware of its world, as will be seen in the final stanzas.

He glanced with rapid eyes,

That hurried all abroad –

He stirred his Velvet Head. –

In stanza three of ‘A Bird, came down the Walk’, the bird’s reactions to its world are carefully studied by the speaker. It is clear she is truly watching this creature and taking sound mental notes on what it is doing. She notices its inherent anxiety. No matter what it’s doing it looks around “with rapid eyes.” They move quickly, “all abroad,” trying to see everything at once. It is very on edge and aware of the variety of dangers it might face.

The speaker takes some liberties with the description and states how the bird’s eyes appear like “frightened Beads.” They are shiny, probably black, and moving or rolling around easily. The bird becomes scared of the speaker and “stir[s]” its “Velvet Head.” This description of his feathers is interesting. Dickinson uses the word “Velvet” implying a kind of luxury about the animal. It is clear she, or at least the speaker she is channeling, sees the bird as a lovely thing.

I offered him a Crumb,

And he unrolled his feathers,

And rowed him softer Home –

The fourth stanza of ‘A Bird, came down the Walk’  describes the one interaction the speaker attempts with the bird. She reaches out to him and offers “him a crumb” of food. The bird does not react positively to this intrusion on its space and as its instincts require, flies away.

In Dickinson’s words, the action is much more complicated and elegant. The bird is said to “unroll…his feathers.” It is a process the speaker sees slowly and is able to study. Each feather passes her by in all its “Velvet” beauty. When he takes to the sky he is said to “row” to his “Home,” wherever that may be. The use of the word “row” here, as if applying to sailing, starts a metaphor that continues into the fifth stanza. Dickinson closely relates water and flight and the movements which make them up.

Than Oars divide the Ocean,

Too silver for a seam,

Or Butterflies, off Banks of Noon,

Leap, splashless as they swim.

The last stanza is more metaphorical than those which came before it. The speaker is interested in how the bird’s wings move through the air. She describes this process as being similar to “Oars divid[ing] the Ocean.”

The bird has a clear beauty that is compared to a butterfly that takes off from the “Banks of Noon” in the heat of the day. It jumps and moves “splashless” through the air. It cuts through the air as an oar would through the water.

From a historical point of view, it is quite astonishing to know that today Dickinson is known for her poetry, but during her days, she was well-recognized as a talented gardener who loved gardening the most. Those who attended her funeral on May 19, 1886, considered her a gardener of great skill and not a poet. Many people did not even know she wrote poetry.

‘A Bird, came down the Walk’ is a beautifully written poem that picturizes the encounter of the poet with a bird in a garden. In the poem, the poet comes across a bird on the walk that feasts on a worm, quenches his thirst by drinking dew from the grass, and moves aside to let a beetle pass. The poet notices each and every action of the bird.

Since Emily Dickinson was always recognized for her poems on death, ‘A Bird, came down the Walk’  may depict death in some way because, by the end of it, she states that despite offering food to the bird, it flew away without accepting the crumb, which might mean that despite being good and kind to others, you are bound to die one day. Death will surely knock on the door of your life and snatch your soul away from your body. It is unbridled and cannot be controlled by anyone. This is what Nature is and what our world is; feasting on the weaker but frightening from the stronger.

Home » Emily Dickinson » A Bird, came down the Walk