A Murmur in the Trees— to note

‘A Murmur in the Trees— to note’ by Emily Dickinson is a poem about nature’s magic. It includes mysterious images of fairy men, glowing lights in the woods, and the murmuring of trees. 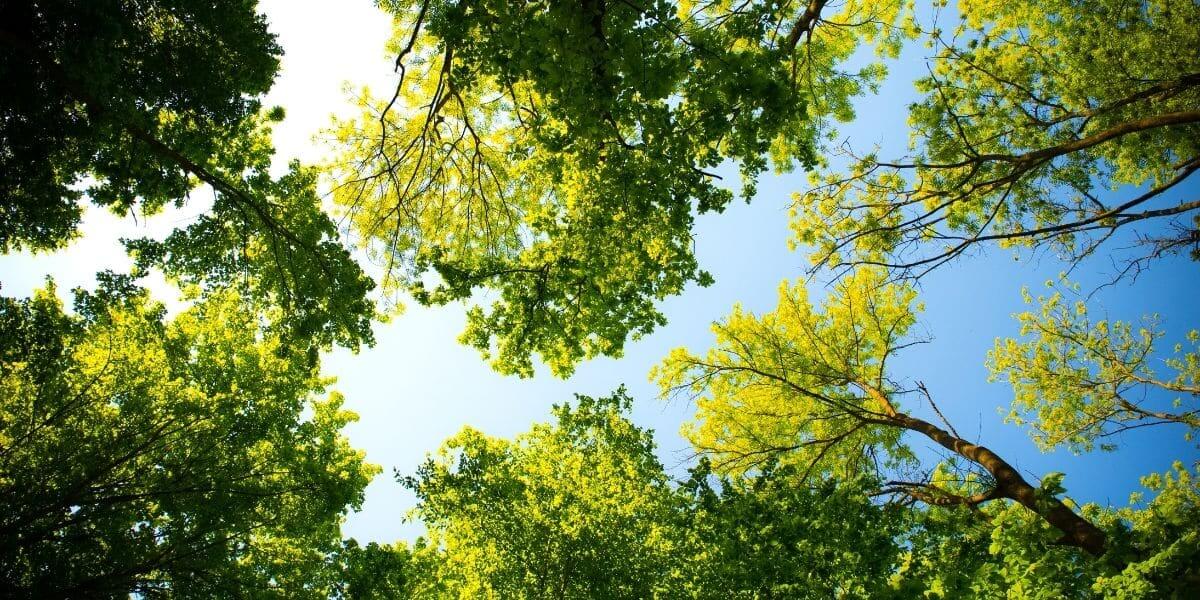 Speaker: Unknown, someone who appreciates nature

‘A Murmur in the Trees— to note’ is filled with magic. That is, the magic of language and the magic of the natural world as only Dickinson can describe it.

This Dickinson poem displays some of the poet’s most lyrical verse and includes her full appreciation of the natural world. Compared to other ballads the poet wrote throughout her career, ‘A Murmur in the Tree—to note’ is one of the easiest to read and interpret. Dickinson uses fairly straightforward language to celebrate nature’s more mysterious qualities.

Explore A Murmur in the Trees—to note

‘A Murmur in the Trees— to note’ by Emily Dickinson is a beautiful poem about nature’s magic.

Throughout the five stanzas of this poem, Dickinson describes the magical creatures who lived in the forest, how their footfalls differ from human steps, and how only those who are attuned to nature signs and have patience may experience this kind of magic.

The poem ends with a passionate assertion that those who are unwilling to stray from the “Road” can live life in the way that they’ve chosen. But, the speaker is going to live her life very differently.

‘A Murmur in the Trees— to note’ by Emily Dickinson is a five-stanza poem that is divided into sets of four lines, known as quatrains. These quatrains follow a rhyme scheme of ABCB, changing the end sound from stanza to stanza. The poet also chose to use ballad meter throughout. This means that the odd-numbered lines contain a total of eight syllables which can be divided into four sets of two. The first syllable of each set is stressed, and the second is unstressed.

The even-numbered lines, where Dickinson uses iambic trimeter, follow the same syllable arrangement but contain a total of six syllables. Both elements of Dickinson’s structure, the rhyme scheme, and meter, are the traditional elements needed for ballad meter or hymn meter.

Not loud enough – for Wind –

Nor near enough – to find –

In the first stanza of the poem, the speaker begins by introducing a few magical elements that she interprets in the world around her. She hears a mysterious murmur in the trees, the source of which she is not certain. The wind carries an element of magic as it blows through the trees, and in the distance, she sees a light. Perhaps it’s a star, or more likely, it is related to the fairy people she describes in the following stanzas.

Throughout the stanza, the poet uses several examples of caesura. This is seen through the inclusion of dashes in the middle of the lines. Each line contains one or more pauses that are meant to slow the reader down and help emphasize parts of the text.

The speaker describes the light casting a long yellow stripe on the lawn and hearing a “hubbub” as if several people are walking around her. But, the poet writes “as of feet.” This simile suggests that it’s not exactly the sound one would expect from human feet, but it’s similar.

The sound of these feet, which belong to mysterious forest folk, likely fairies or sprites, our “not audible” as human footsteps would be, but our “dapperer” and “More Sweet.” This is a light-hearted and magical image that immediately helps readers interpret the wistful tone.

A Hurrying Home of little Men

Would never be believed –

The fairies, or whichever magical creatures Dickinson was envisioning, are described as “little men” who are “hurrying” to their “unperceived” homes. They hide amongst us, Dickinson says, and unless you have the patience and outlook to see them, you’re not going to.

Specifically, the speaker states that you have to see these things, or hear them, to believe them. Those who are unwilling to listen are not going to believe.

Of Robins in the Trundle bed

How many I espy

Whose Nightgowns could not hide the Wings –

Although I heard them try –

The speaker to addresses these lines to an intended audience, who is described with the second-person pronoun ”you” in the fifth stanza. They say that they could tell you about the “robins in the trundle bed” and their magical goings-on, but she “promised ne’er to tell,” she reveals.

This is the strangest of the few images Dickinson includes in the poem, and its otherworldliness is well-suited to the mystical and magical version of the world she’s describing.

But then I promised ne’er to tell –

How could I break My Word?

No fear you’ll miss the Road.

In the final stanza of this five-stanza poem, Dickinson addresses “you,” saying that you should go your way and that she will go hers. Those who have no interest in the natural world, or the patience to see its true beauty and magic, will continue their simple lives with “No fear you’ll miss the Road.”  But, Dickinson, and those like her who are entranced by the magic of nature, will live life differently.

In these lines, the “Road” alludes to a structured path that most people walk. It is without the mystery and magic of the previous lines.

What is the purpose of ‘A Murmur in the Trees—to note?’

The purpose is to emphasize the beauty and magic of nature. Dickinson describes the natural world with personified images, allusions to magical creatures, and more. She promotes a way of living that allows for an appreciation of nature’s more mystical qualities.

What is the tone of ‘A Murmur in the Trees—to note?’

The tone of this is wistful and appreciative. Throughout, Dickinson uses fairly simple language to describe nature and the magical elements one is sure to find in its depths if one spends the time looking.

What is the message of ‘A Murmur in the Trees—to note?’

The message is that one should live in a way that allows for mysteries to remain unsolved and appreciated for their beauty. If one walks only on a straight and narrow “Road,” they are going to remain safe and sure-footed. But, they will also miss out on the most incredible scenes the world has to offer.

Why did Dickinson write ‘A Murmur in the Trees—to note?’

Dickinson wrote this poem to share her appreciation for nature. Unlike some other ballad poems the poet wrote throughout her career, this piece is entirely wistful and passionate in its appreciation of nature.

What kind of poem is ‘A Murmur in the Trees—to note?’

The poem is a five-stanza ballad. This is seen through Dickinson’s use of a traditional ballad, or hymn, rhyme scheme: ABCB and the use of alternating lines of iambic tetrameter and iambic trimester.

Home » Emily Dickinson » A Murmur in the Trees— to note