I Taste a Liquor Never Brewed

‘I tasted a liquor never brewed’ by Emily Dickinson celebrates life. The poet uses natural imagery, such as that of berries, and pearls, to depict it.

Central Message: Life is as intoxicating as alcohol

Speaker: Someone who lives life to the fullest

Emily Dickinson reminds readers of her skill with clever turns of phrase and irony in 'I taste a liquor never brewed.'

‘I Taste a Liquor Never Brewed’ celebrates the intoxication of life in an ironic way. It is written in a ballad meter with iambic lines that alternate four and three beats between each line. The syllable count is not very strict and it has a more intimate tone. In the poem, dashes replace punctuation and the capitalization of words is used in an idiosyncratic way. Furthermore, there is a use of slant rhyme, formed by words of similar but not identical sound.

The main theme of ‘I Taste a Liquor Never Brewed’ is nature, which is introduced by images of alcohol and drunkenness in the poem.

I taste a liquor never brewed –

From Tankards scooped in Pearl –

Not all the Frankfort Berries

Yield such an Alcohol!

This first stanza of ‘I Taste a Liquor Never Brewed’ opens with a paradox and a metaphor. The liquor acquires a central place in this stanza, as it is emphasized and used by the lyrical voice to construct the motif of these first lines. The lyrical voice talks about this liquor (“never brewed”) that is placed in a particular vase or container.(“From Tankards scooped in Pearl”).

As a liquor can’t be tasted if it is “never brewed”, this whole stanza serves as a metaphor of something bigger.  The lyrical voice goes further into this special liquor in the final two lines of the stanza. A particular natural place is referenced and the quality of the liquor first mentioned is accentuated once again. Notice the capitalizations and the importance that the capitalized words acquire in the context. As already mentioned, the rhyme scheme is not very usual as it follows similar but non-identical sound patterns.

And Debauchee of Dew –

From inns of molten Blue –

This second stanza opens, again, with the mention of a first-person. However, the natural images portrayed in these lines are much stronger than that of the first stanza. The lyrical voice states that he/she is “inebriate” and “debauchee” of natural elements. Furthermore, in the last two lines, this feeling of being intoxicated by nature and its splendor is increased (“Reeling-thro’ endless summer days-/From inns of molten Blue-“).

The feeling of drunkenness is at its highest thanks to natural images. The dashes build a sort of rhythm and build a slow pace through the stanza, as the lines are shorter and connected with each other. Moreover, there is a clearer rhyme scheme in this particular stanza. Notice the end of the second and fourth line (“Dew” and “Blue”). Another recurrent element from the previous stanza is the capitalization. Although in this second stanza there are fewer capitalizations than in the first one, it is still an important literary device that accentuates the importance of some particular words.

When “Landlords” turn the drunken Bee

Out of the Foxglove’s door –

When Butterflies – renounce their “drams” –

I shall but drink the more!

In this third stanza of ‘I Taste a Liquor Never Brewed’, elements from the second and first stanza are mentioned. Instead of emphasizing the drink, like in the first stanza, or highlighting natural elements, as in the second stanza, this third stanza incorporates elements from both of them. In these lines, two important natural elements are mentioned: the “Bee” and the “Butterflies”. However, these are characterized by the elements of the first stanza (the liquor and the drunkenness). There is a clearer rhyme scheme (ABCB) and the rhythmic pace of the poem continues to be accentuated with the dashes.

Once again, notice the capitalizations and their association with natural images, as in the previous stanzas. The final line regains the first person and makes a crucial statement: “I shall but drink the more!”. Here, the lyrical voice suggests that he/she will be more immersed in nature than those natural elements already mentioned. There is a worship of nature, which is built with the passing of the stanzas.

Till Seraphs swing their snowy Hats –

And Saints – to windows run –

To see the little Tippler

Leaning against the – Sun!

This final stanza of ‘I Taste a Liquor Never Brewed’ begins with a striking image. There are several references to divine figures, like “Seraphs” and “Saints”. Again, these figures are mentioned in order to accentuate the beauty and importance of nature. The ABCB rhyme scheme is repeated and the poem ends with the same rhythmic pace that is found in the previous stanzas. Capitalizations are used to emphasize meaning, as in the other stanzas.

The importance of this ending, rather than introducing a dramatic and flamboyant closure, is the authentication of the lyrical voice’s point of view by the use of the religious figures. Nevertheless, notice the highlight made on the final line and the final word (“Leaning against the-Sun!).

Emily Dickinson was born in 1830 and died in 1886. She lived most of her life in reclusive isolation. Emily Dickinson was part of a prominent family that had a strong bond with its community. Nevertheless, she was never married and most of her friendships depended upon correspondence. During her lifetime, only a few poems were published and they were often altered by publishers to fit the convention of poetry at that moment.

Many of Dickinson’s poems talk about death and immortality by using unorthodox literary resources for the time they were written. She often wrote poems with shorter lines and without titles, utilizing slant rhyme and unconventional capitalization and punctuation. The majority of Dickinson’s poems were discovered by her sister after her death and published in 1890. Thus, Emily Dickinson was recognized as an important poet after her death and it is believed to be one of the main voices in American poetry. 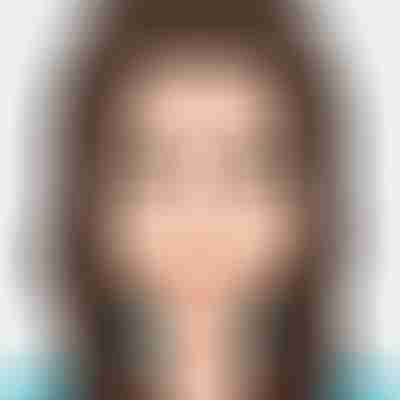