A Day (I’ll Tell You How The Sun Rose)

‘A Day’ by Emily Dickinson is a lyrical poem describing sunrise and sunset. In a metaphysical sense, it also portrays the beauty of life and the uncertainty of death.

Central Message: What happens after death is unknown

'A Day' is a highly relatable and skillfully composed poem explores the duality of life and death through memorable images of sunrise and sunset.

‘A Day‘ by Emily Dickinson is a well-known metaphysical poem of the nineteenth century, famous for its double meaning and intellectual metaphors. In a literal sense, ‘A Day‘ describes sunrise and sunset. In a metaphorical sense, it also details the transition from life to death. Moreover, the poem features a child persona, whose innocence and confident tone reveals the beauty of a sunrise.

‘A Day‘ by Emily Dickinson describes the rising and setting of the sun on a literal level while juxtaposing life and death.

The poem begins with the persona—an unnamed child—confidently describing how the sun rises, and the events that follow this phenomenon. This speaker shows excitement on sighting birds, hills, and the rising sun itself, thus portraying the child’s innocence regarding his/her view of the world. He/she only sees the beauty of life.

Coming to the metaphorical meaning, the opening stanzas of the poem show the hustle and bustle that comes with living.

As the poem progresses, the child becomes less confident describing a sunset. He/she doesn’t have sufficient knowledge to explain it. Nonetheless, this speaker tells of the purpling of the sky as the sun sets until the sky turns completely dark. This symbolizes the inactivity associated with dying. It also shows the little knowledge living beings truly have about death.

The speaker, or poet persona, in Dickinson’s poem is an unnamed child. He/she begins the poem as if responding to a question. The persona is confident and excited talking about sunrise. However, that confidence wanes when the child describes sunset. Regardless, this speaker’s diction and inherent innocence urge readers to appreciate the beauty of nature.

Originally, Emily Dickinson’s poem has two versions. The first has no stanza breaks and is not popularly known.

On the other hand, the second version of ‘A Day‘ consists of four quatrains. The last three quatrains follow an alternate rhyme scheme, where only the second and fourth lines rhyme. In addition, the last quatrain of this lyrical poem has a regular meter, as lines of eight syllables alternate with those having six. Since the first three quatrains have irregular meters and the poem itself has no definite rhyme scheme, A Day is seen as a free verse poem.

Furthermore, several lines in the poem are punctuated with dashes; seemingly random words are capitalized throughout as well. This is a writing style specific to Emily Dickinson. While there is no clear reason behind both peculiarities, the dashes may have been included to indicate pauses when reading ‘A Day‘ aloud.

Lastly, Dickinson never titled ‘A Day.’ Rather, a group of posthumous editors gave her poem its current name: “A Day”. Another title it bears is its first line: “I’ll Tell You How The Sun Rose.”

The following literary devices feature in Dickinson’s ‘A Day’:

I’ll tell you how the Sun rose –

A Ribbon at a time –

The Steeples swam in Amethyst –

The poem begins with the speaker narrating to us readers how the sun rises. The persona refers to the sun’s rays as “ribbons”.  The layering of these “ribbons” is a gradual process. But the significance of the eventual sunrise isn’t lost on the world. “The news…” of this phenomenon travels fast.

The eagerness of the child speaker to talk about sunrise portrays his/her innocent view of the world. This persona cares for the seemingly insignificant things, thus telling readers it’s okay to pause and appreciate the “normal” changes in nature. Like the sunrise. In a metaphorical sense, this stanza also hints at the excitement stemming from the beginning of life (childbirth).

Additionally, we glimpse Emily Dickinson’s religious background with the mention of “Steeples”, a part of a church building.

The Hills untied their Bonnets –

Then I said softly to myself –

‘That must have been the Sun!’

This stanza describes the events which occur due to sunrise. The sun illuminates the top of “Hills” and “Bobolinks” (a species of blackbirds) begins to sing. This stanza highlights similarly natural occurrences that seem to respond to the sun rising. It once again focuses on the beauty of nature around us, thus encouraging readers to be more appreciative of them.

The speaker’s awe is apparent in this stanza when he/she exclaims, “That must have been the Sun!” This particular line confirms our speaker is a child, as no adult would need much description to recognize the sun or its rising.

There seemed a purple stile

Which little Yellow boys and girls

Were climbing all the while –

In this stanza, the subject matter drifts from sunrise to sunset, and the speaker’s tone from excited to reserved. The child’s confidence wanes since he/she doesn’t know much about sunset. Yet, the persona describes the little they can, more sober than excited.

This stanza is more symbolic than literal, as Dickinson uses it to show the transition from life to death. On a metaphorical level, ‘A Day‘ tells readers how little any living being knows about death. Like the child speaker, humans prefer to talk about more exciting things, and so reserve their thoughts on the dreadful subject.

On the other hand, the literal imagery in this stanza presents the rising sun moving from the East to set in the West.

Till when they reached the other side,

A Dominie in Gray –

Put gently up the evening Bars –

And led the flock away –

In the final stanza of ‘A Day‘, Emily Dickinson’s faith comes to light. This dominantly symbolic stanza uses Christian references like “flock” and “Dominie in gray” to show the poet’s own view about death. Where a “Dominie in gray” means “God”, and “flock” means human beings, Dickinson believes God leads human beings wherever after they die.

On the other hand, the stanza literally ushers in the evening when the sun finally sets. Due to the inactivity of the time, the speaker’s excitement, at this point, is non-existent. Hence, ‘A Day‘ ends on a sober note.

Dickinson’s poem explores the beauty of nature from the phenomena of sunrise and sunset. Digging deeper, the poet also examines life, death, and the transition between the two in ‘A Day.’ Another theme is spirituality: a common one among Dickinson’s poems. With references to the “Dominie in gray” and “flock”, Dickinson reveals her Christian faith and the belief that God awaits humans at the end of their lives.

The speaker’s tone is confident for the first two stanzas of ‘A Day.’ This stems from his/her sufficient knowledge about sunrise. He/she also maintains their excitement through these stanzas, due to the activity this phenomenon brings. However, the speaker’s tone becomes uncertain for the last two stanzas. This is attributed to his/her insufficient knowledge about sunset. In addition, the persona turns sober, as the excitement which comes with the rising sun disappears.

Where did ‘A Day‘ first appear?

Why is ‘A Day‘ a metaphysical poem?

Metaphysical poetry uses extended metaphors to relate concrete images to abstract ones. In this sense, ‘A Day‘ is a metaphysical poem as it relates two physical phenomena—sunrise and sunset—to life and death.

Who is Emily Dickinson?

Emily Dickinson is a nineteenth-century American poet who wasn’t as recognized during her time. Although she wrote about 1800 poems, only 10 are known to have been published while she lived. She mostly included her poems in letters she sent her family. Her lack of popularity is often attributed to her being a private person.

Why is ‘A Day‘ a lyrical poem?

A lyrical poem is a short thoughtful piece that features a sole speaker—who may or may not be the poet. The pronoun “I”, as used in lyrical poems, indicates the poet’s persona. On that note, ‘A Day‘—like most of Dickinson’s poems—is a lyric; it expresses a powerful thought from the perspective of a single persona.

Can you call ‘A Day‘ a romantic poem?

Romantic poetry describes nature with the intent to highlight and appreciate its beauty. In this sense, one can call ‘A Day‘ a romantic poem

You can read more of Dickinson’s poems here if you enjoyed ‘A Day‘: 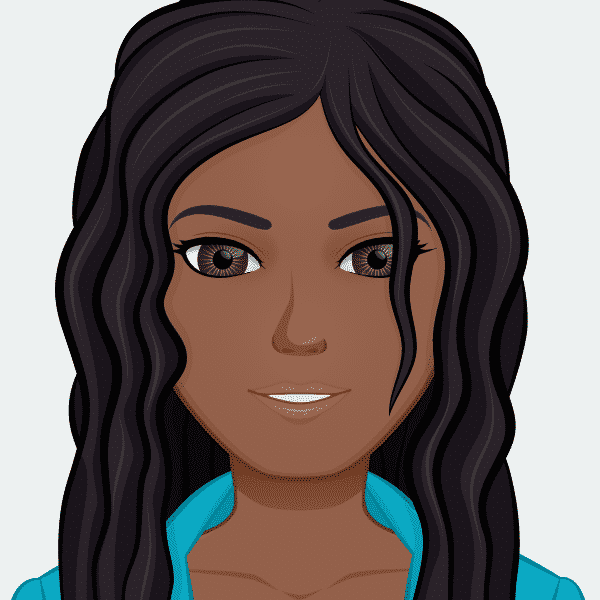