My Life Closed Twice Before Its Close

‘My life closed twice before its close’ by Emily Dickinson uses heartbreak as a metaphor for death. She also experiments with the meaning of “closure.”

Central Message: All lives come to a close

Speaker: Usually assumed to be Dickinson herself

Dickinson reminds readers of the ways that life is cut short, often more than once, in a single lifetime as well as the inevitability of death.

Dickinson is famed for including dark themes such as sorrow and death in her poetry, such as in ‘My Life Closed Twice Before Its Close.’ Often her poems are numbered rather than named.

My Life Closed Twice Before Its Close Analysis

‘My Life Closed Twice Before Its Close’ by Emily Dickinson uses heartbreak as a metaphor for death.  The title of the poem (and the first line) is a paradox she attributes two different meanings to the word close.  Here, she is using the term “close” to represent both heartbreak and death at the same time.

Although the specific meaning of this “closure” is not disclosed to the reader, it is evident that a loved one parted ways with Emily in some shape or form.  Whether her heart was broken by a lover, or someone close to her has passed away doesn’t seem to matter we only know that she feels a void in her life that she equates to her own death.  This is a short, eight-line poem that rhymes lines b and c, and f and h.

The last part of the first stanza has a dark, humorous, and slightly sarcastic mood.  She uses the term “immortality,” which is normally a good thing to describe herself as merely waiting for the next heartbreak (closure) to happen in her life.  In this case, immortality is only a means to a dark end for Emily.  Line two and line three rhyme, which adds to the “light” and “playful,” yet paradoxical mood of this stanza.  It almost reminds me of a horror movie where a playful and unassuming child is the messenger of some dark scheme.

These types of horror movies are often even darker, and even more eerie than movies where the subject is someone typical who acts or looks like a monster.  The youthful naivete of the mood of this poem is indicative of the paradox we see here.  She seems to have had these deaths and closures at a very young age, and the lack of hope is also evident here.  She writes, “it yet remains to see, if immortality unveil / a third event to me..”  She is waiting for her third death, the third time that her heart will break.  It is almost as if she expects this to happen.  Again, this is foreboding and eerie but she shows a “down to earth” quality in the way that she uses sarcasm and humor.

So huge, so hopeless to conceive
As these that twice befell.
Parting is all we know of heaven,
And all we need of hell.

In the second stanza of ‘My Life Closed Twice Before Its Close’, Emily is discussing the depths of the heartbreak she has gone through.  She describes it as “huge, and hopeless to conceive.”  She is referring to this third, foreboding event that she assumes will come next in her life.  This third death doesn’t have a finality to it, it is simply being compared to the other two closures in her life.  She is, however, “immortal,” so it is ironic that she describes heaven and hell.

It is almost as if she doesn’t believe she will ever escape life’s constant series of broken hearts so she pulls parts of her idea of heaven and hell and attributes them to her life on earth.  Again, she rhymes heaven and hell (the second and fourth lines of stanza two), very lightheartedly which adds to the irony of a dark mood and word, like hell – to be rhymed in such a feathery way.  To put it quite simply, Emily writes that she doesn’t know anything but heartbreak by writing that these closures are “all she knows of heaven.”  She is putting herself in “hell” by writing that she is currently experiencing “all she needs of hell.”

These last two lines can become confusing, but Emily has used her words carefully here.  If you have all you need for something, you have it currently.  So, she is saying that she has “hell.”  In the first line of stanza two, she writes “so huge, so hopeless to conceive.”  Obviously, she has left the specific ache in this poem up to the interpretation of the reader, but since Emily is so careful about her word choice, one might wonder if she has lost two children in her efforts to conceive a child.  It is not known in the certainty that this poem is about a miscarriage, but I think it is quite probable.  Or maybe, she had loved and lost but wanted so badly to be able to conceive a child.

Emily grew up very conservatively in New England in the 1800s but was thought to have at least two men that in her life that impacted her greatly.  She was an extremely reclusive person, but was greatly affected by the people that she did know and admire – even if they didn’t stay in her life for very long.  This could explain to the reader a bit about why she was only familiar with heartbreak. Perhaps she didn’t know what it felt like to have friends or lovers.  This may be why she felt as though her life was broken up by these catastrophic partings.  She spent a lot of time alone in her room so I’m sure she felt things more deeply with all of the time that she had to think and to write.

Home » Emily Dickinson » My Life Closed Twice Before Its Close 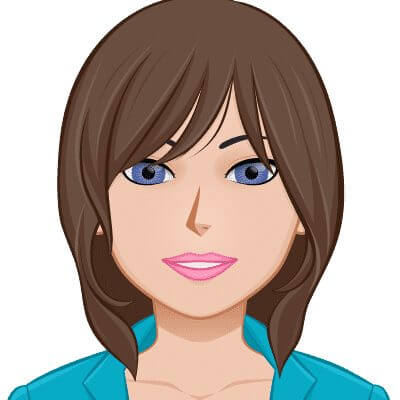 Alexandra has a love for poetry and writing. After achieving a Bachelor's degree in Writing at the Messiah College in the United States, Alexandra joined the Poem Analysis team to continue her passion of poetry.
Subscribe
6 Comments
Newest
Oldest Most Voted
Inline Feedbacks
View all comments