One day is there of the series

‘One day is there of the series’ by Emily Dickinson explores the holiday Thanksgiving and how its celebrated in America. 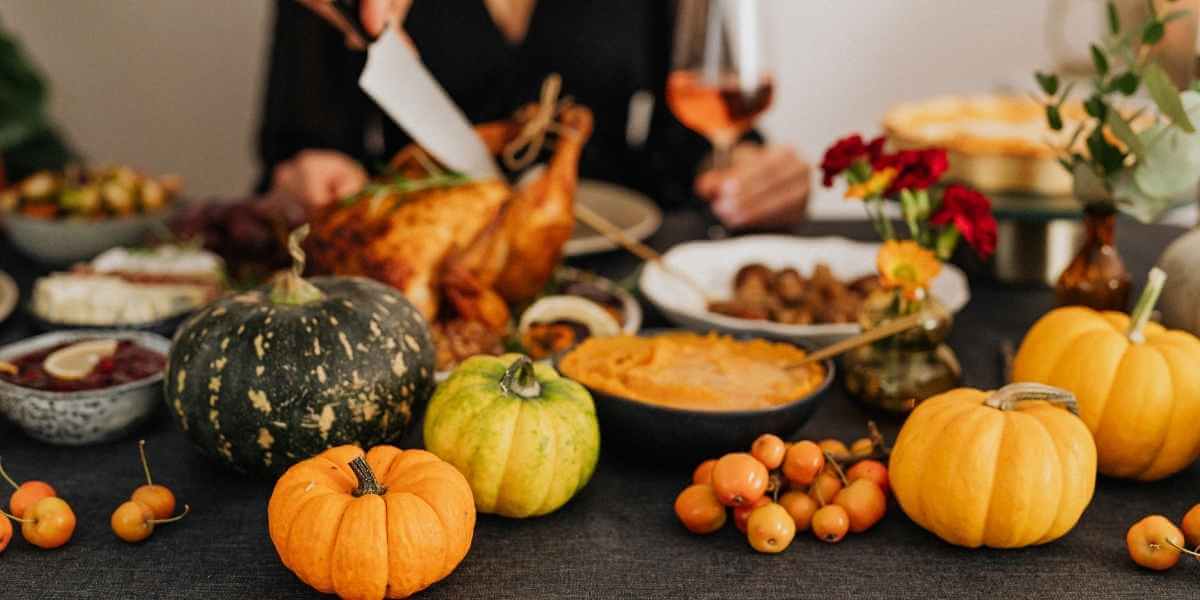 Speaker: Unknown, someone from America

Dickinson criticizes the way that we celebrate holidays, suggesting they do not do justice to the events they are commemorating in 'On day is there of the series.'

This poem is not one of Dickinson’s better-known, nor is it one that engages with one of her more common themes. Readers who have spent time exploring her verse will be used to her writing about love, death, dreams, and nature. But this unique poem takes a different approach.

Dickinson speaks about Thanksgiving, how it’s celebrated, and its meaning and alludes to her belief that the celebrations Americans hold in honor of the holiday are insufficient.

Explore One day so there of the series

‘One day is there of the series’ by Emily Dickinson is a poem about Thanksgiving and how it is celebrated.

In the first part of the poem, the poet begins by speaking about Thanksgiving as just one more day in a long series of days throughout the year. She’s personally alone, without a huge amount of family to spend time with. She goes on, to suggest that the celebrations that are held are inadequate for the holiday while using a great deal of ambiguity that helps to complicate her meaning/intentions.

The main theme of this poem is the meaning of holidays or celebrations and how they adequately, or not, represent the truth of what they’re trying to appreciate. The poet’s intentions are to discuss Thanksgiving, allude to its meaning and why its celebrated, and express her feelings about it. She’s clearly conflicted about its true meaning and how celebrations, particularly the celebration she engages in (or doesn’t), is not adequately representative of the meaning of the holiday.

‘One day is there of the series’ by Emily Dickinson is a sixteen-line poem that is written in block form. All the lines are contained within one stanza and are generally similar in length. The lines do not follow a pattern that readers of Dickinson’s poetry are likely to be familiar with. The poem also does not follow a standard rhyme scheme. The lines are written in free verse without a unified pattern of rhyme.

Throughout this poem, the poet uses a few different literary devices. These include:

One day is there of the series

Neither Ancestor nor Urchin

I review the Play –

In the first lines of the poem, Dickinson begins by stating that there is one day out of the year that’s known as “Thanksgiving Day.” As an American, Dickinson would be very familiar with the holiday, what it’s supposed to mean, and how it is celebrated. So, her analysis in the following lines of its various features is quite interesting.

The holiday, she continues, is made up of several features. These include a celebration “at [the] table,” meaning a meal, and a celebration of memory (of events from the past).

As someone reviewing the play, she notes that she’s not an older person (symbolized through the word “Ancestor”), nor is she a child (Dickinson uses the word “Urchin,” which has interesting negative connotations). She is neither, and she is also probably suggesting that she doesn’t have any family (like those she mentioned) around the table.

Seems it to my Hooded thinking

Had There been no sharp subtraction

From the early Sum –

Not an acre or a Caption

Where was once a Room

To her thinking, Dickinson says, as someone who is an outsider to the familial aspects of the holiday, she’s experiencing the holiday as a “Reflex.” She’s likely suggesting that the holiday is something that she celebrates just because it’s a day on the calendar, not because it means anything specific to her. She doesn’t have people around her, making the holiday more meaningful.

The next few lines are quite complicated and may lead readers to a few different conclusions about the poet’s intentions. Dickinson speaks about an “early Sum” and a “sharp subtraction.” This indicates a reduction in something where there was “once a Room.” Perhaps, she’s thinking about the past, her family, or about the changes that have come over the country in the decades since the holiday was first celebrated.

Not a mention whose small Pebble

Unto such, were such Assembly,

In the final four lines of this unique poem, the poet speaks about a pebble tossed into a sea. Here, she seems to be suggesting that what people do (the actions they take) are very small in comparison to all of creation and time (or the sea).

Thanksgiving, the poet concludes, is not quite enough to adequately represent the entire world. The critical description of the holiday in the first lines leads to a more thoughtful appreciation for the world and an acknowledgment of the holiday’s inadequacies in the final lines.

What is the message of ‘One day is there of the series’?’

The message of this poem is that Thanksgiving is celebrated for a good reason, but the celebrations are not adequate regarding what they are appreciating. They’re only a small stone thrown in the sea that makes a temporary wrinkle.

What is the tone of ‘One day is there of the series?’

Initially, Dickinson takes a critical and analytical tone. But, as the poem progresses, her thoughts become more appreciative and passionate as she discusses the world and its importance.

Who is the speaker in ‘One day is there of the series?’

The speaker is generally considered to be Dickinson herself. She often tapped into her personal experience when writing, and this poem seems to be no exception.

What is the purpose of ‘One day is there of the series?’

The purpose of ‘One day is there of the series’ is to analyze Thanksgiving and how it’s celebrated throughout the United States from one person’s perspective.

Readers who enjoyed this poem should also consider reading some related Emily Dickinson poems. For example:

Home » Emily Dickinson » One day is there of the series

Baldwin, Emma. "One day is there of the series by Emily Dickinson". Poem Analysis, https://poemanalysis.com/emily-dickinson/one-day-is-there-of-the-series/. Accessed 13 November 2022.