Friedrich Schiller was born in November of 1759 in Marbach am Neckar, part of the Duchy of Wüttemberg in the Holy Roman Empire. He was the only son of a military doctor named, Johan Kaspar Schiller, and his wife Elisabeth Dorothea Kodwiß. Alongside Friedrich, the couple had five daughters. 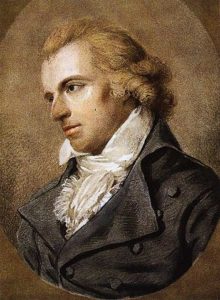 His family was very religious and he spent many hours of his youth studying the Bible. Religion would later become a major theme in his work. His father was not present throughout his childhood, as he was commissioned fighting in the Seven Years’ War. Eventually, Johan Schiller became a recruiting officer and the family moved to Schwäbisch Gmünd and then the town of Lorch.

It was in Lorch that Schiller received most of his education. The school system in the town was not great. The classes were often cut and he was taught Latin and Greek by the village pastor. It was a few years later, in 1766, that the family moved to the Duke of Württemberg’s principal residence in Ludwigsburg. Johan Schiller had not been paid in years and was forced to take on work in the garrison in Ludwigsburg.

Friedrich Schiller soon entered into the Karlsschule Stuttgart, an elite military academy. It was here that he studied medicine, beginning in 1773. He suffered from an undiagnosed illness for most of his life which became his obsession. Schiller also wrote his first play during this time, The Robbers. It describes a conflict between two brothers and their desire to become Robin Hood-like bandits. The play was also a critique of social corruption and became hugely popular. On the back of his play, Schiller became an immediate star and was made an honorary member of the French Republic.

In 1780 he became a regimental doctor in Stuttgart. He did not enjoy this posting and left without permission in an effort to see a play. This resulted in his sentencing to 14 days in prison. He was forbidden from publishing any further works.

Over the next years, he fled Stuttgart and traveled throughout Germany. He eventually settled in Weimar in 1787 and became a professor of History and Philosophy. It was here, in Jena, that he wrote his historical works as well as plays such as Don Karlos, Infant von Spanien. In 1790 he married Charlotte con Lengefeld with whom he had four children.

In the later part of the 1700s, he returns to Weimar and playwriting. He was ennobled by the Duke of Sax-Weimar in 1803 and died from tuberculosis in 1805 at the age of 45. You can read Schiller’s poetry here.

Discover the Essential Secrets of Poetry 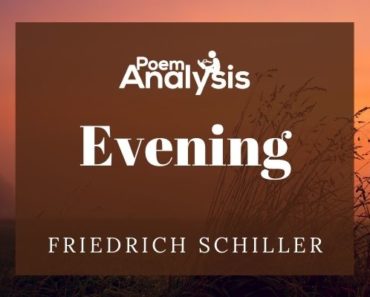 Discover the Secrets of Poetry

The biggest and best secrets behind the greatest poetry revealed. Sign up to find these out.

Send this to a friend