Give Me Your Hand by Gabriela Mistral

Chilean poet Gabriela Mistral invites the listener to give the poet their hand and dance: “Give me your hand and you will love me…”

In 1945, Gabriela Mistral (Lucila Godoy Alcayaga) won the Nobel Prize for Literature. She was only the fourth woman to win the award and, perhaps even more importantly, she was the first Latin American writer to win the prize. She did well indeed for a poet who had to leave school at fifteen to care for her ailing mother.

Some indication of Mistral’s favorite themes can be gleaned from the titles she gave her collections: Sonnets of Death, Desolation, Tenderness, and Felling. In the poem ‘Give Me Your Hand‘ the theme is fleeting intimacy and dance. The theme is supported by the rhythm of the poem as well as its repetitions, especially in the sonorous end lines conclusion “y nada más.”

Explore Give Me Your Hand

Except for the figure of Hope, the poem selected has fewer hermetic elements than some of Mistal’s poems. The nature imagery is fairly straightforward. The poem’s form is also simple. It consists of three rhymed quatrains. Although the lines vary in the number of feet, Mistral manages to create a musical rhythm to the poem, as befits a poem about dance.

The end line of the first two stanzas in Spanish begins with a simile “como”- like a flower, like a blade of grass, and the third stanza’s end line begins on a hill. Then, each end line concludes y nada más – “and nothing more.” Nothing more could mean very little, but it could also contain very, very much – life – like in a little seed.

give me your hand and dance with me.

A single flower, and nothing more,

a single flower is all we’ll be.

In Spanish, each line contains ten syllables except the last which contains nine. This missing last syllable in the fourth line creates a feeling of being cut off akin to the feeling of frustrations when faced with a truncated possibility of being more, more than a single flower, perhaps a cut flower.

The abab rhyme scheme is less oblique in the original Spanish. The translation does a good job of capturing the repetition at the beginning of the first two lines (Give me your hand), and again of the third and fourth (A single flower). The rhymes thus link every other line while the repetitions link sequential lines, creating a nice weaving rhythm like that described by dancers in a contra dance, or the stomp of feet in contretemps with the twirling of the kerchief in Chile’s national dance, la Cuenca.

There is another level of interconnection in the first three lines of this stanza in Spanish. Each ends with a verb in the future tense: danzaremos, amarás, seremos (we will dance, you will love, we will be). The subjects of these verbs do not need to be stated in Spanish. The predicate verb (being) moves to the last line in translation. The last line in Spanish ends “as a flower, nothing more” and that nada más (nothing more) ends each of the stanzas in the Spanish.

The bigger issue in the translation is not just changing “you will love” to the more passive “your love” but moving that “your love” to the first line and sliding “we will dance” into the second line. The Spanish poem puts dancing, not love, first.

Keeping time in the dance together,

grass in the wind is all we’ll be.

The second stanza varies more in the number of syllables per line, but other than that follows the pattern of the first in Spanish with every other line rhyming and sequential lines having repeated beginnings. The translation departs here in the first two lines. “Keeping time” is unrhymed with “you’ll be singing” whereas in Spanish the first two lines begin “El mismo” and “al mismo” (the same, at the same).

The first three lines in Spanish end with verbs in the future tense: cantaremos, bailarás, ondularemos (we will sing, you will dance, we will wave). The last line ends nada más (nothing more). The long Spanish verb for waving creates the longest line in the stanza in Spanish and hangs out there at the end of the line like something waving in the wind.

“Grass” in the translation evokes a field or a patch at least whereas espiga (blade) in the Spanish maintains the isolated nature of the images – one flower, one blade. The translators dropped verso (verse) from Line 1 and paso (step) from line 2 which is a pity because it reinforced the linking of dance and poetry.

Again, the translator has chosen to invert the actions of the first two lines from singing and dancing in Spanish to dancing and singing in English, but the change here is not as important as it was in establishing the first action of the poem in stanza 1, line 1 “we will dance”. Translators do often have to tweak syntax in translation, particularly in verse. Pity them.

a dance on the hills is all we’ll be.

The only verb to end a line in this stanza in Spanish is in the second line: olvidarás (you will forget). Line one begins as in the translation I’m/you’re called (although “I am/you are” or “My/your name is” are more colloquial in English). Rosa and Esperanza (Hope) create a nice internal rhyme in Spanish that is not possible to replicate in translation. These are both female names in Spanish.

The two main translation issues in this stanza concern the forgetting and the going free. Losing instead of forgetting is not unreasonable as a translation but in Spanish, it is only the you who forgets (olvidaraás), not the implied we of “our”. This is important. Also, there is nothing in the original Spanish about going free, the only mention of a hill.

The unwarranted addition of “going free” creates a feeling of either some freeing Dionysian abandon in the dance that I do not think Mistral intended or there is a sense of relief and escape in the forgetting that I do not think is justified in the reading of the Spanish text. With regards to the hill that appears in the Spanish “, we will be a dance on the hill”, the Celtic folklore tradition contains fairy hills where mortals dance entranced for thousands of years, but a Chilean equivalent seems a real stretch. The will remains somewhat mysterious.

This last comment about the poem’s form is highly speculative. It is always dangerous to speak about what is not there. But, given the three stanzas of four lines each and, given Mistral’s history of writing sonnets, can we speculate whether a missing concluding heroic couplet is implied? What would that heroic couplet be saying? It can only really be saying that is not there, surely. Something is missing. This highly speculative ending does have one merit – that it would echo the truncated sense of the first stanza’s ending.

There is a Baudelaire poem “To a Passerby” about a fascinating, fugitive beauty, a flash, a glance which caused the poet to be reborn, a hurricane in her eye. “Away, far from here,” Baudelaire imagines, “you who I would have loved, you who knew.” Decades later, I remain unresolved about the end of that poem. Is there regret? Yet it is somehow sweet?

This poem presents similar themes. Rose fades. But the speaker is Hope. The names don’t matter. The dance is all? Is the “nothing more” are the end of each stanza bitter? Is it as negative as Poe’s Raven’s “nevermore”? Or is it instead satisfied? Nothing more is needed. Life is the dance, death the nothing more – in which names are erased, but it is not said that there will be no more dancing.

Mistral’s poetry is sometimes contrasted with the more ornate modernism of Ruben Dario. Mistral unabashedly wrote children’s poems – which she included in her collection Tenderness. Mistral was a beloved teacher in Chile for twenty years. She considered this her Christian duty. She has been described as apolitical, but she dedicated her book Felling to Basque children orphaned by the Spanish Civil War.

The Nobel committee praised Mistral for her lyric poetry. Mistral defined the lyric as a wound of love. (She lost her great love very early in life.) Her last work was entitled The Wine Press. Two collections were published posthumously: Wine Press II and Poems of Chile. It is greatly to be regretted that she has been eclipsed in popularity by Chile’s other poet to win the Nobel: Pablo Neruda. There is surely room on the world’s bookshelf for more than one outstanding Chilean poet.

In her interest in legends, nature, children, religion, the vernacular, and pride of place, Mistral can be compared to another Nobel Literature Laureate: Graciela Deledda from Sardinia. Please note: Gabriela Mistral is not to be confused with Frédéric Mistral who won a Nobel for his promotion of Provençal poetry.

Was Gabriela Mistral just a teacher?

No, Mistral had a long illustrious career in education. She was even invited to help with education reform in Mexico. But she was also a diplomat who worked in support of various causes, such as the universal human rights of the child.

What is the Spanish text of ‘Give Me Your Hand‘?

Did Mistral write other poems about dancers?

Yes, she wrote poems about dancers along with poems about other kinds of artists and performers, as well as about people in other less creative professions. In the “Mad Women” section of The Winepress, Mistral wrote another important dancer poem called “La bailarina”.

Home » Gabriela Mistral » Give Me Your Hand 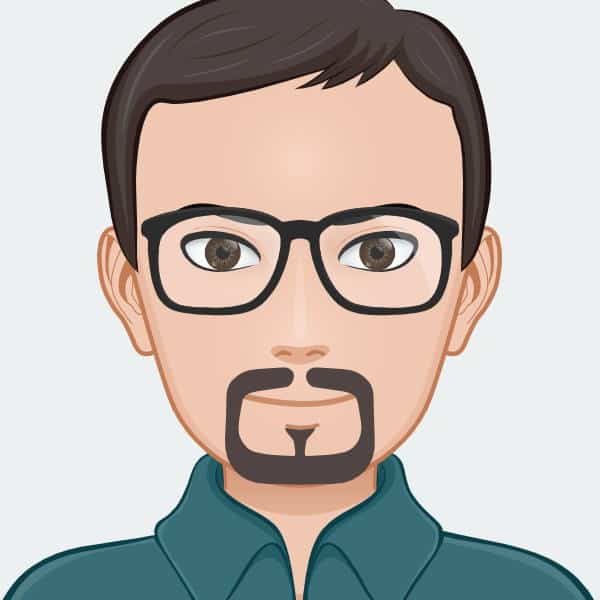 Aporia is a figure of speech where a speaker or writer poses a question. This question expresses doubt or confusion.
Full Description | Glossary