Gillian Clarke’s free-verse poem ‘Advent’ depicts a lifeless winter landscape where everything is frozen to a state that instills despair and hopelessness in the speaker’s heart. 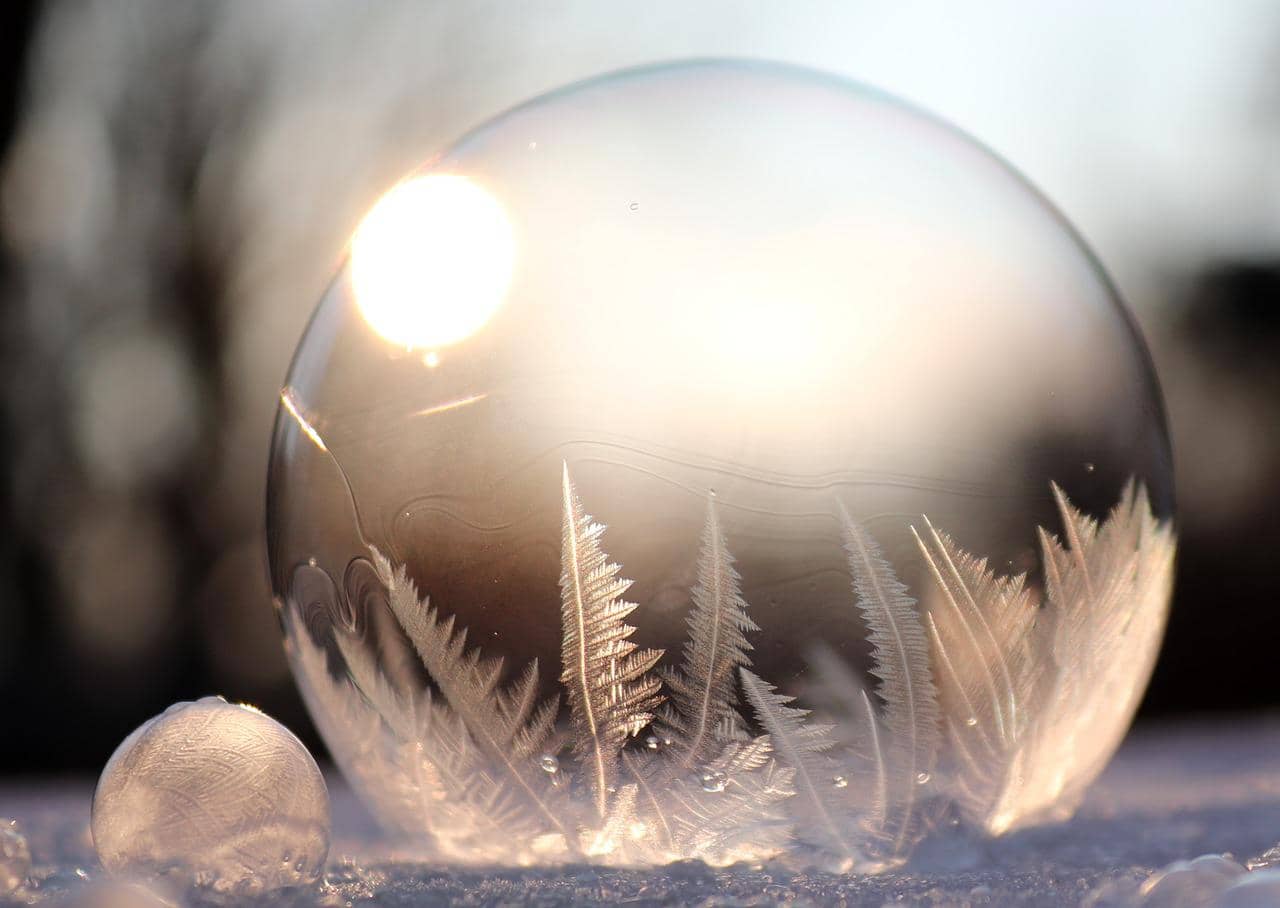 ‘Advent,’ as the title hints, is a poem about the season of winter—the month of Christmas. According to Christian theology, “advent” is regarded as the time of Christ’s coming on the earth. Though the title has a religious aspect to it, the poem is not solely about the birth or second coming of the savior. It is rather a pessimistic representation of the natural world during the coldest phase of winter. The speaker narrates what she finds in her surroundings in a matter-of-fact tone.

‘Advent’ by Gillian Clarke depicts a desolate and chilling winter landscape in a pictorial manner.

This poem begins with winter dawn and how it appears during the coldest phase of the season. The speaker of the poem describes the “night” as a predator which leaves the remnants of its kills behind that, including “Twig-bones,” “ice feathers,” and the “ghost of starlight.” Then she goes on to describe how the ambiance is hostile to every living creature. Beginning with a rose that has been stunted in its nip to the underground water table stiffened like stones, everything around resonates with the lifeless tune of chilling winter wind. Yet, in the end, the speaker finds one leaf that somehow manages to raise itself from the snow cover against the light of hope.

Gillian Clarke’s poem ‘Advent’ is written in free-verse as it does not contain any regular rhyme scheme or meter. There are a total of four stanzas in the poem, and each stanza comprises five lines. Clarke makes use of short lines supplemented by a few longer lines to maintain the overall flow. The overall poem is narrated from the third-person point of view. In the last stanza, readers come to know that the poem is narrated from an individual speaker’s perspective.

In ‘Advent,’ Clarke makes use of the following literary devices:

After the wideawake galaxies

Each dawn is glass.

Leavings of the night’s kill lie,

The ghost of starlight.

The first stanza of Gillian Clarke’s poem ‘Advent’ begins with a description of a chilling winter dawn. In the middle of winter, the dawn appears with “wideawake galaxies.” It seems as if the galaxies or stars have not gone to sleep yet. They are given life and are described as the ever-awake audience of the winter morning. For the speaker, each dawn appears like glass. It is because everything around her is frozen and hardened like glass due to the cold.

In the following lines, she personifies the night and describes it as a wild creature. The night’s kill lies all around in the morning. The remnants of its kills include the frozen twigs that appear like bones, ice flakes compared to feathers, and the ghost-like presence of the starlight in the morning.

In the second stanza, the speaker turns her focus from the lifeless things to the living things such as the ewes and roses. Due to the cold, the warm air exhaled by the ewes for silvery vapors in front of them. There is a rose that particularly grabs the speaker’s attention. Its growth has been stunted due to the harsh temperature. The speaker further describes how everything is particular in the morning. She can see a “bramble’s freehand” frozen to death. The last line of this section is internally connected with the following stanza. Hence readers have to go all the way to the second line of the following stanza to complete the sentence.

A leaf caught out,

And horizons pleat in a bucket.

The speaker connects the thread left open in the previous section. She goes on to describe how a leaf is caught out in the cold. These scenes that she witnesses in the morning are described as the “lawn’s journal.” It seems as if the lawn is keeping note of what is happening around it. In the next line, the speaker lets the audience know about how cold it is with the use of a new image. She depicts how the underground water table is frozen like stiffened linen. The water kept in a bucket is also frozen. It appears to the speaker as if the horizon is pleated in the bucket.

The stars burn out

In the last stanza of ‘Advent,’ Clarke uses another image depicting the harshness of the winter season. Due to the lack of food, the birds starve. By looking at their appearance, the stars burn out in sadness. It seems the stars constantly try to keep the poor birds warm. That is why, the speaker thinks, the stars might have been burnt out. In the third line of this stanza, the speaker describes how the birds are sitting near her window. She also feels sad for them.

However, by the end of the poem, Clarke quickly changes her tone and subject. She specifically draws readers’ attention to the leaf that manages to raise its head from the snow cover. For the speaker, this leaf is the symbol of new life and hope. This is why it signals at the “infinite light” waiting to warm the earth once again by the end of winter.

What is ‘Advent’ by Gillian Clarke about?

‘Advent’ by Gillian Clarke is about a winter morning during the coldest phase of the season. The speaker of this poem, in a matter-of-fact tone, narrates what she comes across from her window in the morning. Amidst all the harshness and hopelessness, she finds one leaf that instills hope in her heart.

What type of poem is ‘Advent’ by Gillian Clarke?

Clarke’s ‘Advent’ is a free-verse lyric poem that does not have a set rhyme scheme or meter. The poem consists of a total of four five-line stanzas. It is written from the third-person point of view.

What is the theme of ‘Advent’ by Gillian Clarke?

In ‘Advent,’ Clarke employs the themes of hopelessness, death, nature, and hope. This poem is all about the harshness of the winter season. Through this piece, Clarke tries to show how in the middle of utter pessimism, there can be found a frail shine of hope.

What is the tone of ‘Advent’ by Gillian Clarke?

The tone of the poem or attitude of the speaker to the subject is calm, unemotional, and awe-struck. It seems as if the narrator is documenting the lifeless winter landscape with a sense of awe. She is especially struck by the frozen landscape.

Here is a list of a few poems that tap on the themes present in Clarke’s poem ‘Advent.’ You can also explore more poems by Gillian Clarke.

You can also explore these enchanting poems about winter.