‘Sunday’ by Gillian Clarke was inspired by the poet’s personal experience of attempting to enjoy a Sunday morning but then being reminded of all the suffering that’s going on in the world. 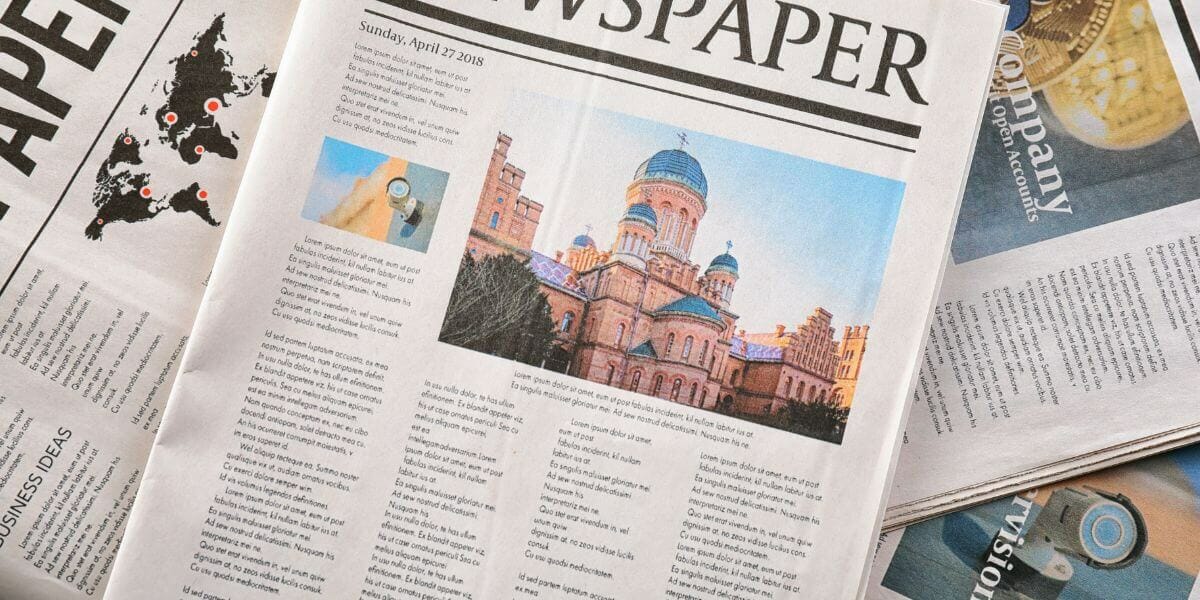 The poem, according to the poet’s website, does describe Clarke’s morning and her reaction to the news in her newspaper. She writes in a highly relatable and easy-to-read way that allows readers to relate to her words and perhaps easily imagine themselves in the same situation as she describes in ‘Sunday.’

‘Sunday’ by Gillian Clarke is a highly relatable poem in which the poet’s Sunday morning is disrupted by the world’s news.

The poem’s first fifteen lines are dedicated to a description of the speaker getting up and enjoying a peaceful morning. Her Sunday continues easily and smoothly as she lets the cats in and observes people going to church outside. After reading the newspaper, she is reminded of the true nature of everyday life and its many cruelties.

‘Sunday’ by Gillian Clarke is a seventeen-line poem that is written in block form. This means that all of the lines are contained within a single stanza. The poem is also written in free verse. This means that the poet did not make use of a specific rhyme scheme or metrical pattern. The lines end with very different words, for example, “morning,” “peace,” and “open” in the first three lines.

Clarke uses a few different literary devices in this poem. Including:

Getting up early on a Sunday morning

leaving them sleep for the sake of peace,

in the bay of the window to watch people

walking to church for Mothering Sunday.

In the first lines of the poem, the speaker, who is Gillian Clarke herself, describes waking up early on a Sunday morning. She’s alone that morning, letting her family sleep in peace while she enjoys a different form of relaxation alone. Lines three and four describe open windows in the sound of birds singing outside.

The poet also references Cyncoed, a suburb of Cardiff, where the entire scene is taking place. This helps readers to better understand the speaker’s experience.

The sentence that begins on line five includes a great example of alliteration. The poet uses the words “glistening” and “gutter.” This adds a rhythmic quality to the section of the poem that helps highlight the piece the poet is experiencing on this uneventful Sunday morning.

The next few lines describe a few basic, seemingly mundane details that the poet tends to that morning. She lets the cats in after they spend the night outside. She notices how warm their fur is with the surprising heat of a March morning.

Each sentence helps convey a mood of peace and contentment. The speaker is taking pleasure in these simple actions and events.

The tenth line of the poem references Mothering Sunday, the 4th Sunday in Lent, during which Christians visit their “mother” church. There, they receive baptism. This peaceful holiday is yet another element of the easy Sunday morning that the speaker is experiencing.

A choirboy holds his robes over his shoulder.

The cats jump up on windowsills to was

the water-shriek and starved stare

of a warning I can’t name.

The next few lines continue the poem in the same way. This speaker describes people going into church, the cats jumping onto the windowsill and watching the starlings outside intently, and the sun slowly filling the “long brown room.” Phrases like this help create a feeling of relaxation, particularly when the poet uses sibilance, such as seen in the phrase “sun slowly.”

The final three lines take the poem in a very different direction. The poet describes sitting down with the newspaper she got that morning and seeing something within the paper, or several events, that throw off the atmosphere of her experience.

While her small corner of the world may feel peaceful, from her vantage point inside her home, the world is far more complicated and not nearly as contented. She doesn’t directly define what she sees within the newspaper, but the use of the word “starved” in the phrase “water-shriek” suggest that she may be reading about declining conditions in other countries, including but not limited to famine and climate change.

On her website, the poet writes that at this moment, she was reading “the world’s news of war, famine, cruelty, terrorism.” These things, she adds, bring a “shadow of a warning to spoil the morning’s simple joy.”

What is ‘Sunday’ about?

The poem is about a morning the poet experienced when she woke up, spent time by herself, did small chores, and enjoyed peace and quiet before reading the newspaper and being confronted with atrocities occurring across the world.

What is the tone of ‘Sunday?’

The tone is at first relaxed and contented. It continues this way throughout almost the entire poem. The last few lines take a turn and acknowledge that although the speaker’s personal world is quite peaceful, the world at large is far more difficult and terrifying.

What is the purpose of ‘Sunday?’

The purpose is to acknowledge that it is easy to forget the troubles of the world when one is focused on their individual existence. The speaker’s quiet morning is disrupted when she is reminded of famine, cruelty, and terrorism in the world at large.

What is the meaning of ‘Sunday?’

The meaning is that the world is incredibly troubled. Even those events that seem distant have an effect on one’s everyday life, even if it’s only through a startling realization that not everyone’s Sunday is as peaceful as your own.

Readers who enjoyed this poem should also consider reading some other Gillian Clarke poems. For example: