Building the Nation by Henry Barlow

‘Building the Nation’ is one of the best-known poems of the Ugandan poet Henry Barlow. This humorous piece comments on how nation-builders contribute to their country. 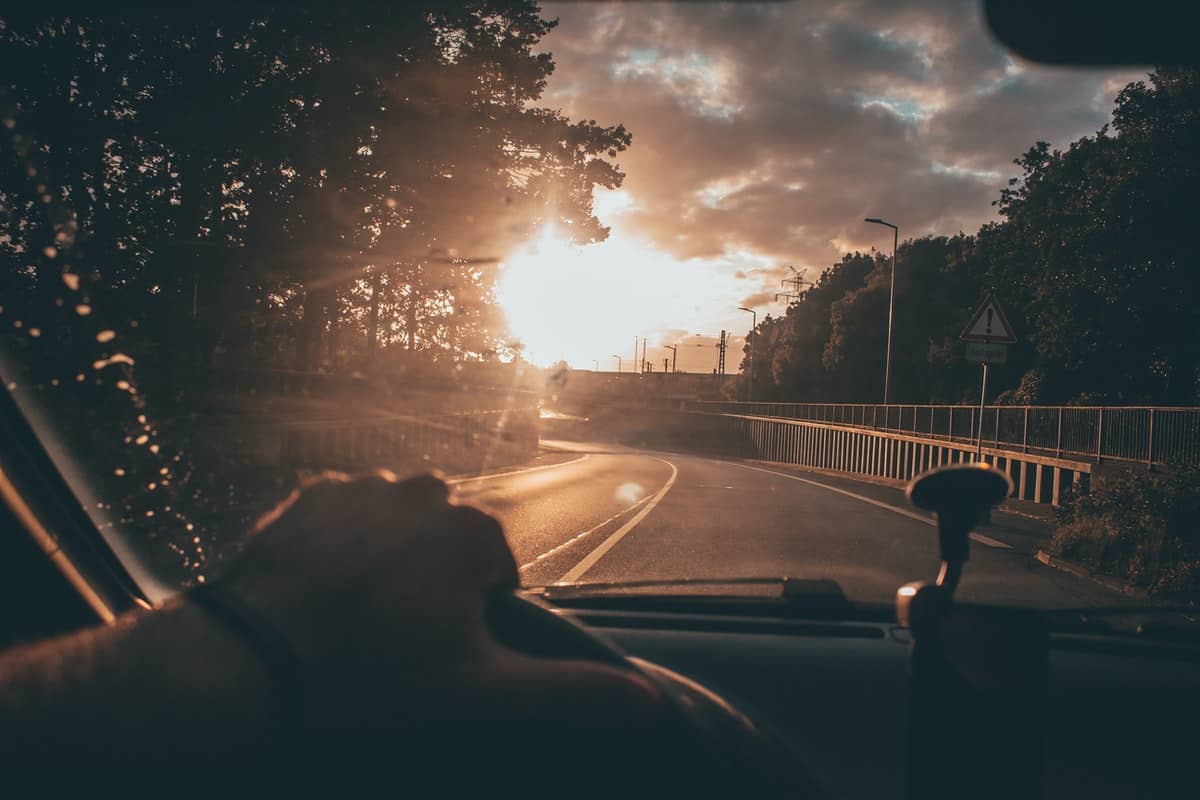 Henry Barlow’s ‘Building the Nation’ is a witty depiction of two nation-builders: one is the driver and another is the Permanent Secretary of the state. They both suffer from ulcers but in a different manner. The former’s illness is caused by hunger. Overeating caused the latter ulcer. In this way, Barlow humorously shares their story to point at the basic hollowness of the officials appointed to work for the nation. While the real nation builders are those who do their job wholeheartedly. Be it a taxi driver or a daily wager, they all have their fair share in nation-building.

‘Building the Nation’ by Henry Barlow presents a story of a driver and Personal Secretary and how they contribute to their nation.

Barlow’s main persona, the driver, begins this piece by saying he drove a Personal Secretary to an important luncheon. The secretary had a number of lavish dishes. Though he ate those items, he was still hungry. He asked the driver for some food. But, the driver had not any food to offer him. It made the secretary a bit frustrated. He started to comment on his illness caused by overeating. The person who was driving the car also had issues with his stomach caused by hunger. Ironically, nation-building left them with nothing but “terrible stomach pains”.

This poem is written in free verse. There is no set rhyme scheme or meter in this piece. Barlow presents two speakers and their brief conversation. Between them, the main speaker is the person who drove the secretary to the luncheon. Barlow tells the story from his perspective. So, this poem is written from the first-person point of view and it’s a lyric. There are a total of five stanzas. The third stanza containing the main conversation is the longest of all. For creating rhyming, Barlow uses repetition of similar consonant and vowel sounds in the lines.

Barlow’s ‘Building the Nation’ showcases a number of literary devices. The important ones are mentioned below:

Barlow uses several themes in this poem. To be specific, the important themes are class difference, hunger and lust, and nation-building. Barlow uses the theme of class difference by depicting two individuals: one a driver and another a personal secretary of the state. The items the secretary had in the luncheon hint at the resourcefulness of the upper-class people. Whereas the poor or those who have a meager income suffer from hunger.

The theme of hunger is depicted from different perspectives. For example, the secretary is hungry even after he had a great luncheon. While the driver is hungry due to his financial state. So, the former is not actually hungry, he is greedy.

Another important theme of this poem is nation-building. According to the poet, the real nation builders are those who relentlessly do their job, not the ones who serve their greed and selfishness.

In fact to a luncheon at the Vic.

The first stanza of the poem ‘Building the Nation’ introduces the scene and characters to the readers. The first persona from whose perspective the poem is written is driving a Personal Secretary to some urgent function. Barlow’s speaker uses past tense. Thus all that happened with him during the day is narrated here.

The first two lines are enjambed. Here, the speaker clarifies that he also had a share in nation-building. The question comes, how? By driving a Personal Secretary to an important event. He contributed to building the nation by saving the secretary’s time and driving him safely to the occasion.

A tautology occurs in the fifth line. In this line, Barlow uses the terms having almost a similar meaning, “important” and “urgent”. The next line creates a paradox as the important event was nothing other than a luncheon at the Vic.

The menu reflected its importance

Coffee to keep the PS awake on return journey.

This stanza is totally dedicated to the items that the secretary and others had at the luncheon. Barlow ironically uses the term “importance” again in the first line of this stanza. According to the speaker, the menu reflected that some upper-class or aristocratic personalities were present there.

The menu included cold bell beer, fried chicken, wine, ice cream, and coffee. Even though it was a luncheon, the items eaten by them reflect that it was like a liquor party of the aristocrats. If this was the case, readers can understand what important matters might have been discussed there!

Along with the list of items, Barlow associates what happened at the lunch. Those who were present there sipped beer with niceties of fried chicken. They had a small talk over significant affairs. Most of the time they were busy cracking stereotype jokes and hiding the hollowness of their laughs. The coffee that the PS had there kept him awake while returning.

I drove the permanent secretary back.

He yawned many times in the back of the car

The pains we suffer in building the nation!

The third stanza of ‘Building the Nation’ contains the main attraction. In this section, Barlow details the conversation between the driver and the secretary. The speaker noticed that the secretary was yawning at times. It gives readers a hint that the meeting was either boring or he was bored with such hollow meetings happening every now and then, without any realistic resolution or outcome.

Suddenly, he asked the person who was driving the car if he had any lunch with him. The speaker smiled secretly to hear the secretary’s concern. He had been there at the luncheon. Still, he was asking the speaker for food. He tried not to disrespect and answered politely that he was slimming (or dieting). That’s why he did not have lunch.

The secretary seriously replied he also had none. His reply amused him rather than annoying him. Why does he say so? A person like him saying he did not have lunch would surprise any commoner. Those who earn a meager income skip eating to save their money.

In the secretary’s there is an undertone of class difference. He refers to the driver as “Mwananchi”. It means an ordinary East African citizen. He tells the driver that he attended a meeting to discuss some serious state matters. The following line contains an alliteration in the phrase “delicate diplomatic duties”. This phrase also describes the nature of the secretary’s work.

While attending such meetings, oftentimes he skipped his lunch. It caused him ulcers and wind. The last line of this section creates an ironic effect as here the second speaker compares his stomach pain to the hardships of nation-building.

So the PS had ulcers too!

In this stanza, the first-person speaker reflects on what he heard from the secretary. He compares himself to the secretary and says that they both have ulcers, equally painful. Readers have to focus specifically on the adverb “equally”. This term hints at the thing that is absent in society, equality. However, death and disease are both egalitarian in nature. All human beings are the same to them.

The last two lines create an antithesis. Here, the speaker says that hunger caused ulcers in his case. Whereas “sumptuous lunches” caused the secretary pain. These lines also tap on the idea of the lifestyle of those who belong to the upper strata of society and those who are below the poverty line. In the former’s case, the things they had in excess cause health-related issues. While the latter suffers from hunger as well as ulcers.

The result of building the nation –

The last stanza of ‘Building the Nation’ is written from the poet’s point of view. After narrating the story, Barlow refers to both of them as “nation builders”. They arrived at their respective homes with similar stomach pains. He compares their illness to the result of building the nation, but in different ways. What are these different ways?

To understand this, readers have to ponder over the phrase “building the nation”. Who are the nation-builders present in the poem? The answer is the driver and the secretary. The driver contributed to nation-building by saving the secretary’s time. And the secretary attended the meeting to discuss matters of state. So, they both contribute to the nation in their own way. At the end of the day, they are both giving back to society. Readers can also interpret this poem as a satire on aristocracy and the upper section of society.

Christopher Henry Muwanga Barlow, a Ugandan poet, is best known for his poem ‘Building the Nation’. He started writing in the 1940s when he was studying. But, his first collection of poems “Building the Nation and Other Poems” was published in 2000. The poem ‘Building the Nation’ appeared first in 1970 in ZUKA – A Journal of East African Creative Writings. It was very popular in Uganda and abroad. The poem regularly appeared in literary journals and textbooks. In this poem, Barlow presents the character of a Permanent Secretary. Interestingly, Barlow was a civil servant and became Permanent Secretary in 1963.

When was ‘Building the Nation’ published?

What is the subject matter of ‘Building the Nation’?

The poem is about two characters a Permanent Secretary and a driver. Barlow features how they both suffer from ulcers, a result of building the nation.

What does “nation-building” mean?

As the term denotes, it means the creation and development of a nation after its independence.

What is the theme of ‘Building the Nation’?

The poem taps on the themes of poverty, hunger, class difference, hypocrisy, and social stereotypes.

What is the tone of the poem?

The tone of this piece remains the same throughout. Barlow uses a sarcastic, ironic, and humorous tone in this poem.

Here is a list of a few poems that are similar to the themes present in Henry Barlow’s poem ‘Building the Nation’.

You can also read about these short humorous poems and poems about life and fulfillment.