‘Barbed Wire’ is a poem about the tragic death of a horse on a summer afternoon. This piece explores the quick, sudden death of the horse. 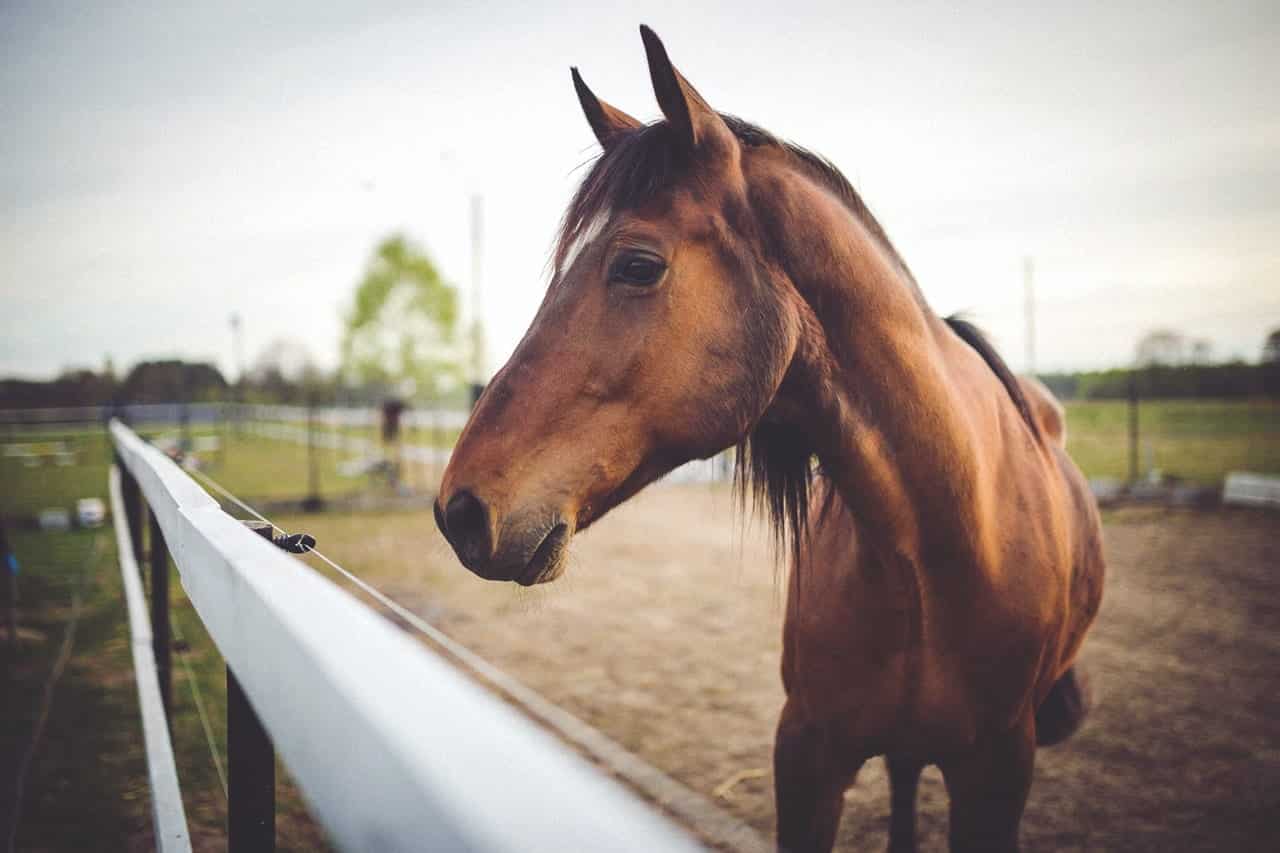 ‘Barbed Wire’ appears in the American poet Henry Taylor’s poetry collection The Flying Change, for which he was awarded the Pulitzer Prize. This collection explores Taylor’s childhood in the rural landscape of Virginia. His love for horses is displayed throughout this piece. Especially in ‘Barbed Wire,’ Taylor laments the accidental death of an innocent horse. The poem begins in a typical, pastoral style. But, the tone and mood suddenly take a tragic turn, ending up with an image-filled portrayal of the horse collapsing on the ground.

‘Barbed Wire’ by Henry Taylor describes the surprising death of a horse that rips its neck on a barbed-wire fence.

This poem is about a summer afternoon from the poet’s childhood. There is nothing much that he can share except a horse that died tragically on that day. A group of men was standing near a tractor, and the horse poked his head between the barbed wire fence to eat grass along the lane. Alarmed by a sudden sound made by those men, the horse tried to get out his neck. The spikes badly wounded its neck. After releasing its wounded neck, it slowly collapsed on the ground and died.

One summer afternoon when nothing much

along the lane, when it happened—something

Taylor’s ‘Barbed Wire’ is an image-rich poem that details the scenes from the poet’s memory in a photographic manner. It seems like watching a short scene of death. The pace of the poem matches the content in every bit. For instance, the first stanza quickly depicts the scene in front of readers. The details help us to imagine what is going on quickly.

It was one summer afternoon in a rural landscape. As usual, there was nothing much happening in the speaker’s surroundings. He was there looking at the scene from a distance. From there, he can clearly see the tractor beside the barn, a few people standing around, and a horse. The focus quickly shifts on the horse.

It somehow managed to poke its head between two prickly strands of the barbed-wire fence. It was trying to reach the grass growing along the lane on the other side of the fence.

they passed around the wood stove late at night

then he did get scared, jumped sideways and ran

When the poet observed how the horse was feeding at the grass, something happened that he can vividly remember. Those people who were standing near the tractor passed something around the wood stove late at night that could not be explained. It was not the thing that caused any trouble. Rather, someone may have dropped a wrench in his toolbox or made a sudden move.

It was all needed to alert the horse. Besides, they might be thinking about what would happen if they managed to scare the horse while eating. Unfortunately, it got scared by the sudden sound. Being afraid, it tried to move its neck by jumping sideways.

down the fence line, leaving chunks of his throat

down as if to watch his blood running out,

Then the horse ran down the fence line. It did not know that its excitement would cause some fatal injury to its neck. However, while struggling to get the neck out, it was badly wounded. Chunks of its throat, neck, and hair were on every barb for ten feet.

Finally, when it managed to pull itself free, it ran a short way into the field after this long self-imposed torture. It felt a sort of soothing yet, at the same time, painful. However, the horse stopped and planted his hooves wide apart on the ground. The poet describes the way the position of its legs with an image of a sawhorse.

Then, it hung its head down from its neck. It seemed to the speaker as if it was trying to watch how its blood ran out of its neck.

almost as if he were about to speak

The last stanza of ‘Barbed Wire’ describes how the horse suffered just a few moments before its death. Firstly, the speaker talks about the group of men who were standing nearby. It seemed the dying horse was about to speak to them. They might be thinking how the horse was regretting the fact it could no longer stand.

The thought quickly vanished as the horse collapsed and its lifeless body fell on the other side. Slowly, it gave up breathing. In contrast to that, the barbed wire hummed (use of onomatopoeia) in a notorious, drunken way. As if some hunter has shot an arrow with a bow and rejoicing with the humming sound of the string.

Taylor writes ‘Barbed Wire’ in free-verse. It means there is no regular rhyme or meter in the text. It consists of a total of four stanzas. Each stanza contains six lines. The overall poem is written in continuity. While reading, readers can understand how quickly the horse died, like the pace of the poem. Besides, the poem is written from the perspective of a third-person narrator. The speaker is none other than Taylor himself. This piece centers on a day of his childhood.

Taylor makes use of the following literary devices in ‘Barbed Wire’.

What is the poem ‘Barbed Wire’ about?

Henry Taylor’s poem ‘Barbed Wire’ is about a tragic death of a horse that tried to fetch the grass from the other side of a barbed-wire fence by poking its neck through it. The prickly barbs wounded its neck badly while it was struggling to pull itself free.

When was ‘Barbed Wire’ published?

The poem was published in 1985 in Henry Taylor’s poetry collection, The Flying Change. He won the Pulitzer Prize for this collection in 1986.

What type of poem is ‘Barbed Wire’?

It is a free-verse poem that consists of four stanzas containing six lines each. There is no regular rhyme scheme or metrical pattern in the text. The overall poem is written in the manner of a continuous scene.

What is the main poetic device used in ‘Barbed Wire’?

The main poetic device of this piece is imagery. Taylor uses a variety of images in this poem, including visual, auditory, kinesthetic, and organic. For instance, in the first stanza, he uses visual imagery to describe the surroundings.

Here is a list of some poems that similarly explore the themes present in Henry Taylor’s poem ‘Barbed Wire’.

You can also read about these incredible poems about horses.