“Venice — Venus?” by Hilda Doolittle is an insightful poem about Doolittle’s reasons for writing despite critiques. Doolittle reveals that her ultimate source of inspiration is divine.

Hilda Doolittle was one of the leading members of the Imagist movement.

Her work is packed full of beautiful, memorable images.

Central Message: Poetry is an extension of a poet's existence

"Venice — Venus?" by Hilda Doolittle is a personal, though-provoking poem about the purpose of a poet and Doolitte's divine source of poetic inspiration.

“Venice — Venus?” by Hilda Doolittle is the fifth poem in ‘Red Rose and a Beggar,’ the first part of her book Hermetic Definition.

In this free verse poem, Doolittle addresses her lover-critic, explaining that Venus forces her to continue writing poetry. The poet relates that without her writing, she may as well be dead.

Like the rest of the poems from Hermetic Definition: ‘Red Rose and a Beggar,’ the speaker in “Venice — Venus?” is the poet, Hilda Doolittle.

In the opening of the poem, Doolittle equates Venice with Venus. She states that her job as a poet is to speak through Venice and Venus, indicating that her sole “station” in life is to write of love.

The poet mentions that the poem’s addressee, her lover, brushed aside her poetry. Even though he found it fascinating, he thought it was far too refined, concise, and sentimental.

Doolittle responds by asking herself, “why must I write?” She admits that her lover would not like her explanation. However, she explains that Venus lifts the veil between the divine and mortal world, allowing Doolittle to see beyond her reality.

The poet then explains that Venus commands her to “write or die,” indicating that Doolittle and her poetry are one and the same. Therefore, without poetry, Doolittle may as well be dead.

“Venice — Venus?” is a companion poem to the previous two poems in Doolittle’s book, Hermetic Definition. These poems, while captivating, are intensely personal, revolving around the people and places dear to Doolittle.

The first poem in the book is “Why did you come,” in which Doolittle expresses her growing affection for a younger man. In her interviews and personal letters, Doolittle revealed that this younger man was Lionel Durand, a famous journalist.

Like “Why did you come,” “Venice — Venus?” is in many ways about Lionel Durand. The quotation from stanza three, ‘“fascinating… / if you can stand its preciousness,’” refers to Durand, who thought that “Why did you come” was far too sentimental and refined.

Still, this poem has room for complexity, just as in most of Doolittle’s work. By Turning “Venice” into the word “Venus,” Doolittle also calls back to the line “Doge — Venice —” from “Take me anywhere, anywhere;.”

This reference to Venice is an allusion to Doolittle’s ex-husband, Richard Aldington, who lived in Venice during the writing of ‘Red Rose and a Beggar.’ Doolittle and Aldington also began their relationship during a tour of Florence and Venice.

Thus, with these references, Doolittle makes it clear that this poem is about love and heartbreak, speaking out to her lovers as one person.

The three-line stanzas match most other poems in ‘Red Rose and a Beggar,’ reflecting the entities involved in each verse: the poet, the archetypical lover, and Venus, also associated with Isis in the book of poems.

There are not too many literary devices in “Venice — Venus?” by Hilda Doolittle, but there are a couple worth mentioning:

this must be my stance,

my station: though you brushed aside

In the poem’s opening, Doolittle equates Venice with Venus, using long dashes to connect her thoughts and create a pause in the poem. This first line is not just a comparison. Instead, it is an invocation to Venus and to Venice, the place where she first fell in love with her ex-husband.

Thus, in this short first line, Doolittle emphasizes that she will focus on the themes of love and desire in this poem.

The poet then assumes that her role as a poet is as a romantic, tasked with the writing of love affairs, desire, and lust as if it were her “station” or job. She places herself as a feminine force, thus equating her poetry with femininity.

In the last line of the stanza, Doolittle uses a colon to create a natural pause, or caesura, within the line. Then, “though you brushed aside” marks the end of the stanza, crafting a lingering enjambment that stresses how forcefully the “you” figure brushes aside Doolittle’s verse.

In stanza two, the poet begins to explain why she writes about love so frequently, explaining that no matter what she does, she cannot avoid it.

In line three, she also explains that she has tried to “get away” from writing romantic poetry. This line creates a slightly desperate tone, as it seems clear that the poet can’t do anything other than write love poems despite wanting to do something else.

true, it was “fascinating…

you wrote of what I wrote;

In stanza three of “Venice — Venus?” the poet introduces the person she is addressing, the “you” figure. Based on the context of this poem, it is clear that she is addressing Lionel Durand, the young man whom she wrote ‘Red Rose and a Beggar’ about.

Durand is quoted as saying that Doolittle’s poetry was “fascinating… / if you can stand its preciousness.” With this quote, the poet stresses that many of the people dearest to her “brushed aside” her poems as overly refined, slightly intolerable, and fascinating.

why must I write?

but She draws the veil aside,

In stanza four, the poem turns as the poet asks herself, “why must I write?” She explains that the addressee of her poem, her archetypical lover, would not like her explanation, but she continues to explain it anyway.

The poet says, “She draws the veil aside,” capitalizing the word “She” to clarify that Doolittle is again referring to Venus. In this line, Doolittle explains that she is a conduit of Venus and that Venus reveals hidden, or veiled, mysteries to her.

This stanza is critical to the poem and the rest of the Hermetic Definition, as it places Doolittle as the prophet-poet who speaks divinely inspired words. Her muse is the hyper-feminine Venus, and her subject will, almost always, be love and relationships.

The poet continues describing why she “must” write in stanza five. According to the poet, Venus “unbinds” the poet’s eyes, allowing her to see things through divine inspiration.

Then, Venus “commands” Doolittle to “write, write or die.”

These final two lines, in their shortness, are sharp-sounding and harsh. According to the poet, if she does not write, she will die.

This stanza reveals that Doolittle feels like she can attain life through her persona as a writer, but without her work to speak for her, she may as well not exist. Her writing, inspired by her past lovers, is all she has, so she must continue writing. Otherwise, she does not have a place in the world.

Additionally, from another angle, Doolittle is most interested in eternal life through her poetry, as indicated by her position as a prophet of Venus. She has achieved what she set out to do in many ways, as we are still discussing and analyzing her poetry more than 60 years after her death.

What are the themes in “Venice — Venus?”

The themes in “Venice — Venus?” are love, divine inspiration, writing, and critique. Although the poem opens with an address to one of her lovers who has brushed aside her work, “Venice — Venus?” describes Hilda Doolittle’s reasons for writing despite criticism. Doolittle sees writing as her total existence, and without it, she believes that she would be nothing.

What is the tone in “Venice — Venus?” by Hilda Doolittle?

The tone of “Venice — Venus?” is questioning, ardent, and solemn. Though the poet questions herself and the addressee of the poem, she asserts her reasons for continuing to write despite critique. She is compelled to write for the sake of her existence, which adds urgency to the piece.

What is the mood in “Venice — Venus?” by Hilda Doolittle?

The mood in “Venice — Venus?” by Hilda Doolittle is encouraging and dedicated. The final line, “write, write or die,” is thought-provoking for writers who see their work as an extension of themselves. Additionally, Doolittles determination to write despite criticism is inspiring to writers, reminding authors and poets to endure criticism at all costs.

What is the purpose of “Venice — Venus?” by Hilda Doolittle?

The purpose of “Venice — Venus?” by Hilda Doolittle is to explain the poet’s determination for writing, address the criticism she has found from many of her lovers, and expose the poet’s source of inspiration. Doolittle, as a mystic and a classicist, finds her inspiration in Venus, implying that heartbreak and love are her muses.

If you enjoyed “Venice — Venus?” by Hilda Doolittle, you might like some of her other poems. Some of her best-loved works include: 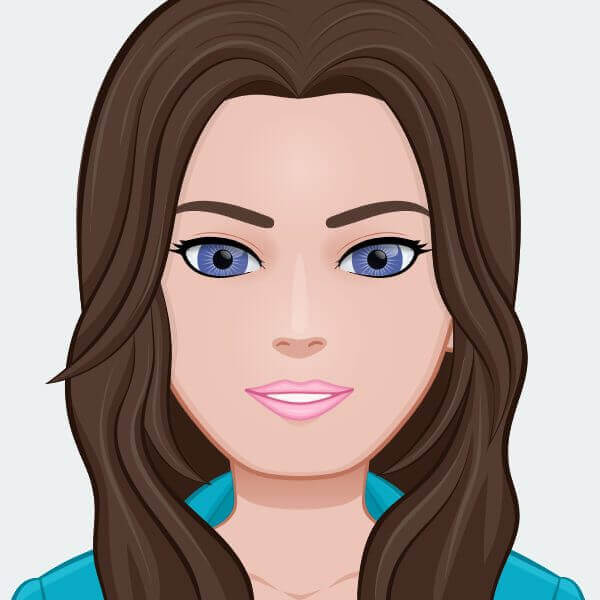 Aimee LaFon has a BAS with honors in English and Classics, focusing her studies on the translation of Latin poetry, manuscript traditions, and the analysis of medieval and neoclassical poetry. She is a full-time writer and poet passionate about making knowledge accessible to everyone.
Subscribe
0 Comments
Inline Feedbacks
View all comments