‘Coat’ is written by the Spanish-American poet Jane Duran. This poem taps on the themes of motherhood, love, and memory. 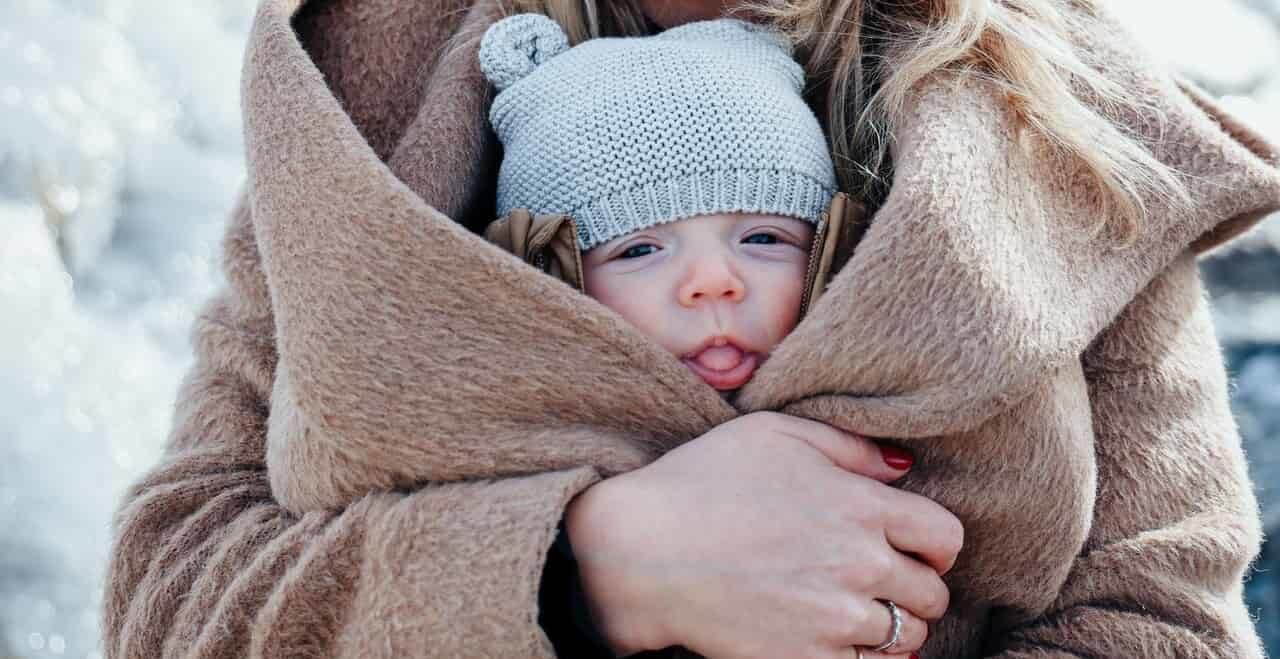 ‘Coat’ is a short poem that meditates upon the coat of a speaker’s mother. This speaker is none other than the poet Jane Duran herself. She spent her childhood days in America and Chile. In this poem, she shares one of her memories in which readers can find she is walking with her mother. For the chilly winter of the city, her mother embraces her and envelops her within her coat. The warmth reminds her of the golden days of childhood. Then she could seek comfort from her mother whenever she felt the need.

‘Coat’ by Jane Duran describes a windy winter night of New York City. The speaker recollects her childhood memory of walking with her mother in the city.

This poem shares a beautiful memory of the poet’s childhood. She shares one of her memories concerning her mother. While sharing the story, she also looks back to another memory with her grandmother. Whatsoever the main idea of the poem revolves around her mother’s coat which gave warmth to her in the chilling night of New York City. Often, when they went for a walk on winter nights, her mother embraced her and covered her with her coat. This scene reminds her of her mother, probably not with her when she was writing this poem.

It is a free verse poem that consists of six stanzas. Each stanza contains three lines and the last one contains only two lines. The poem does not have a specific rhyme scheme. Duran creates internal rhyming for maintaining the flow. Besides, there are some repetitions serving the same purpose as well. The short lines and the connection between the stanzas make a reader’s journey easy through the text. This poem does not have a set metrical scheme. There are both iambs and trochees in this piece.

The title of Duran’s poem ‘Coat’ is a metaphor and a symbol as well. Firstly, the coat refers to the warmth of love. It symbolizes her mother as well as her love for the speaker. Another important technique that is used in the poem is enjambment. By using this device, Duran internally connects the lines and keeps the flow unhindered while reading. The poet also uses imagery to vividly depict the scene. Readers can find the use of this device in “icy building”, “walk-in closet” and “black, warm street”. They can also find a simile in the third stanza and fifth stanza.

When it was bitter in New York City,

and bury my face in her coat,

Duran’s poetic recollection of her childhood days, ‘Coat’ begins with a reference to the “bitter” winter nights of New York City. It is the city where she grew up when she was young. Her speaker describes the cold with the taste of bitterness. This word depicts a sense of alienation. She was not so attached to the city like she was with her mother.

She would go out with her mother and have a stroll across the city. They walked past the “icy buildings” that stood as awe-inspiring figures for her childhood eyes. By using this phrase, the poet creates a chilling ambiance in the text.

Moving to the next stanza, she describes how she stood against her mother’s back to cover herself from the snowy wind. She quickly moved behind her mother and like a human shield, her mother stopped the chilling wind. In this way, she depicts how a mother always protects her child no matter how cold it is outside. For her, only her child’s comfort matters.

The speaker would bury her face in her coat. It is the first instance where the poet uses the term “coat” in the poem. Here, Duran uses the “coat” as a symbol of protection, comfort, and motherly love.

just there under her arm.

or even if the city was still there,

She slid under her arms on such winter nights. Duran uses a simile in the second line of this stanza. She compares the “coat” to her mother’s “walk-in closet”. This comparison portrays the spaciousness within her coat. It also depicts how a child thinks. She uses homely imagery for this purpose. Furthermore, she refers to the “yellow light”, another visual imagery, to depict the warmth of her coat.

Another childhood memory is in development here. The speaker says as a child she often visited her mother’s closet and shook out her “raw thoughts”. Those thoughts were not refined because at that time she was a child. A child does not tamper with her thoughts. She speaks it out as it is. Another important thing to mention here regarding Duran’s character as a child. It seems she was shy and could not express her thoughts in front of others.

When she was inside her mother’s coat, it hid him in such a manner that she failed to notice what was outside. The things they walked past are still unknown to her. In this section, the “coat” acts as a barrier between the speaker and the external world. The world outside is waiting to break through her innocence. But, the coat was there to prolong this process.

the long radiant hairs against my face

our slow progress down that black, warm street.

The last section of the poem ‘Coat’ paints a lovely picture. The first line depicts the long radiant hairs of her mother. When she was within her coat, her hairs came against her face. It felt like her grandmother’s woolen stole that provided her similar warmth. She recalls how her grandmother looked in that stole. There was a “fox’s head” that lay on her breast. It seems the woolen stole circled around her soldier appeared to her as a “fox’s head”.

Whatsoever the last two lines of the poem describe how the speaker clang to her “mortal mother”. If readers focus on the word “mortal”, it will take them to the theme of mortality. The grown-up poet is aware of this fact. She knows one day she is going to lose this warmth that kept her spirit alive in her childhood. However, like a slow-moving river, they walked down the “black” road. To be specific, the “road” was not warm at all. It was her mother who was responsible for making her journey warm, filled with selfless love.

Duran’s poem ‘Coat’ is a personal poem that shares one of the childhood memories of the Spanish-American poet. She was born in Cuba to an American mother and a Spanish father, Gustavo Duran. Duran spent her early days in the United States and Chile. In this poem, she talks about how she spent the wintry nights of America with her mother. The “winter” or the apparent “bitterness” showcases the themes of exile, loss, and silences that were present in other poems of Jane Duran. This poem was published in her collection of poetry “Coastal”. It was published in 2006 by Enitharmon Press.

What is the significance of the title ‘Coat’?

The title of the poem is a symbol of motherly love, warmth, and protection. The coat of the speaker’s mother becomes the main idea of the poem. It reminds how her mother protected her and gave her comfort even on the chilling winter nights. Her recapitulation revolves around this garment.

How does the speaker feel about her mother’s coat?

The speaker, who is the poetic persona of Duran, feels comfortable while recalling one of her childhood memories revolving around the coat of her mother. The memory provides her with the same comfort that kept her warm on the winter nights.

What are the metaphors used in the poem?

Firstly, the title ‘Coat’ is a metaphor for love. There is another metaphor in “raw thoughts”. Here, a comparison is made between unrefined objects and childish thoughts.

What is the theme of ‘Coat’?

The main theme of this poem is the love between a mother and her child. It describes how the coat reminds the speaker of how her mother loved her and protected her from the bitter winters of life.

The speaker of this poem is the poet Jane Duran herself. She shares one of her childhood memories in this poem.

Readers can also find the themes of the relationship between a mother and daughter, love, and warmth in the following poems. These poems are similar to Jane Duran’s poem ‘Coat’.

You can also read about the best-loved poems about motherhood and these nostalgic childhood poems.