‘A Person is a Person Because of Other People’ by Jeremy Cronin is a poem which examines the idea of communication, in its various forms.

Motho Ke Motho Ka Batho Babang (A Person is a Person Because of Other People) is a poem which examines the idea of communication, in its various forms. It details one wordless interaction between two men in prison; two individuals who find solidarity in a brief exchange.

Jeremy Cronin was involved with the South African Communist Party (SACP) during Apartheid. The title of this poem is in Sesotho – one of the indigenous Africa languages spoken in South Africa. and draws attention to the importance of human contact, suggesting that the individual is stronger when part of a collective.  Due to his political opinions, Cronin was arrested and served seven years in prison from 1976-83, therefore we may infer that this poem is autobiographical, and that the speaking voice is that of the poet himself.

A Person is a Person Because of Other People Analysis

The poem, which can be read in full here, is structurally interesting by way of its visual layout. There are no traditional stanza breaks and the narrative is laid out on the left while on the right, small asides provide translations of the wordless interaction. The form thus follows no regular pattern however the insertions add depth and detail to the brief exchange, highlighting the multi-layered and nuanced nature of human communication. The poem is composed of 28 lines which follow no rhyming scheme, perhaps reflecting human speech, which is also irregular and follows no form or rules.

The first line of the poem describes the way in which the narrator is attempting to communicate with another man: with the use of a mirror. We may assume that the owner of the speaking voice has been placed in solitary confinement and, given the poem’s political themes, that the prison guards wanted to prevent all contact between prisoners. Bearing in mind the highly forbidden nature of interaction between inmates, Cronin thus manages to underline the necessity of communication between humans, since these men are thus risking horrible punishment in order to have a simple, brief interaction with each other. From the first line, we see that not only can the men not use verbal communication, they do not even have a direct view of each other. From the poem’s beginning, it is imbued with tension and the brief exchange is made all the more intense by the poet’s use of the present tense, which gives a sense of immediacy to his words.

In the third line we are introduced to the man who will take part in the exchange with our narrator. It is important to note that he is initially referred to as a “person” and then as a “prisoner”. Keeping in line with the title, Cronin is again emphasising that these two men, regardless of their circumstances and situation, are first and foremost human beings, who thrive on communication.

In the mirror I see him see

My face in the mirror,

I see the fingertips of his free hand

In these lines, the poet plays with the idea of conversation by repeating the word “see”. Not only does this emphasise the numerous obstacles and barriers impeding the communication between the two men, it also introduces a central theme of the poem: wordless conversation. In A Person is a Person Because of Other People, the poet draws our attention to the importance of verbal communication through it’s absence. Vision, therefore, has a large significance in the poem, reflected even in the way it is laid out on the paper.

The poet goes on to describe the first sign the other inmate makes with his hand: “an object the size of a badge”. On the right hand side of the text, we are given our first translation, in brackets: “This means: A warder.” Next, the other man moves his fingers “like two antennae”, meaning “(He’s being watched)”. With these, the poet introduces yet more barriers to communication existing within the prison walls: not only can they not directly see each other, they are also under constant vigilance. The use of these asides, to translate the man’s wordless messages link back to the title: the other inmate is not using easily recognisable symbols and their meanings are in no way as obvious to the reader as they seem to be to the poet. Therefore, the poet’s inclusions of the translations allow the reader to understand and thus involve us in the exchange, not only adding more intensity but also extending this communication beyond the two men and beyond even the poem. This emphasises the essential meaning of the title; that the strength of the individual is made greater by their participation in the collective.

On the wrist of his polishing arm without

Disrupting the slow-slow of his work

The third symbol that the man makes is even more ambiguous than the first two. However, Cronin not only to extracts a meaning from it but also replaces the sign with what he imagines the man would have said, if he had used words: “Later. Maybe, later we can speak.” Here, the symbols have taken on even greater significance. Cronin is emphasising that even by taking away the access to words, humans can still express themselves and their personalities, and in this way interact with each other.

Immediately after, comes the sharp demand from the warden. These words, the first spoken of the poem, are in italics and contained on the left hand side of the poem’s layout. Despite this question being in Afrikaans, Cronin does not provide a translation, only labelling it “a voice from around the corner.” Throughout the poem, Cronin has been subtly minimising the importance of words themselves and we therefore find that a translation of this question is barely necessary, since both it’s presentation in italics and its source from, presumably, the warden allow us to infer its meaning. The other inmate’s response also requires no translation, and enlightens us a little more as to the meaning of the warden’s question.

The final lines of the poem describe the last and most important symbol the man makes with his hand. Cronin invites the reader in, again involving us.

We may notice that the hand the man uses to make the symbols is always referred to as his “free hand”. This creates an interesting split within the inmate represented by his two hands: the working one, which carries out his assigned task almost mechanically with a “slow-slow rhythm” and then the “free hand” which represents his freedom and humanity. Cronin again plays with the idea of communication here by referring to the free hand as “the talkative one”, personifying it and emphasising again the importance of human contact.

Cronin reverses the order when describing the final symbol that the man makes: giving its meaning before actually telling us what it is. This inversion places special emphasis on this final image and the easily recognisable sign of “a black fist” draws our attention once more to the power of non-verbal communication.

In A Person is a Person Because of Other People, the poet describes a brief, intense interaction between two men. Its informal register, use of the present tense and unusal typography give it an intensity and immediacy that draw the reader in. In this way, we can easily understand the poem’s message: a person is a person because of other people. Although stripped of his physical freedom and access to other people, the narrator and the second man find support and strength through the exchanging of hand symbols. This form of communication is made all the more poignant by way of its complete absence of words and thus the poet draws our attention in a subtle and beautiful way to the ultimate triumphing of human solidarity faced with adversity.

Jeremy Cronin was born on 12th September 1949 and is a South African writer and politician. He has always been involved with South African politics and currently serves as the South African Deputy Minister of Public Works. He carried out his undergraduate degree at the University of Cape Town and later did his Masters in Philosophy in France. Cronin published his first book of poetry, Inside, in 1984 following his release from prison. 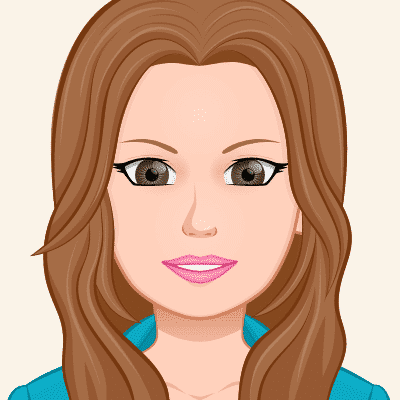 Born in Scotland, Lara has lived in France, Spain and Portugal and speaks five languages. She graduated from the University of Edinburgh in 2016 with a First Class degree in French and Spanish literature with a special focus on poetry. She currently lives in Lisbon and works in tourism and art, writing freelance in her spare time.
Subscribe
4 Comments
Newest
Oldest Most Voted
Inline Feedbacks
View all comments

Gilmour, Lara. "A Person is a Person Because of Other People by Jeremy Cronin". Poem Analysis, https://poemanalysis.com/jeremy-cronin/a-person-is-a-person-because-of-other-people/. Accessed 23 January 2023.