The Pride of Lions by Joanna Preston

‘The Pride of Lions’ by Joanna Preston describes what happens after a speaker’s husband is transformed into a lion. It presents a message about what relationships require in order to be successful. 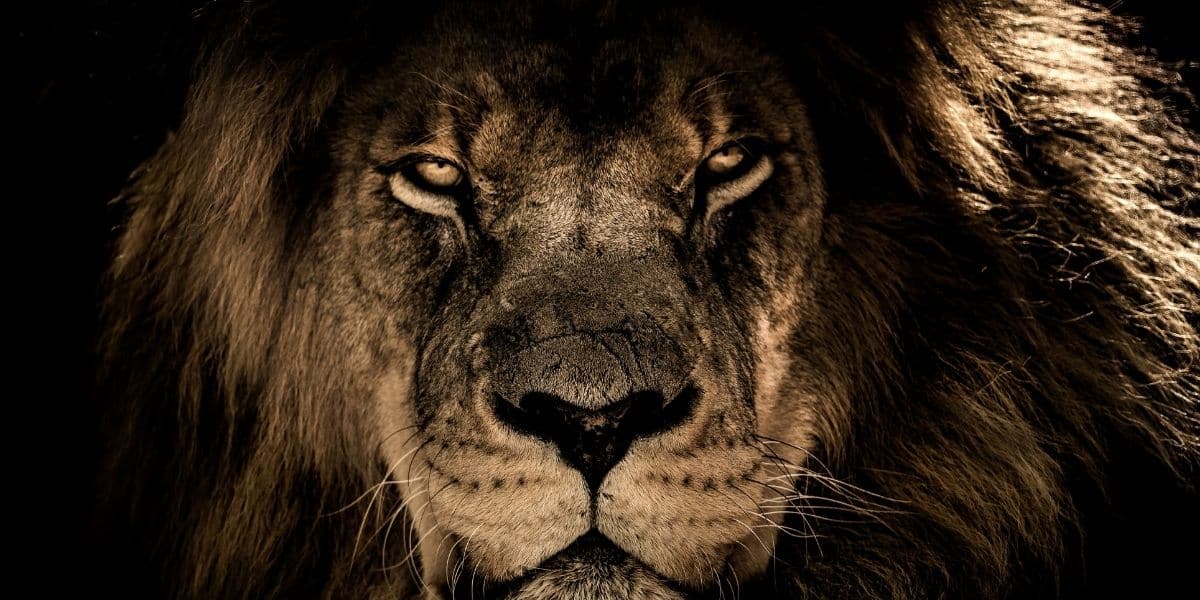 This piece was first published in The Best Australian Poems in 2005 and later included in the poet’s collection, The Summer King. The piece uses various techniques to depict a man as a lion.

Readers should note that in the title, the word “pride” can be interpreted to mean a group of lions but also as the “pride” or ego of lions. In this case, the speaker’s husband.

Explore The Pride of Lions

‘The Pride of Lions’ by Joanna Preston describes a man’s transformation into a lion and how it affects the poem’s speaker (his wife).

The poem begins in the middle of a lion, depicting a sudden transformation. Before the speaker and her husband got married, he turned into a lion. He had trouble adjusting to the change, and she tried to help him. Often, he was afraid, and she’d try to help pick out bits of debris from his hair. He swatted her away, telling her “no” in the only way he could. He refused to eat fruit and milk and instead ate raw meat the speaker brought him. The speaker had to make major adjustments to her life in order to accommodate him.

The poem ends with the speaker expressing her admiration of his tail and the texture of his tongue on her skin.

But before we could marry, he became a lion –
(…)
and I burnished them as he slept.

In the first lines of this poem, the speaker begins by describing how her husband turned into a lion before they could get married. This was a sudden transformation, one that is emphasized through the fact that the poem begins in the middle of a thought. It was composed this way, the poet revealed on her blog, in order to draw the reader in but also show how sudden the transformation was.

He was a true, physical lion within the fictional world of the poem. He had to start walking on all fours, a transition that was difficult for him, and he had a new weight on his shoulders. Many of the characteristics of his new form are associated with traditional masculinity. He is holding onto a weight he perhaps, feels he can’t share and has a physical strength he has to contend with and carry.

Burrs matted his mane, and for days
(…)
but tore meat from the bones I provided.

Despite his strength and size, there was much he couldn’t do on his own. This frustrated the speaker’s husband. When she tried to help him, he slapped her hand away with his “suede paw,” choosing not to use his claws. Some may interpret this line as an example of physical abuse, but, in the poet’s own words, she wrote this line as a way of suggesting that as an animal, he has no other way to communicate. He doesn’t want to hurt her, show his frustration. He’s not a tame cat, a creature one can pick up, pick at, or do what they want with.

The speaker also notes how he wouldn’t eat fruit or milk, instead of gorging himself on raw meat that she brought him. Whether he can eat human food is unknown, but he chooses not to, perhaps preferring to remain within the realm of what seems lion-like or masculine.

His claws caught in the carpet,
(…)

and rang with the chime of his nails.

In the fifth stanza, the speaker again contrasts the power of the lion with his environment. His claws get stuck in the carpet, inspiring the speaker to remove them. There is a great example of imagery in this stanza: she “polished the boards until they gleamed / and rang with the chime of his nails.”

I stroke his saffron hide
(…)
the rasp of his tongue on my thighs.

In the sixth stanza, the speaker describes rubbing her hand on her husband’s “saffron hide” and tangling her fingers in his “ruff.” These are experiences that are written about in a pleasant way. There is a beauty to his new form that she appreciates. This is emphasized in the last lines when she describes the “lash of his tail” and the “rasp of his tongue” on her thighs.

It appears that by the end of the poem, her husband has come to accept her help and opened himself up to her love. He is more comfortable with her and she with him. This concludes the poem with an overarching message—relationships take time, understanding, and compromise.

‘The Pride of Lions’ by Joanna Preston is a six-stanza poem that is separated into uneven sets of lines. The first stanza contains two lines, the second: four, the third: four, the fourth: two, the fifth: four, the sixth: four, and the seventh: two. A pattern develops of alternating quatrains (sets of four lines) and couplets (sets of two lines).

The poem is written in free verse. This means that it doesn’t make use of a specific rhyme scheme or metrical pattern. But, there are examples of both within the lines. For example, there are moments where the poet uses a rising rhythm. This means they start with an iamb or anapest. Sometimes, lines also begin with trochees or dactyls.

What are the themes in ‘The Pride of Lions?’

The themes at work in this poem include difficulties associated with relationships and understanding. The poem uses an image of the speaker’s husband as a lion and the difficulties they face as a metaphor.

Who is the speaker in ‘The Pride of Lions?’

The speaker is a wife whose husband has turned into a lion. In the realm of the poem, the transformation is entirely real. But, as readers explore the lines, it is filled with metaphorical messages about relationships and compromise.

What is the purpose of ‘The Pride of Lions?’

The purpose is to explore how difficult relationships are and what they need to succeed. The speaker suggests that they need understanding, openness, a willingness to get and give help, and more.

What does the title of ‘The Pride of Lions’ mean?

The title refers both to the “pride” of a single man who is turned into a lion and serves as a reference to a group of lions. This can be interpreted as a “group” of people who have trouble setting aside their egos.