‘Dream Song 14’ is a short poem that is one of Berryman’s most popular and anthologized. It was published in his 1964 volume, 77 Dream Songs, which won the Pulitzer Prize. This is far from the complete count of Berryman’s “Dream Songs”. After publishing the book he wrote more, until there  385. The majority of these poems come from the perspective of Henry, a character who is similar to and different from Berryman. He is often excitable and sometimes manic sounding. 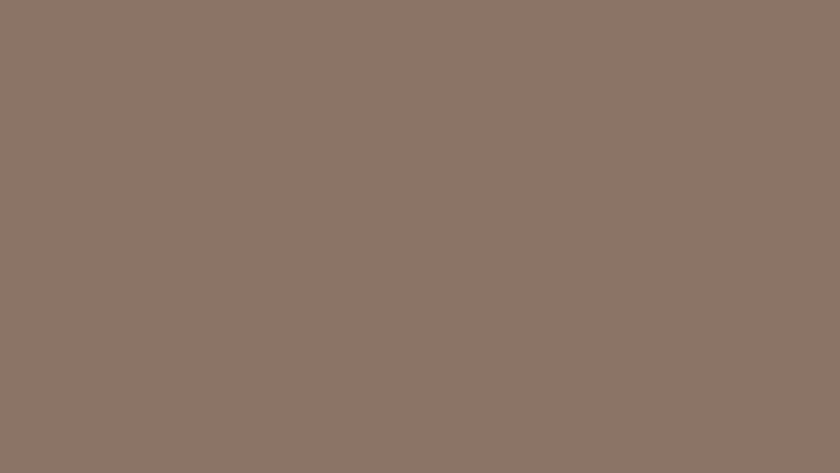 ‘Dream Song 14’ by John Berryman describes a speaker’s irritation and boredom with every part of his life as well as what is missing from it.

The speaker takes the reader through some of the many things in life that bore him. He knows he shouldn’t say so, but life itself is boring. He takes no pleasure from books or peoples. The great stories of people like Achilles also bore him. It’s not until the last lines of the poem that it becomes relatively clear that the speaker is so bored because he’s lost something integral to his life—companionship. A dog is used as a symbol of that missing companionship and the mark it’s left behind.

You can read the full poem Dream Song 14 here.

Berryman’s Dream Songs are complex poems that take a good bit of deciphering to get to the heart of. But, many of them tap into the same central themes. ‘Dream Song 14’ engages with themes of reality, nature, and dissatisfaction, all themes readers can find in other Dream Songs. The speaker’s (Henry’s), dissatisfaction with the world is clear from the first lines. He can’t take pleasure in anything he does or in anything he sees. Everything is drab and without meaning. His reality is distorted by something he’s lacking —friendship and companionship. His boredom is “heavy” and oppressive feeling. It can also be seen through the way that Berryman chose to arrange the lines, use capitalization, and use enjambment.

Structure and Form of Dream Song 14

‘Dream Song 14’ by John Berryman is a three-stanza poem that is separated into sets of six lines, known as sestets. Some of the ones in this poem are more structured than others, approximately four of three lines in each stanza match up, maintaining a poetic form. For example, line one of the poem is written in iambic pentameter.

The same thing can be said about the rhyme scheme. It is far from regular, but there are some examples of half-rhyme throughout. Berryman uses this same pattern in his other Dream Songs as well.

Alliteration is another interesting formal literary device that is seen through the use and resue of words that start with the same consonant sound. For example, “say so” in stanza one and “have” and “heavy” in stanza two.

Life, friends, is boring. We must not say so.

After all, the sky flashes, the great sea yearns,

means you have no

In the first stanza of “Dream Song 14,’ the speaker begins by addressing his “friends” and telling them very simply that life “is boring”. The listener is addressed as a friend and the speaker has more that he wants to add. He knows that its wrong to say that life is boring, or at least that he isn’t supposed to, but he has to. It’s a truth that must be said aloud.

As if trying to make up for claiming that life is boring, the speaker decides to run through some of the things that make life interesting or at least should make life interesting. These include the flashes of lightning in the sky and the “yearn[ing]” sea. This is a great example of personification. He assigned human qualities to the ocean while asking the reader to relate to those qualities.

Just as the sea yearns, so too do human beings. The word “yearn” is used again at the end of line three, a clear example of repetition that’s meant to emphasize the importance of the word.

The speaker looks to his past after the lines about the sea. He remembers how his mother always chastised him for admitting that he was bored. She told him that boredom meant that you “have no / Inner Resources”. Between the end of the first stanza and the first line of the second stanza, the lines are enjambed. A reader has to move to the next stanza to find the end of the mother’s sentence.

Inner Resources.’ I conclude now I have no

inner resources, because I am heavy bored.

as bad as achilles,

In the second stanza, the speaker goes on to say that he knows he must be all that his mother warned him about. He has no “Inner Resources” to keep himself occupied and is always “heavy bored”. He’s bored by everything around him. “Great literature” and “Peoples”.The speaker is bored by all people everywhere and the best books ever written. The latter proves that he has attempted to read different literary works but still takes no pleasure in them.

The next line brings in “Henry,” who is in fact the speaker of the poem. He is here talking in the third person, admitting that he is bored with himself. Henry says that he is as boring and as irritating as “achilles”. He is so bored by Achilles that he couldn’t manage to capitalize his name. This is of course an allusion to the Greek hero Achilles who is remembered for his prowess on the battlefield and his temper.

who loves people and valiant art, which bores me.

And the tranquil hills, & gin, look like a drag

The third stanza begins with a few of the things that bother the speaker about Achilles. These include his love of people and of art, two things that the speaker has already admitted to hating.

The fourteenth line of the poem brings in the natural setting. While beautiful, they can’t keep his attention. They look like “a drag,” something he can’t manage to pay any attention to. He doesn’t care about alcohol either. The poem transitions in the next lines into its very striking conclusion. The speaker notes “a dog” that has “taken itself” off. It is a symbol of everything that the speaker is missing in his life, friendship, loyalty, and joy. It’s without these things that the speaker has to make his way through his life, making everything seem just as boring as he depicted it.

The last line is quite interesting. Berryman concludes the poem with the dog leaving behind “me, wag”. Even though the dog is gone, the dog’s emotion (as seen through its tail), is still there. The memory of it and the experience of having friendship/companionship is still alive in the speaker’s mind. This makes the poem all the more depressing as the speaker is well aware of what he’s missing. More than anything, this ending should make the reader think about what Henry is truly bored. The world or himself?

Berryman’s other ‘Dream Songs’ are a great place to start for readers who find themselves interested in this kind of writing. (For example, ‘Dream Song 29’.) Other good choices include poems that tap into similar themes or use surrealism and imagery in similar ways. For example, ‘A Dream within a Dream’ and ‘The Haunted Palace’ by Edgar Allan Poe as well as ‘Zone’ by Guillaume Apollinaire and ‘Flying Inside Your Body’ by Margaret Atwood.

Voice refers to the specific style an author writes in. This includes the way they use point of view, tone, rhetorical devices, syntax, and more.
Full Description | Glossary