‘Sea Fever’ is formed of three quatrains; the first and second lines always rhyming to form one couplet, and the third and fourth rhyming to form a second couplet.  The meter is heptameter but the types of feet are varied throughout the work and so the stresses on each syllable can change from line to line. However, despite its varying feet, it nonetheless seems to flow like music, and we may regard the irregular stresses as an attempt to mirror the uneven rhythms of the sea. Interestingly, although in the original version of the poem –  published in 1902 –  the first line of each stanza is “I must down to the seas again”, in later versions Masefield inserted the word “go”, altering both the verb and the meter of the refrain.

‘Sea Fever’ is brief and simple, yet its lyrical composition, repeated refrain, and poetic devices render it a perfect poem to be both read aloud or reflected upon in solitude.

John Masefield’s ‘Sea Fever’ is perhaps his most well-known work and describes the poet’s longing to go to sea. Despite its first-person poetic voice, the principal theme of wanderlust is one that transcends the speaker and can be identified with by many. Masefield spent time as a sailor aboard different ships and therefore can effortlessly demonstrate his love for and affinity with this lifestyle.

I must go down to the seas again, to the lonely sea and the sky,

And a grey mist on the sea’s face, and a grey dawn breaking.

The first stanza begins with the refrain “I must down to the seas again”, which is repeated at the beginning of each stanza and gives immediate sense to the title. Although we may identify the poem’s theme as the desire to go to sea, it also deals with the very human yearning to connect with one of the most powerful natural forces on earth. A hugely common theme in poetry, the sea has always been a fascinating source of inspiration for many. Masefield demonstrates an obvious adoration for this wild and beautiful entity, and seems to almost compare it to a person, referring to it as “her” and describing her “face”.

The desire to connect with the sea is shown through the pursuit of a sailor’s life as he asks for a ship to sail. He does not describe the sea in the most classically beautiful terms, here she is “grey” and “lonely”, giving more mysterious and melancholic connotations, yet enchanting nonetheless.

The use of alliteration in the first stanza contributes to the musical tone with expressions like “a tall ship and a star to steer her by” and “the wheel’s kick and the wind’s song and the white sail’s shaking”. This also serves to render ‘Sea Fever’ more appealing to the ear, and we can imagine it like a sea-chanty, being sung by lonely sailors.

I must go down to the seas again, for the call of the running tide

And the flung spray and the blown spume, and the sea-gulls crying.

The second stanza appeals to all five senses. Masefield’s descriptions allow the reader to feel like we are standing on the shore; listening to the “sea-gulls crying”, watching the “white clouds flying”, feeling the coldness of the “windy day”, and the saltiness of the “flung spray and the blown spume” on our tongue and nose. Again, the poet emphasizes the irresistible pull of the sea as he repeats the word “call”. With the second repeated refrain “And all I ask”, he seems to be underlining the simplicity of the sea, perhaps in contrast to the complications of everyday life; as if the sea’s wild nature is something comfortingly consistent and familiar. Indeed, the poem’s meter, although not strictly constant does imply a certain steadiness, contributing to its lyrical, musical feel.

I must go down to the seas again, to the vagrant gypsy life,

And quiet sleep and a sweet dream when the long trick’s over.

The third stanza of ‘Sea Fever’ brings the theme of wanderlust to the forefront. Masefield speaks of the “vagrant gypsy life” and expresses a desire for a “laughing fellow-rover”. This final quatrain is full of positive imagery like “merry yarn” and “sweet dream”. However, the poet refrains from painting an idyllic picture of a life at sea with the use of the expression “the wind’s like a whetted knife”: a powerful image which stands out by way of its alliteration and the sudden introduction of this sharp, violent object. In addition, Masefield mentions the wind in all three of the poem’s stanzas, perhaps to draw attention to the way in which ships are influenced both by man and by two of the most powerful natural forces: the sea and the wind. Here, we can sum up the central message of the poem: life at sea is full of contrasts – cruel winds and wild waves in perfect harmony together with the sweet and endless freedom it allows.

The last line of ‘Sea Fever’ broadens the scope of the theme, as it is slightly ambiguous in nature. The word “trick” in sailing terms refers to a watch at sea: four hours watching and eight hours rest. We may take it at face value and assume Masefield is again drawing attention to the simplicity of a life at sea, emphasized by the wonderful balance between work and rest. However, if we step back and take into account the universal nature of the two principal themes – the draw of the sea and the desire to travel – we may see the “long trick” as a reference to life in general, and “quiet sleep” as a peaceful death, allowing for a “sweet dream”, which is knowing we may rest in the afterlife in the knowledge that we worked well and lived truly. In that sense, the whole poem may be seen as a metaphor for life; with the sea representing a modest and humble way to live, more in touch with nature, and therefore better equipped to deal with any storms that may come our way.

However, ‘Sea Fever’ is undeniably a demonstration of the poet’s love for the sea and the life of a sailor. It is the poem’s modest simplicity and the relatable nature of these themes that allow us to draw certain conclusions from it with regards to our individual lives, a fact that makes the poem truly a work of art.

John Masefield was a British novelist, playwright, and poet born on the 1st June 1878 in Herefordshire, England. Both his parents died before he turned six and he grew up under the care of his aunt, a woman who did not approve of his addiction to reading, which he developed at a young age. In 1891 he began a life at sea and spent several years aboard the HMS Conway, where he spent a lot of time reading and writing. In 1895, after a brief illness, he boarded a boat destined for New York, however, his passion for writing led him to abandon ship upon its arrival in the US and he spent several years living the life of a drifter. He returned to England in 1897 where he married, had children, and embarked upon what would later be a successful career as a writer. ‘Sea Fever’ appears in his first book of collected works, Salt-Water Ballads, published in 1902. In 1912 he was awarded the annual Edmond de Polignac Prize and was Poet Laureate of the United Kingdom from 1930 until his death in 1967, the second-longest period of office ever held, after Tennyson. Masefield promoted poetry throughout his life and organized competitions, prizes, and annual recitals. 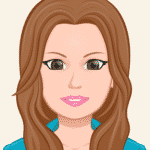 Born in Scotland, Lara has lived in France, Spain and Portugal and speaks five languages. She graduated from the University of Edinburgh in 2016 with a First Class degree in French and Spanish literature with a special focus on poetry. She currently lives in Lisbon and works in tourism and art, writing freelance in her spare time.
Subscribe
10 Comments
Newest
Oldest Most Voted
Inline Feedbacks
View all comments