Home
John Milton
Sonnet 19: (On His Blindness) When I Consider How My Light Is Spent by John Milton
Prev Article Next Article

On His Blindness, Sonnet 19, or When I consider how my light is spent to which it is sometimes called, is a sonnet believed to have been written before 1764, after the poet, John Milton, had gone completely blind. The sonnet is in “Petrarchan” style, rhyming ABBA ABBA CDE CDE. This form is also called an Italian sonnet. It is written in iambic pentameter, and it is separated into one octave, the first eight lines, and one sestet, of the remaining six lines.

Explore Sonnet 19: When I Consider How My Light Is Spent

Summary of When I Consider How My Light Is Spent

On His Blindness/When I Consider How My Light Is Spent is an exploration of a moral dilemma faced by John Milton, and conveyed through his speaker, as he was forced to come to terms with his blindness. Milton’s speaker is faced with the impossibility of continuing his works. Works which are often considered to be the same as Milton’s, types of writing, or not serving God due to his blindness. He is unable to continue as he had been, and he asks and receives and answer to his inner query.

Analysis of When I Consider How My Light Is Spent

When I consider how my light is spent
Ere half my days in this dark world and wide,

The poem begins with the speaker’s consideration of how he has spent the years of his life, represented as his “light.” This light, as well as being a metaphor for life, is also a literal representation of the days of Milton’s life in which he could see. The second line expands on that, explaining that before even half of the speaker’s life had passed, he is forced to live in a world that is “dark… and wide.” Since Milton went blind at 42, he’d had the opportunity to use his writing skills, his “talents” in the employee of Oliver Cromwell. He had risen to what was, more than likely, the peak of his possible achievement, the highest position a writer in England could hope to gain. He did not know at the time that his greatest works would be written while he was blind. His “talents” come into play in the next lines which are some of the trickiest in the whole piece.

And that one talent which is death to hide
Lodg’d with me useless, though my soul more bent
To serve therewith my Maker, and present
My true account, lest he returning chide,

Milton speaks of his “talent,” this talent, his skills with words and love for writing, was his entire life. His livelihood and self-worth depended on it. This word “talent” is the most important in understanding these lines. As a biblical scholar Milton was familiar with the texts of the bible and chose to reference, The Parable of Talents from Matthew 25, here. When Milton refers to talent he is relating the loss of his ability to read and write to the servant in Matthew 25 who buries the money given to him by God in the desert rather than investing it wisely. It is “death” to Milton to have hidden, through no choice of his own in this case, his talents beneath his blindness. The next lines begin to speak to Milton’s devotion to God. He explains that his talents are still hidden even “though [his] soul [is] more bent” to serve God and present his accounts through writing. He wants nothing more than to do right by God, and serve him. In this context, “account” refers to both his records in writing and money (once more connecting his dilemma to that in The Parable of Talents). He must do all he can for God, “lest he returning chide.” So that if God returns, he will not chide, or admonish, Milton for not taking advantage of the gifts that God has given him.

At this point, Milton is finishing the sentence that he began at the beginning of the poem with the word, “When.” In short, he asks, “does God require those without light to labor?” He wants to know whether when he is not able to continue his work, due to his blindness, will God still require work of him.

But Patience, to prevent
That murmur, soon replies, “God doth not need
Either man’s work or his own gifts; who best

Bear his mild yoke, they serve him best. His state
Is kingly; thousands at his bidding speed
And post o’er land and ocean without rest:
They also serve who only stand and wait.”

Milton continues on, invoking the personification of Patience in the next line. Patience appears as a pacifying force to “prevent that murmur” in which the speaker would question God (as described above). Patience replies to the speaker’s internal question, and the remainder of the poem is that response.

Patience explains that God does not need special gifts or works from man, such as Milton’s writings, but loves best those who “Bear his mild yoke.” This complicated phrase references a “yoke,” or a wooden frame, that used to be placed around the neck and shoulders of plowing animals. This would allow the animals to be directed around the field. Essentially, those who give over their life to God and accept that he is in control of their fate are loved best. That is what God requires, not “gifts” or “work.”

Patience comes to the final point of the poem in the next three lines.

Bear his mild yoke, they serve him best. His state
Is kingly; thousands at his bidding speed
And post o’er land and ocean without rest:
They also serve who only stand and wait.”

Patience compares God to a king, saying that his “state is kingly” with “thousands at his bidding.” These people, in the state that is the world, are part of the unlimited resources of the king, God. They “post” (or move quickly) over “Land and Ocean” without pausing for rest. The poem ends with the answer to the speaker’s unasked question, that those who are unable to rush over land and ocean, like Milton, also serve God.

John Milton was born on December 9, 1608 in London, England. He came from a middle class family and went to school at Christ’s College Cambridge where he originally intended to enter into the clergy. After leaving university he changed his plan and spent the next years of his life studying independently for a career as a poet.

During the years of the English Civil War, Milton worked under Oliver Cromwell to create pamphlets advocating for religious freedom, divorce and the freedom of the press. He also served in Cromwell’s government as secretary for foreign languages. It was in 1651-52 that Milton became completely blind. Milton was arrested in 1660 after Charles II came to the throne and lived out the rest of his life in the country, secluded from the world, working on his epic poem, Paradise Lost. This poem would serve as his legacy, and come to be considered among the greatest poems ever written.

Milton died in 1674 in Buckinghamshire, England, shortly after finishing the works, Paradise Regained, and Samson Agonistes.

Milton’s works would come to inspire many poets of the future, including Percy Bysshe Shelley, William Blake, and William Wordsworth. 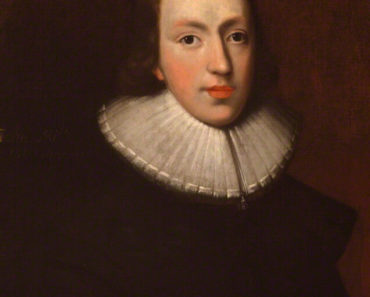